Becoming self-reliant, Vasai women are standing up for themselves as they make flags, deliver food and drive autorickshaws 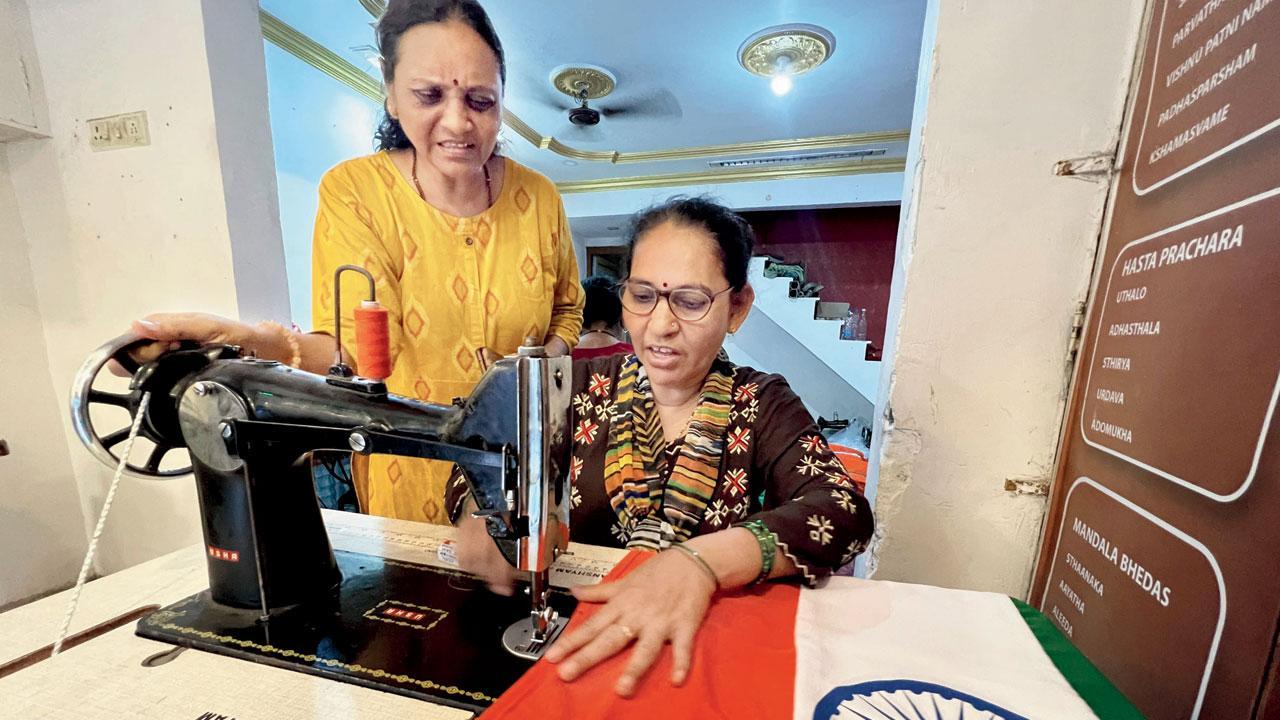 
Ashwini Bhagirath from Vasai has been deftly manoeuvring her hands, juxtaposing the white against the saffron and green, as she puts together the Indian national flag on her sewing machine. Bhagirath along with 400 other women are busy completing a gigantic order of sewing 75,000 tirangas allocated to them by the Vasai-Virar City Municipal Corporation (VVCMC). More than half of the order has already reached the corporation in just about 20 days. Prior to that, most of these women had no knowledge of how to put the flag, or their lives together. This was before NGO Samrudhi Mahila Bachat Gat, run by fashion designer Kiran Badhe, came into their lives.

Now Bhagirath, 41, earns Rs 15,000 monthly. While she is the wife of a policeman, a majority of the others associated with the NGO—around 600 women—are single mothers and widows. Many others suffer at the hands of their husbands who waste their earnings on alcohol. Badhe has, however, helped them all become self-reliant in Vasai Taluka. She has trained them to work as autorickshaw drivers, delivery women and tailors to make ends meet.

Sushila Sawant, 33, is a single woman who has been helping her elderly parents financially to run the house. “We started this tiranga project on July 18. Each woman earns around R300 a day depending on their working hours. Women finish their daily household chores before coming to the centre for sewing.,” she says. 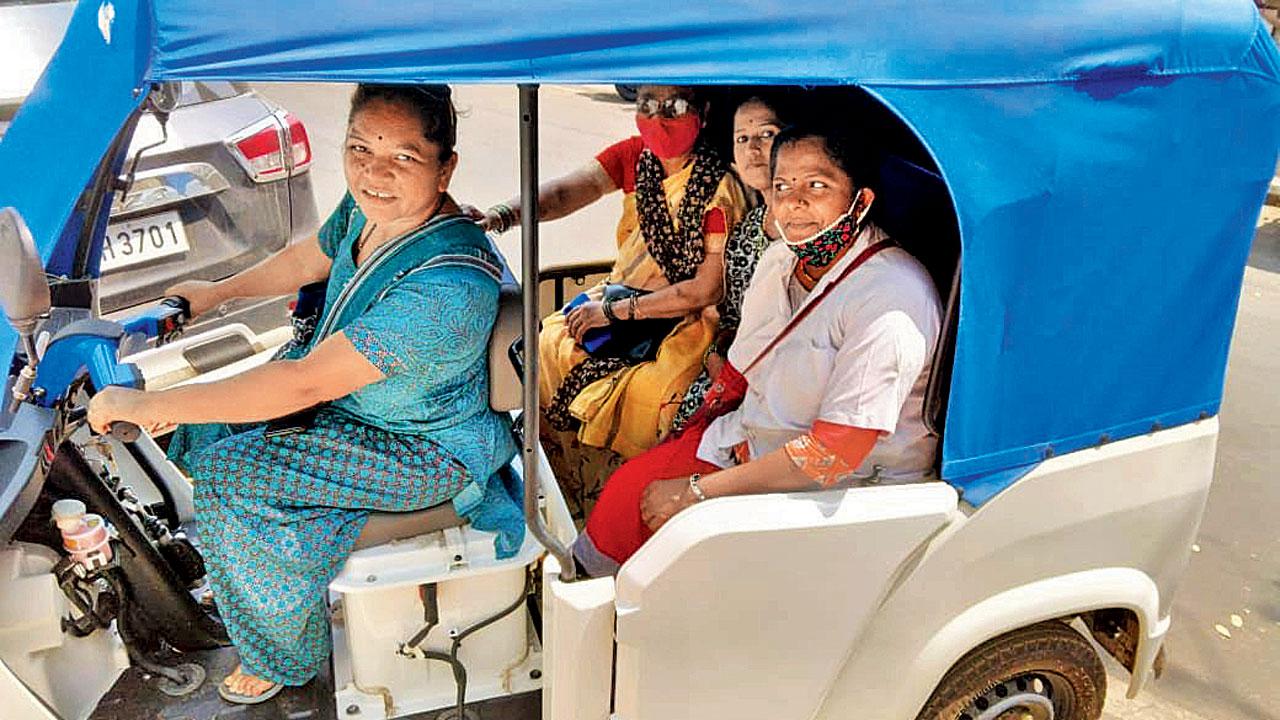 Trained in driving autorickshaws, these women ferry travellers in Vasai. They also helped people during the Covid-19 lockdown

Associated with the NGO for 15 years now, 47-year-old Shraddha Lakeshri says the flag project has not just provided her financial freedom, but also inner satisfaction. She devotes nine hours a day on tailoring. “I never say no to any new project that comes our way. VVCMC gave us the responsibility to stitch 75,000 Indian tricolours. We all joined hands to complete this project.”

Badhe says the tailoring initiative started during lockdown, following an aggressive demand for facemasks. “These women were unskilled then, but a brief training on how to cut the cloth and stitch it together, made them adept at making face masks. These were sold in Mumbai and adjacent districts.”

“I am an orphan and was raised at the Sisters of Charity in Vasai. I have two daughters, 10 and 11 years old. My husband left me for another woman when I was pregnant with the second child. I was struggling to raise my children as my-in-laws also harassed me. I had no other option, but to work as a super delivery woman,” 25-year-old Rupa Katela told mid-day.

In the morning, Katela readies her children for school, prepares their lunch and leaves for work. She delivers food daily between Vasai station and Vasai Gaon. In the afternoon, she also picks up her children from their school, serves them food and gets back to work. She earns R25,000 a month, from which she was able to get her house repaired. Badhe is also working to provide electric motorcycles to these women, so that they can deliver food faster.

“Other NGOs are helping us get driving licences (DLs) for 35 women so that they can ride two wheelers to deliver food. Local politicians are helping us get DLs for 300 women so they can ride two wheelers, auto-rickshaws, cabs and school buses in Vasai, Virar and Nallasopara,” she says. But a handful of women are already ferrying passengers in three wheelers in the areas since the lockdown.

Fondly identified as “Tufan Express”, widow Alisha Abdul Rahim Shah, 39, learnt how to drive the autorickshaw from her father. She now earns Rs 40,000 monthly. “There are passengers who try to exploit me, but mai dho daalti hu. I don’t tolerate any nonsense,” she quips.

Shah also ferried several Covid-19 patients as well as pregnant women to hospitals during the lockdown, when there was a severe crisis of ambulances. “People would always call me during the lockdown to rush their relatives to hospitals. I never said no to them and I am always accessible to needy people anytime. I have driven the auto till Nashik during the crisis.”

Thirty seven-year-old Anju Kailash Adole has been driving an autorickshaw along with her husband in Vasai to support the family. “I earn around Rs 35,000 a month. My husband also drives an auto-rickshaw in the same area. Though there are many drivers who mock us, I keep myself busy with work,” she says. Because of her assistance, the family is able to pay R9,000 rent for a decent home in Manikpur area of Vasai.

Next Story : BEST to set road map for e-buses across country