Environmentalist alleges dumping site is next to residential buildings and agricultural fields nearby have lost crop, turned brackish, unfit for cultivation 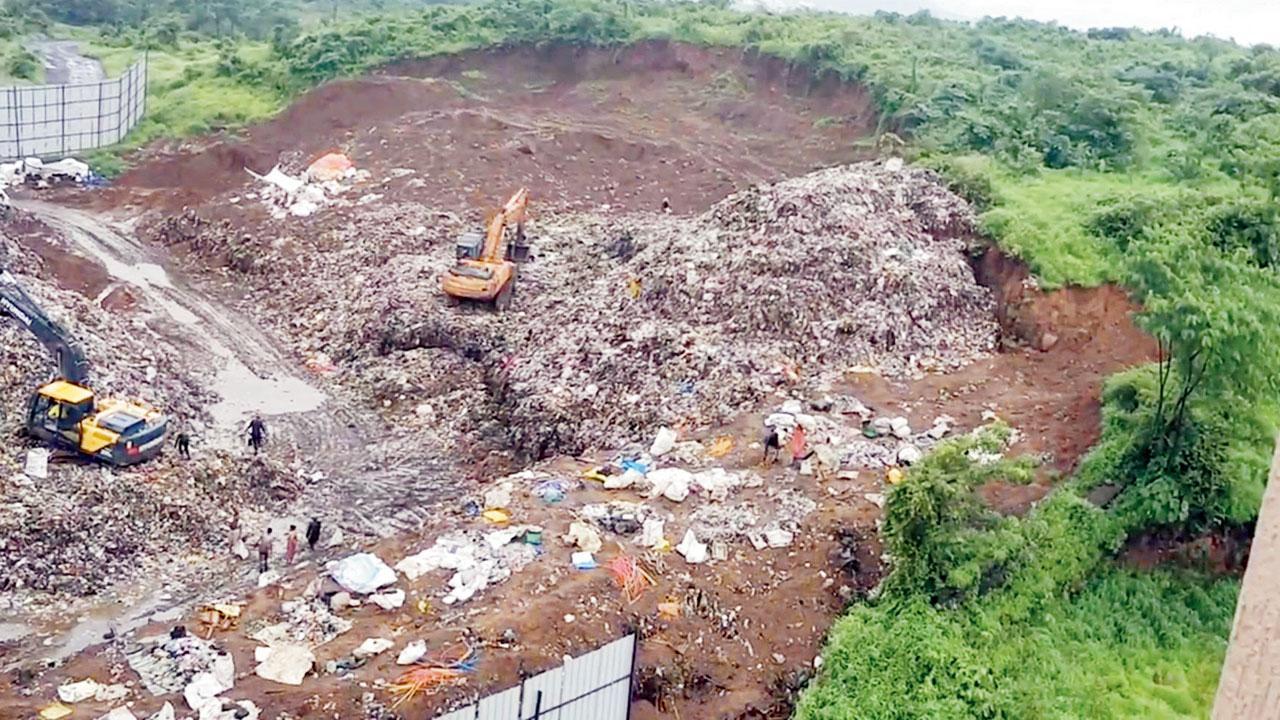 
In what poses great danger to human health, it has come to light that illegal dumping of mixed municipal waste is taking place at Ambarnath in Thane district, and an environmentalist claims the leachate from the dumping ground is flowing into water sources and vegetation nearby. The site in question is at Chikloli, Ambarnath West, adjacent to residential buildings. Besides garbage, the waste also contains construction debris.

Director of NGO Vanashakti, Stalin D, has written a letter to Principal Secretary, Environment Department–Maharashtra; Round Officer of MPCB-Kalyan; Secretary MOEF&CC, Collector of Thane; the Thane Forest Department and the Ambarnath Municipal Council on Saturday about the issue.

Talking to mid-day, Stalin said, “The illegal dumping of mixed municipal waste in Ambarnath, Thane district will cause enormous environmental degradation and is a danger to human health. The site at Chikloli, Survey number 132, is adjacent to housing societies.” Stalin claimed that agricultural fields nearby have lost their crop and turned brackish and are unfit for cultivation.

“Foul odour from the site emanates for almost a km. The leachate has seeped into a nearby housing society’s drinking water tank and rendered the water toxic. Many buildings there use water from borewells, which has also surely become toxic due to the leachate. We are surprised that the municipal body has chosen a residential area with schools and hospitals to dispose of municipal waste in the open,” added Stalin.

In his letter he has also alleged that this dumping is in gross violation of Municipal Solid Waste (MSW) rules, the Maharashtra Prevention of Non-Degradable Garbage Control Act, The Water Act, The Air Act and other laws of pollution.

He has also stated in the letter that they (Vanashakti) could not find evidence of authorisation from MPCB to set up oroperate the dumping site and so the site selection itself is in gross violation of guidelines to form garbage handling spots. Stalin has appealed to the authorities to immediately shut the site and undertake its scientific detoxification. Dr Prashant Rasal, chief officer, Ambarnath Municipal Council and officials from the Maharashtra Pollution Control Board (MPCB), Kalyan were unavailable for comment.