Mumbai: Kurla-Vakola link to be ready by next April, says MMRDA

MMRDA says 74 per cent of work on SCLR extension complete; new bridge will cut commute time between BKC and WEH by 15 minutes 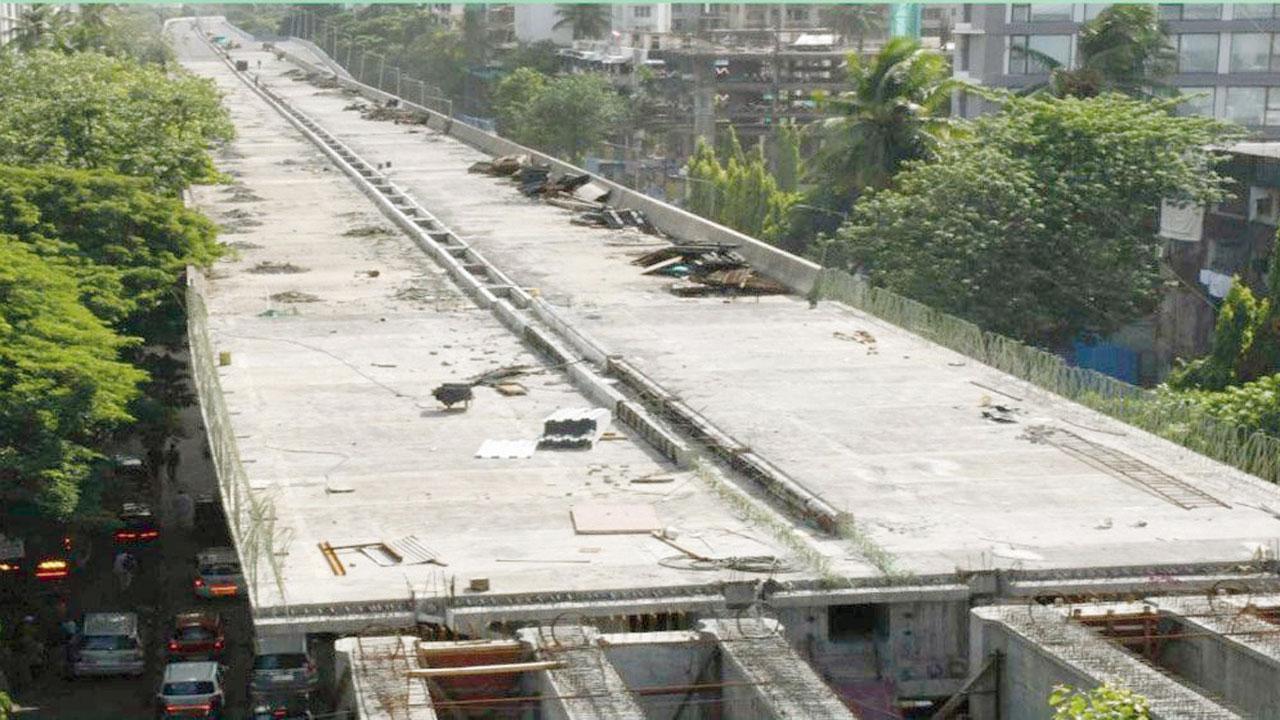 The work on the extension started in 2017. Pic/MMRDA


Motorists commuting between Kurla and Santacruz via the Santacruz Chembur Link Road (SCLR) should be able to cover the stretch much faster, with the MMRDA asserting that its Kurla-Vakola extension will be ready by April 2023. As per the infra planning body, three-fourths of the work on the east-west connector has been completed.

“The Kurla-Vakola flyover which is the part of SCLR extension is now 74 per cent complete. The east-west project has a 4-lane carriageway initially and subsequently a 2-lane carriageway until Vakola. This flyover will further smoothen traffic and facilitate direct connectivity between EEH [Eastern Express Highway] and WEH [Western Express Highway]. We are targeting to complete the work by April 2023,” said SVR Srinivas, chief of the Mumbai Metropolitan Region Development Authority (MMRDA).

Srinivas said the 1-km-long elevated section of the connector between Hyatt hotel-Santacruz to Raza chowk near BKC would be opened in less than two months. Once the phase 1 section becomes operational, motorists will be able to save 10 to 15 minutes. During peak hours, CST Road, BKC Road and Kalina Road see heavy traffic and it cascades to the business hub of Bandra Kurla Complex.

Dotted with shops dealing in scrap, used car parts and garages the stretch between Kurla and Kalia is particularly frustrating for road users. The elevated road is expected to solve this problem.  The work on the SCLR extension began in 2017. The 3.8-km elevated road starts near Kapadia junction and ends on the Western Express Highway near Vakola junction.  Being built at the cost of Rs 400 crore, one arm of the four-lane flyover will go towards Kurla and another towards BKC.

Rs 400cr
Cost of the project