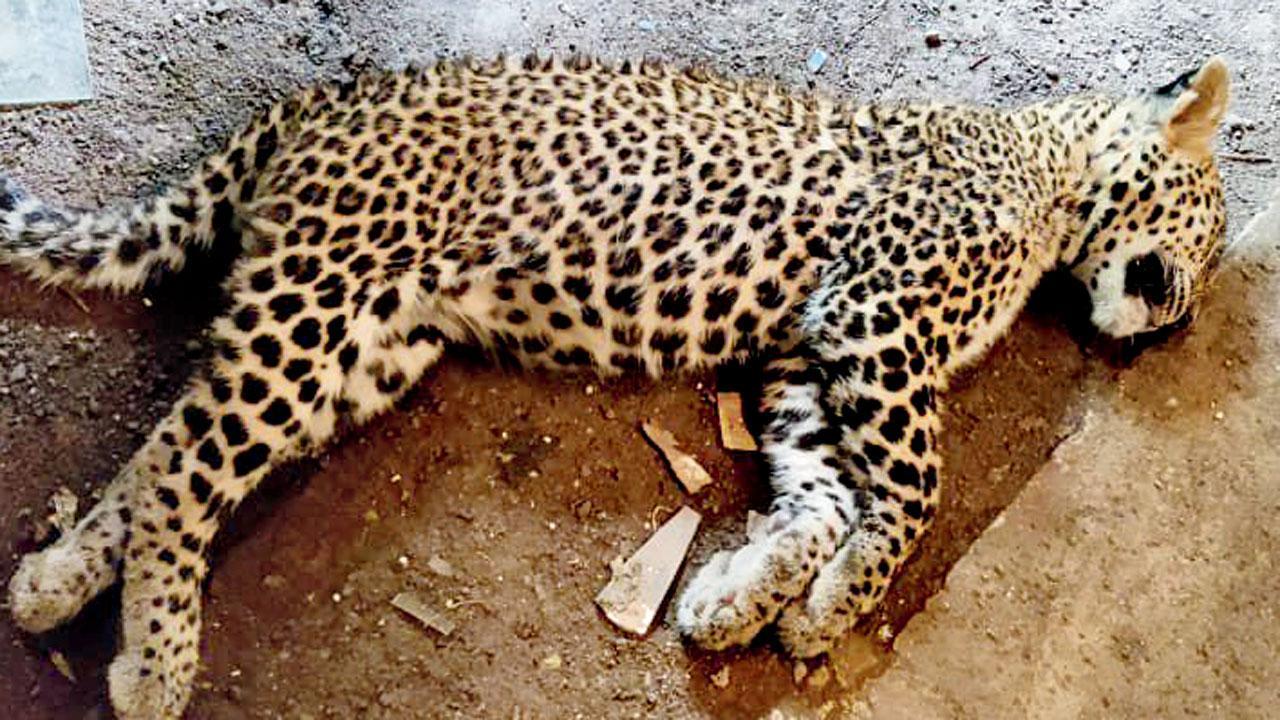 
The forest department is looking into the death of a male leopard cub, whose carcass was found on the premises of Film City in Goregaon East on Sunday. According to forest department officials, one Sarthak Gupta, who works at Film City, spotted the dead cub, which is estimated to be nine months to a year old, around 10 am while going about his duties. He then informed people on the set and the matter was eventually brought to the attention of the forest department.

Range Forest Officer Rakesh Bhoir from the Thane forest department (territorial) and Round Officer Narayan Namdev Mane reached the spot around 11 am. By then wildlife enthusiasts Kaushalendra Dubey and Vasim Athaniya, who are part of Aarey Colony's team of camera trappers, and Raj Jadhav and Aditya Shinde, members of the NGO Wildlife Welfare Association, had arrived to assist the forest department. The carcass was later taken to Sanjay Gandhi National Park (SGNP) for a post-mortem and cremated.

Bhoir said, “The cub was found dead adjacent to the set of the serial Channa Mereya. A preliminary offence report has been registered.” Dr Shailesh Pethe, assistant commissioner, wildlife, SGNP, said, “The post-mortem was conducted by a team of veterinarians from SGNP and Mumbai Veterinary College. Prima facie, the findings suggest respiratory distress-resultant weakness and head trauma with subcutaneous bleeding as a probable cause of death. The detailed post-mortem report is awaited.”