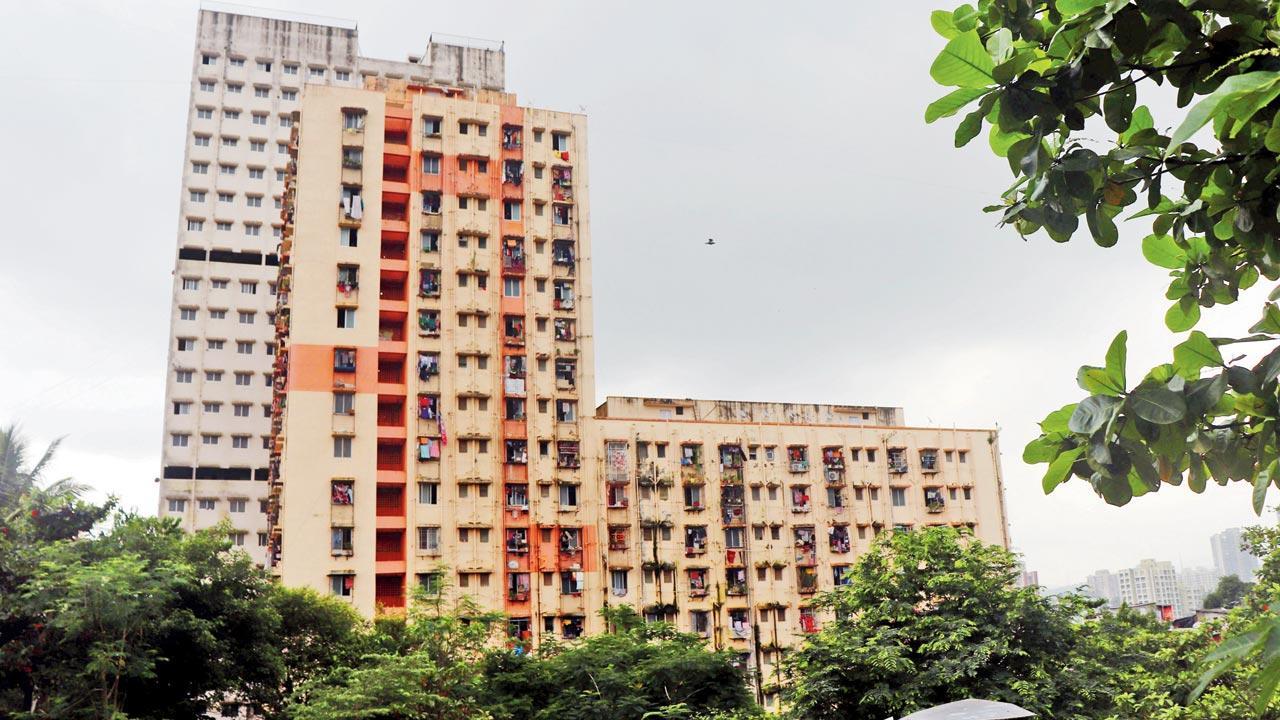 The SRA building at Appa Pada where the survivors will get flats. Pics/Anurag Ahire


Trapped within a danger zone or Red zone, places vulnerable to heavy rains and floods, Malad’s Ambedkar Nagar residents and survivors of the 2019 wall collapse now have a ray of hope. Over 70 will soon be shifted to an SRA building just a few kilometres from the site of the tragedy that had left 28 dead and 132 injured.

The residents are awaiting a lottery that will facilitate the allotment of their flats and floors. Like every year since the incident, authorities have moved them to a makeshift shelter at Kurar Municipal School in Parekh Nagar, Malad East, to save them from potential mishaps in their slum pocket in the monsoon. 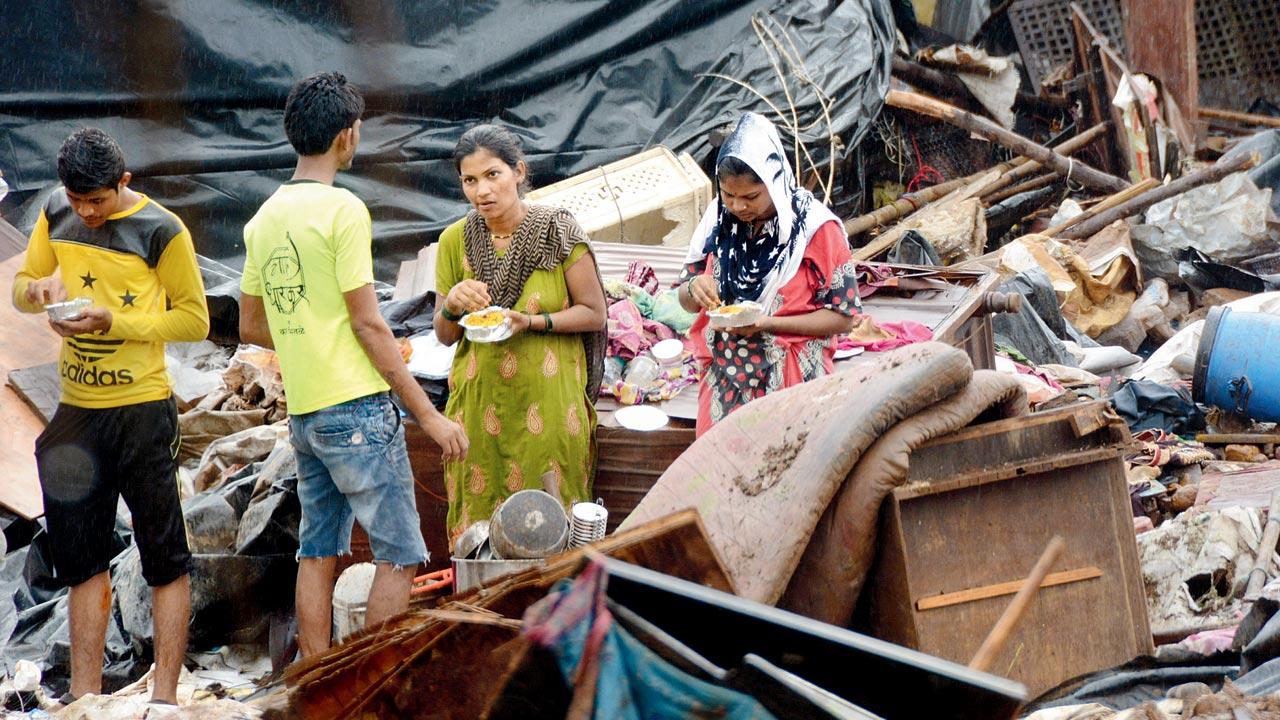 On July 2, 2019, a part of a 35-foot-long concrete wall of the BMC’s Malad Hill reservoir collapsed on shanties at Ambedkar Nagar and Pimpri Pada in Kurar village, with rainwater washing away hundreds of hutments. Following heavy rain on May 16 and 17, 2021, during the onslaught of cyclone Tauktae, 10-15 shanties were swept away at the site.

Fearing the same fate this year, the residents had protested in April demanding their relocation from the Red zone to a safer place as promised to them in 1997 following a high court order. But 67 of the protesters were detained by the Vanrai police station in Goregaon for protesting outside the local MLA’s office.

“After chasing several politicians and BMC officials, local corporator Vinod Mishra took up our case with the BMC commissioner and the decision to shift us to a new location moved forward. Now everything is in place and we are awaiting the lottery to be drawn to decide which family will be allocated a house on what floor. Also, our demand that we get houses in a nearby area and not far off places has been fulfilled. We will be shifted to Appa Pada in Malad East itself,” said Aneesh Yadav, one of the affected residents.

After Tauktae, residents said, municipal officials had visited the area for a survey and assured them of new flats but without a time frame. Yadav said they have been living in fear since the 2019 tragedy. 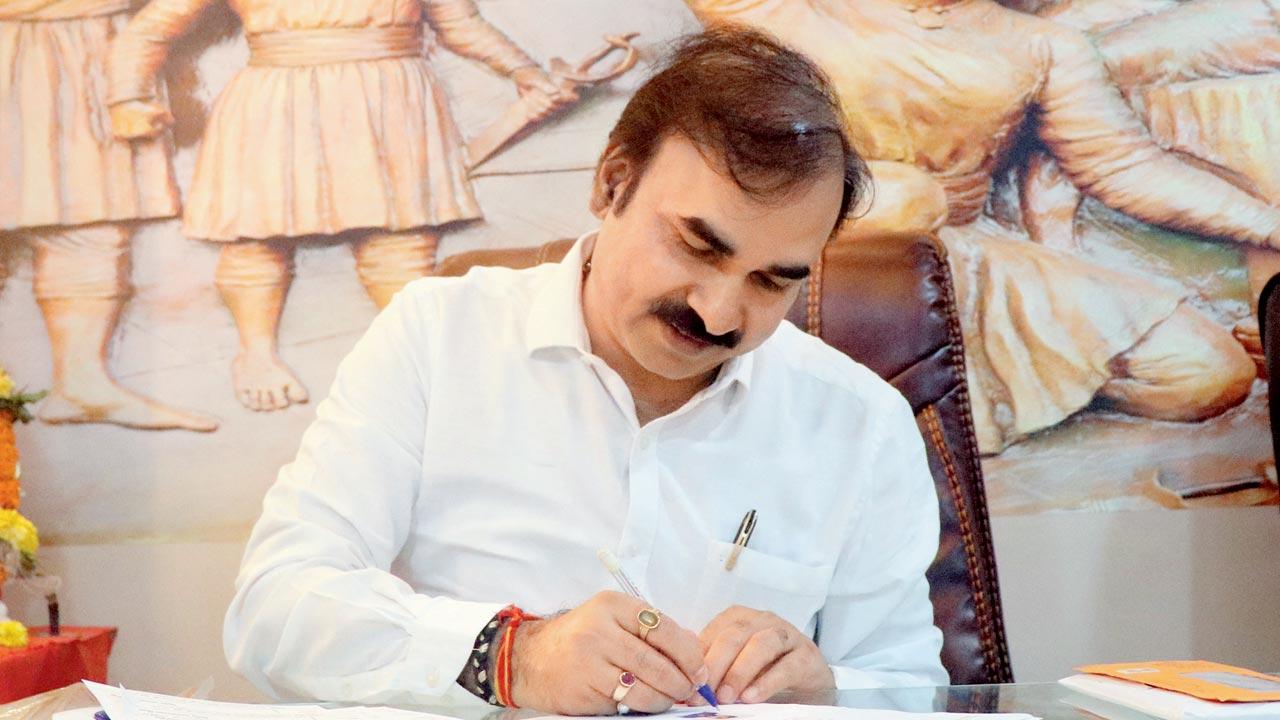 “Earlier, the 84 families were allotted accommodation in Mahul at a Project-Affected People [PAP] building. However, the rehabilitation of 73 other families was pending. These 73 families have been suffering for the last three years. Every monsoon, during heavy rain, their belongings are swept away, and they are left fearing for life. All that has been done to help them is to shift them to a temporary shelter every year during the monsoon. The BMC commissioner agreed to our demands to help relocate these affected residents and provide them homes,” said Mishra, former BJP corporator from Kurar village.

The plan was to rehabilitate these residents to a 90-acre plot at Aarey colony, but it has not yet materialised. The state government had set aside the plot and demarcated it in the Development Plan 2014-2034 to rehabilitate people living on forest land since 1985. Over the years, the residents have built concrete houses with one or two floors on forest land. A senior BMC official said, “Once the shifting process is completed, we will share the details. We cannot speak about it at this stage. Shifting residents to a safer place is our priority.”