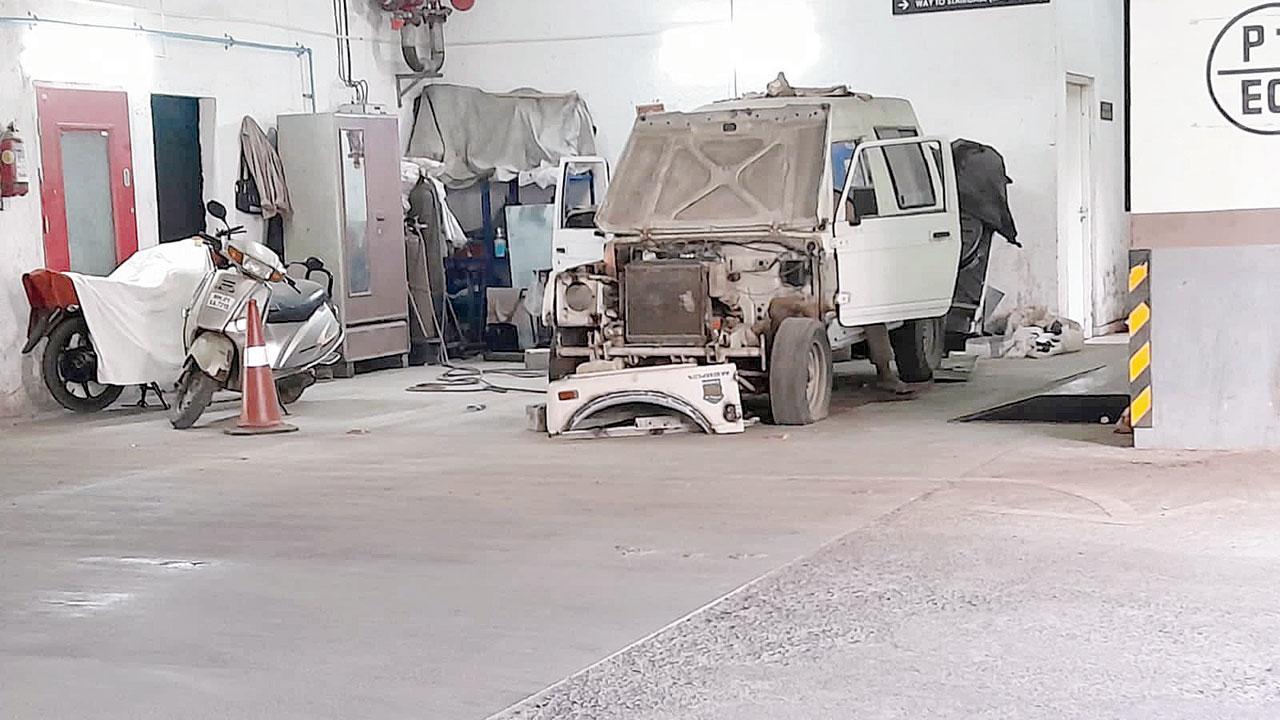 A visitor who had parked his car there said, “After parking my car, I was looking for drinking water but could not locate any such facility. The toilet was in bad condition too. Given that we are paying a good amount to use the facility, we should at least get these basic amenities.” 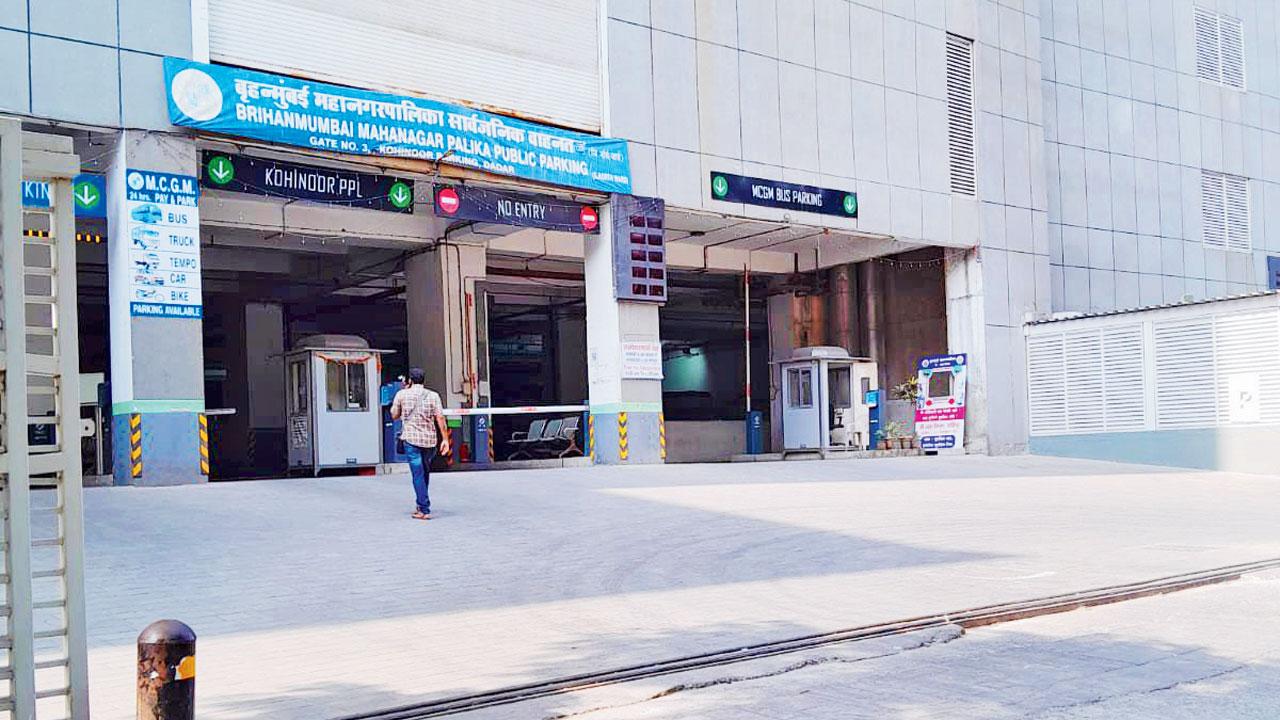 The entrance of Dadar Parking Plaza

“This parking lot now looks a lot like a junkyard. It does not have drinking water or toilets. In fact, there were empty baskets stored in the toilet as if it was a godown,” said Ketan Naik, who visited the parking facility a few times.

Another visitor Abhay Malap said, “I saw that vehicle repairs were going on there as a garage has sprouted in the parking lot. We paid Rs 60 to park, we should get basic facilities at least.”

Santosh Sali, the local office-bearer of the Maharashtra Navnirman Sena, has warned to protest the mismanagement of this public amenity. “We visited the parking plaza after getting several complaints. 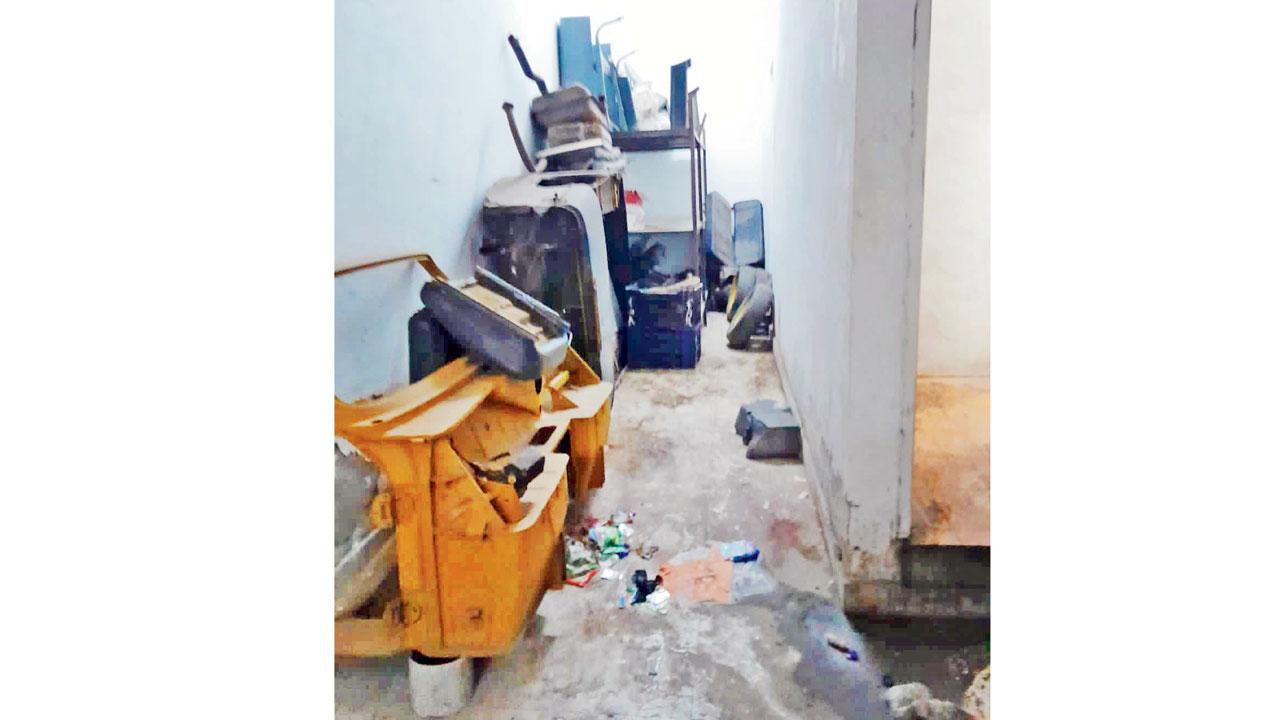 There was indeed a garage while the toilets were not in a state to be used,” he said, adding, “A large number of people come to Dadar to shop and park their vehicles here. So, there is a need to have these amenities as well as toilets for women and children. It is surprising that this plaza is neglected even as it is only 3 minutes away from the G North ward office.”

“We will meet civic officials. If the situation does not change, we will start a protest,” Sali said. Assistant Municipal Commissioner of G North ward Prashant Sakpale did not respond to mid-day’s calls and messages.