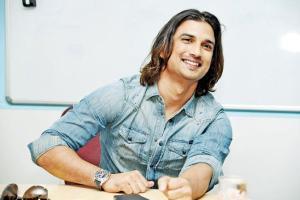 
The Mumbai Police on Tuesday appointed Grant Thornton as the forensic auditor in the Sushant Singh Rajput death case, a police official said. Police are probing various aspects like alleged professional rivalry, depression, and financial transactions of the late actor.

Mr. Rajput's father KK Singh had lodged an FIR in Patna claiming that a large sum of money was withdrawn from his account.  Following these allegations, Mumbai Police have decided to appoint a team of financial forensic experts to ascertain if any dubious transactions had place.

"Accordingly, police on Tuesday appointed Grant Thornton as a forensic auditor in the case," the official said. Mumbai Police commissioner Param Bir Singh on Monday told reporters that the FIR by Bihar police said Rs 15 crore were siphoned off from Sushant's account.

"During the probe, we found he had Rs 18 crore in his account of which around Rs 4.5 crore are still there," he had said. There is no confirmation yet of a direct transfer to the account of Rhea Chakraborty, he added.

The Enforcement Directorate had questioned Mr. Rajput's chartered accountant (CA) in connection with a money-laundering probe that has stemmed from the complaint lodged by the actor's father, officials said.

In his complaint on which an FIR was lodged on July 25, Mr Rajput's father K K Singh accused Chakraborty and her family members of abetting his son's suicide, besides defrauding him of his money and subjecting him to blackmail.

Next Story : Sushant did not commit suicide, he was murdered: Narayan Rane