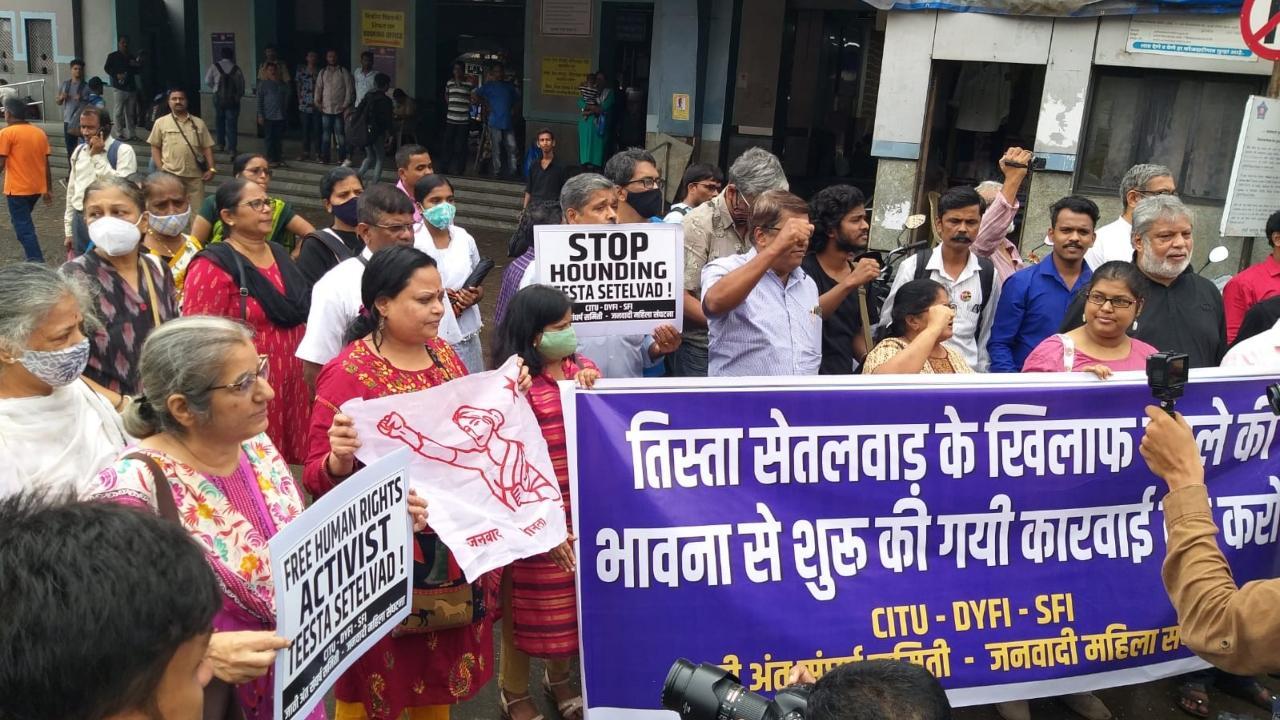 
A group of protestors in Mumbai's Dadar area protested against the arrest of activist Teesta Setalvad. The Gujarat Police Crime Branch on Sunday arrested Teesta Setalvad and others in connection allegedly giving baseless information about the 2002 Gujarat riots.

A metropolitan court has granted remand of social activist Teesta Setalvad and former Gujarat DGP RB Sreekumar to the Ahmedabad crime branch for questioning till July 2. An FIR was lodged against Setalvad, Sreekumar and former IPS officer Sanjiv Bhatt for giving false testimonies in connection with the 2002 Gujarat riots case.

On Saturday, Gujarat Anti-Terrorism Squad (ATS) team detained Setalvad from Mumbai in connection with a case on her NGO and later in the night she was taken to Ahmedabad. The Gujarat ATS team took Teesta Setalvad to the Santacruz police station. The Supreme Court had on Friday, dismissed an appeal by Zakia Jafri in a plea challenging SIT's clean chit to the then chief minister of Gujarat, Narendra Modi and others in cases related to the riots. Zakia Jafri is the widow of former Congress MP Ehsan Jafri who was killed in the riots.

Next Story : Mumbai: Genome sequencing of 269 samples reveals 99.63 per cent of patients infected with omicron sub-variants