Netas, tribal leaders and environmental campaigners have the first big demonstration of the Shinde era against Metro car shed 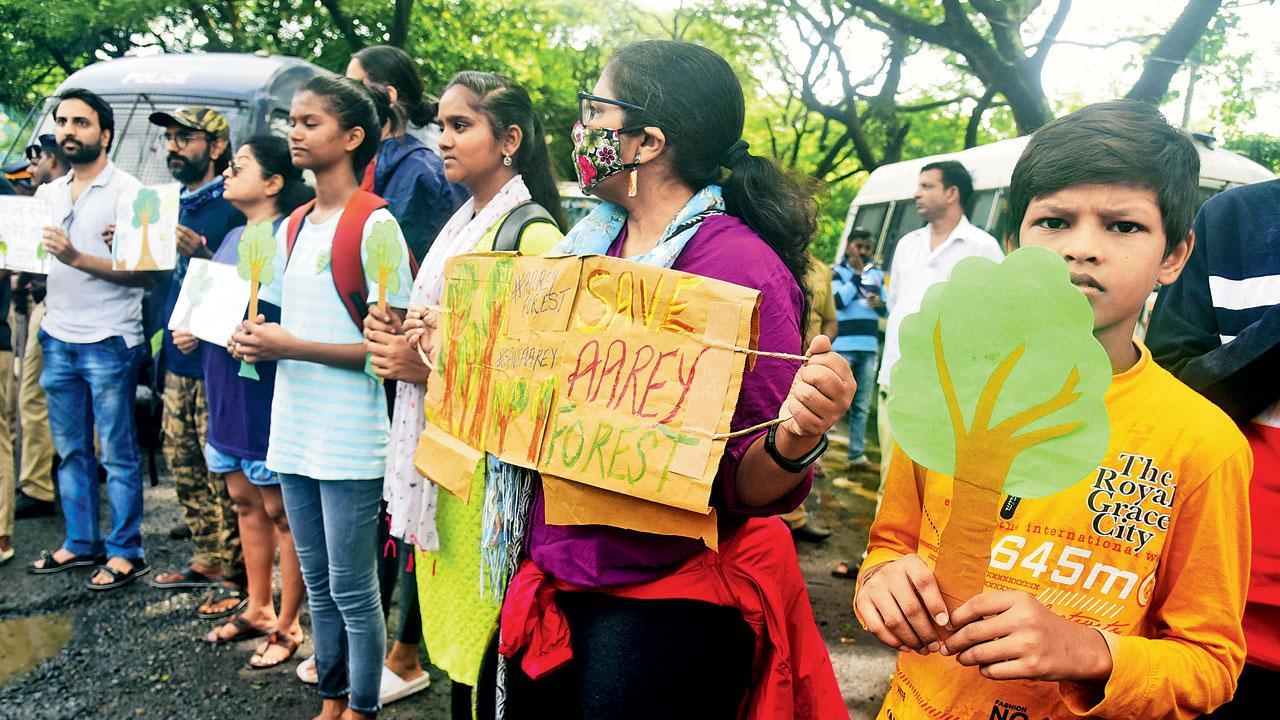 
The Bharatiya Janata Party (BJP) and Eknath Shinde may have won the battle of leading state affairs, but they have certainly lost the war—that of winning the peoples’ hearts. Their government’s decision to shift the Metro 3 car shed back to Aarey Milk Colony, has ensured that the common man and nature lovers are back for a fight to save Mumbai’s lungs. Members of Save Aarey, citizens, and political party workers protested in Aarey colony against the proposed car shed on Sunday.

Zoru Bhatena, a member of the Save Aarey movement, said the government should use the  alternative place for the carshed. “The land at Kanjurmarg is the most suitable place for it. But this government is playing with the environment. We will decide what to do if the government sticks to its decision,” he said. 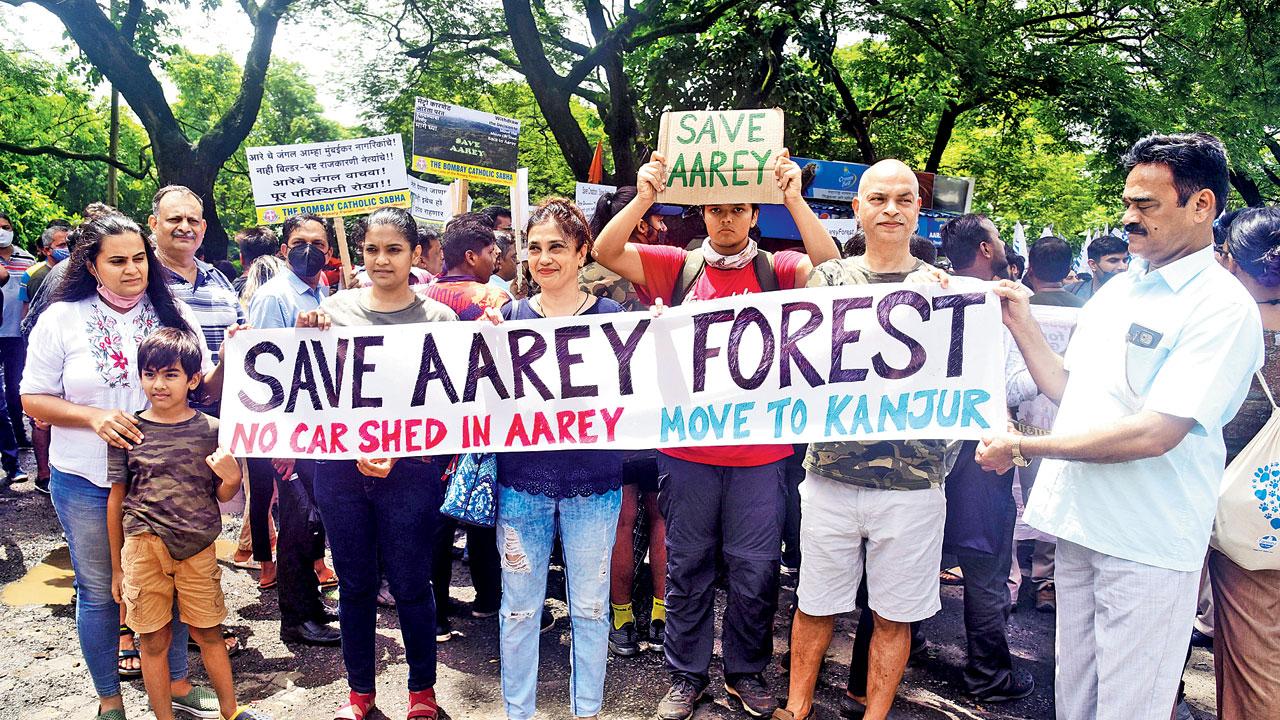 “No one is against development, but everyone is against the destruction of forest land. Development and environment should coexist. Build a metro car shed in Kanjurmarg. Why punish Mumbaikars for your politics?” said Shiv Sena Member of Parliament Priyanka Chaturvedi, who joined the protest with party members.

Yuva Sena core committee member Ankit Prabhu who also took part in the protest, said, “The large participation of people protesting the current government’s decision to shift the car shed from Kanjurmarg to Aarey proves the fact that Mumbaikars are against it. We are not against the Metro but development should not be at the cost of the environment. Our party Chief Uddhav Thackeray and Yuva Sena chief Aaditya Thackeray have always stood for wildlife and the environment and we will continue to support them.”

Listen to the protesters

Misti Bhawar, a student, also joined the protest. “I feel this forest must be saved for future citizens,” Misti said. Manjula Kandiwel, a member of Aam Aadmi Party said, “We are here to save the environment and forest. This forest is much needed for the city.” 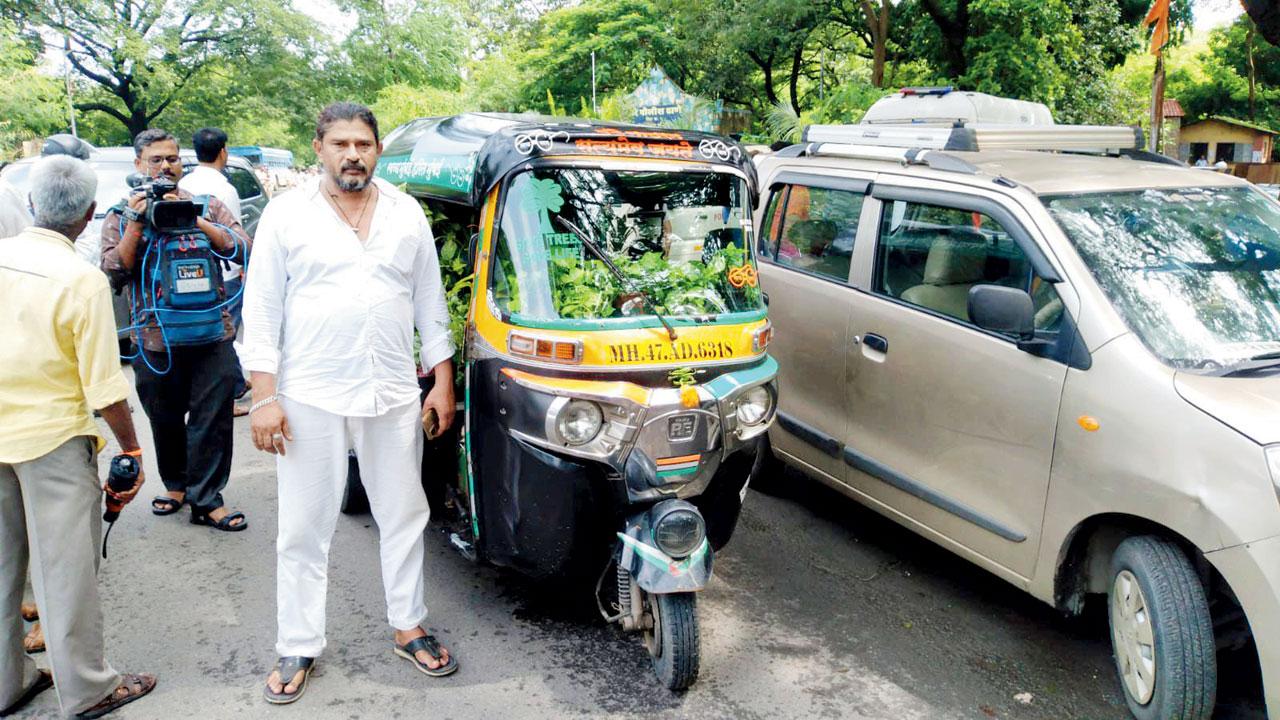 Yusuf Sheikh, known as the green autowala for his pro-environment stand, also joined the protest

“We are against any chief minister who takes the first decision on environmental destruction on the first day of taking charge. The BMC election is round the corner and such a government will not get votes. I urge the Thackeray family to stand by us here as now they are in opposition” said Tasneem Shaikh, a member of Save Aarey. A member of the Aarey conservation movement and a wildlife lover, Kaushal Dubey said, “I was happy to know that 812 acres of the Aarey land was declared forest. Now we have some leaders who do not know the importance of greenery. While the world is talking about climate change, here are some people want to destroy the environment for their egos.”

Yusuf Sheikh, who is known as the Green Autowala, also joined the protest. Yusuf uses his auto rickshaw to appeal for the environment. “I joined the Save Aarey mission on the first day it started. This forest is important for the city’s environment. Not all citizens want this forest destroyed,” Sheikh said. 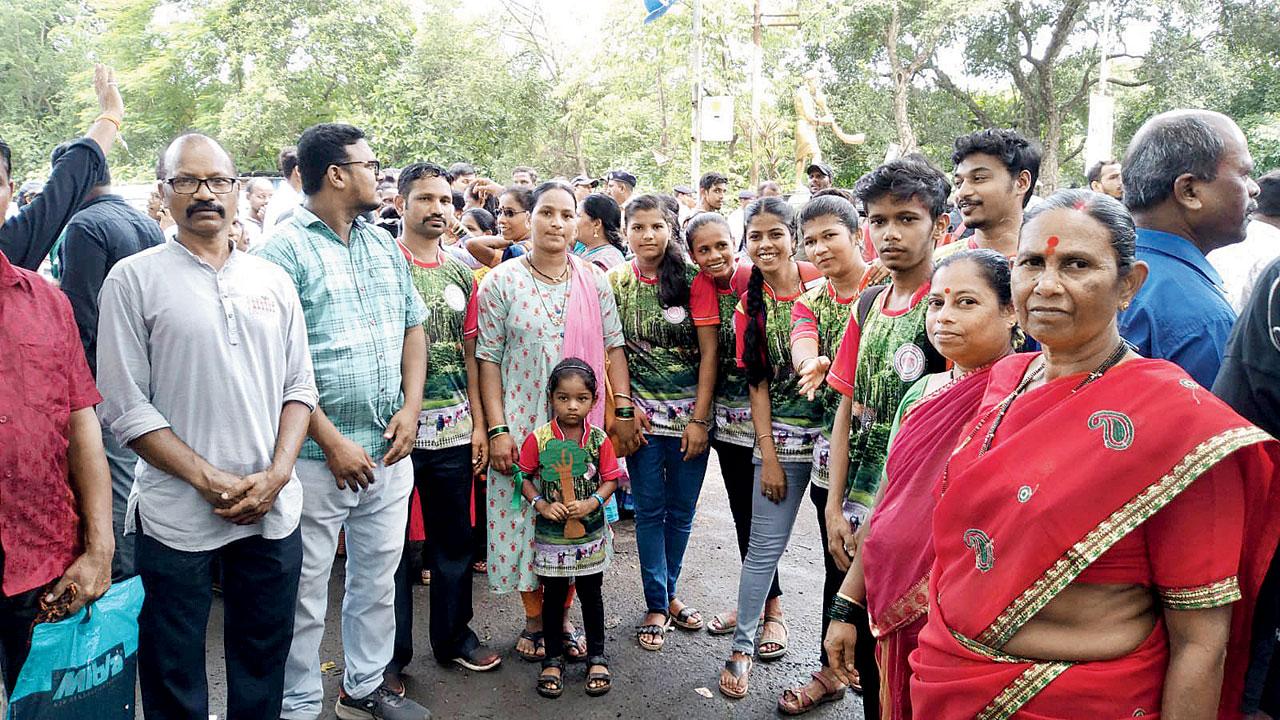 The Bhoir family, tribals from Aarey were also in the protest

Prakash Bhoir, a tribal from Aarey who joined this protest with his family said, “The Aarey forest has a rich biodiversity which includes trees, insects, butterflies and other mammals besides leopards. I hope the current government takes a decision which protects the environment and we will support it.”

His wife Pramila said “We had even spent three days in jail for the agitation in the past to protect Aarey. This forest is our life. How can the government disturb it? she said. Another family member, Namita Bhoir had participated in the protest with her 6-year daughter, Avani. She said, “In school teachers have taught my daughter not to waste even a glass of water. But here a forest is being destroyed.” 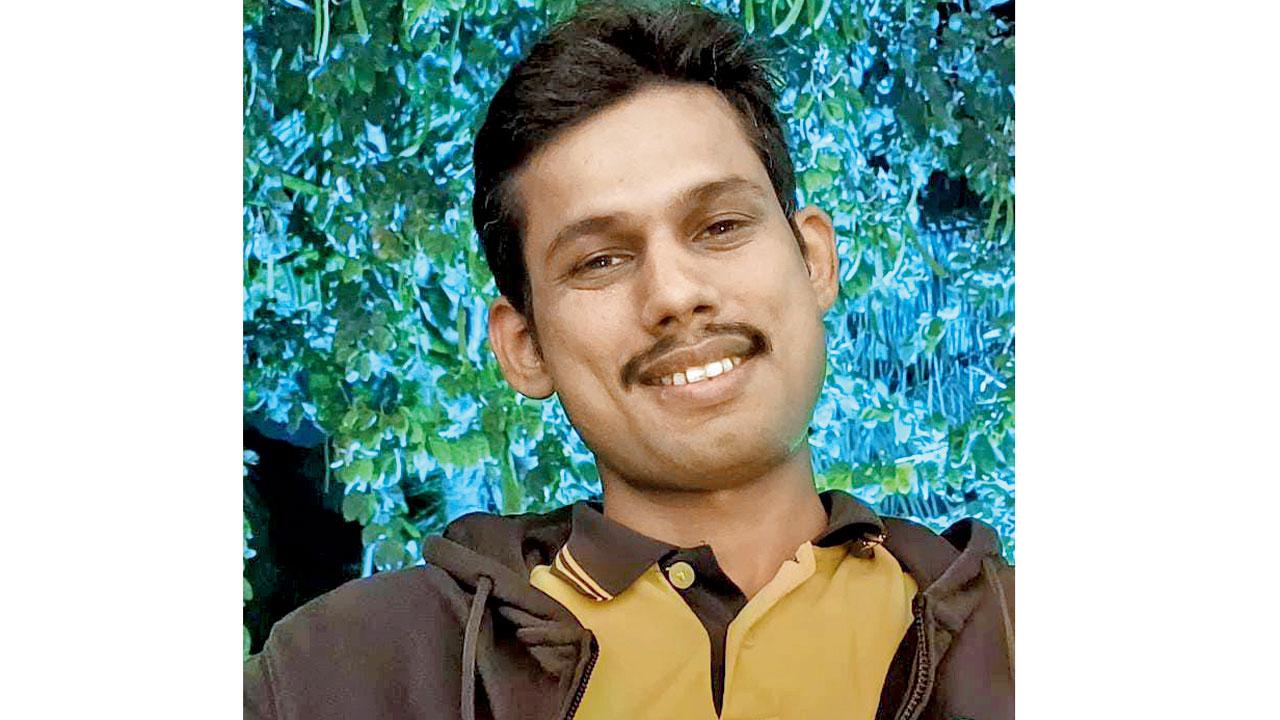 ‘Now we have some leaders who do not know the importance of greenery. While the world is talking about climate change, here are some people who want to
destroy the environment for their egos’

Namita Bhoir, tribal from Aarey
‘In school teachers have taught my daughter not to waste even a glass of water. But here a forest is being destroyed’

Prakash Bhoir, tribal from Aarey
‘‘The Aarey forest has a rich biodiversity which includes trees, insects, butterflies and other mammals besides leopards. I hope the current government takes a decision which protects the environment and we will support it’