IMD has issued a yellow alert for Mumbai, Thane and Palghar indicating moderate rainfall on Friday and Saturday 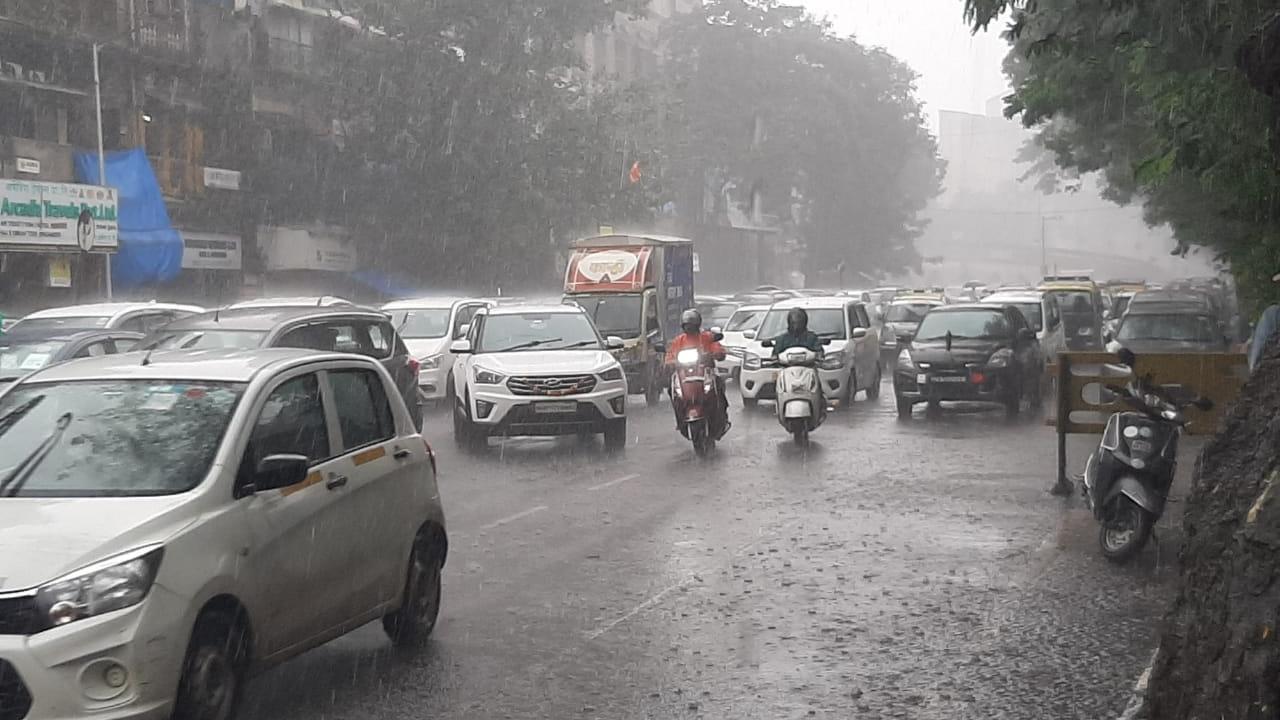 
After a gap of a dry spell, Mumbai on Friday witnessed light showers. According to the weather department, city is expected to witness thunderstorm accompanied with lightning and light to moderate rainfall with gusty winds at isolated places.

According to the latest weather alert issued at 2:30 pm, the India Meteorological Department (IMD) said that thunderstorm with lightning and light to moderate rainfall is very likely to occur at isolated places over Amravati and  Chandrapur districts of Vidarbha.

IMD has issued a yellow alert for Mumbai, Thane and Palghar indicating moderate rainfall on Friday and Saturday.

According to the IMD, a yellow alert has been issued for neigbouring Thane district. It said that the gusty winds reaching 30-40 kmph are likely to occur at isolated places in the districts of Thane, Raigad, Palghar, Pune, Mumbai, Ratnagiri, Sindhudurg, Satara, Dhule and adjoining districts for the next couple of days.

The island city, eastern and western suburbs received average 1.05mm, 9.12 mm and 1.28 mm rainfall respectively between 11 am to 2 pm, a civic official said.
Eastern suburbs like Vikhroli received up to 35 mm rainfall in the four hour period, he said, adding that there was no report of major water-logging anywhere in the city.

Public transport services of the Brihanmumbai Electric Supply and Transport (BEST) and Railways remained unaffected amid heavy rainfall.
The local train services on all three corridors are running normally, a Central Railway spokesperson told PTI.
In the last 24 hours ending at 8 am, Mumbai's island city, eastern and western suburbs had received 04.66mm, 02.69 mm and 01.39 mm average rainfall respectively, it was stated.

Next Story : Thane: Body of unidentified woman found in lake in Kalwa