Bandraiites adopt derelict park, transform it into Dream Grove - an urban farm where organic fruits, veggies and herbs shoot up from its 'Amrut Mitti' 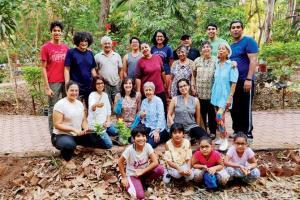 Members of the Dream Grove community in Bandra


Passers-by looking at leaves strewn about in the BMC's ALM 116 Park at D'Monte Park, Bandra might wonder what a 'shabby, ill-maintained' park it is. But the reality is just the opposite. A dedicated community of volunteers has mulched the green cover to enhance the quality of the soil.

The volunteers are members of the Dream Grove initiative that began in 2018. They are a flexible group of 15 to 20 who meet on Sundays to tend to their urban farm.

Tasks are planned and allocated. There is also a sub-group of five core members which meets during the week to ensure that everything is on track. 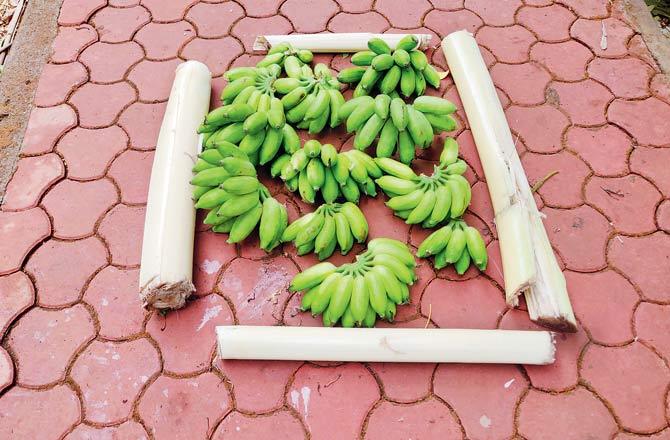 Bananas are among the produce grown at the urban farm

As Coronavirus forces people to stay indoors, the gardener and the watchman of the park have been using supplies from the farm to cook healthy meals for themselves.

Motley group
The group has members from different faiths, cultural backgrounds and age groups. But whether aged eight or 80, they are bound by the motivation to see their farm thrive. "We grow more than 50 varieties of edible plants including fruits, vegetables and herbs. We harvest pineapples, bananas, yam, radishes, tomatoes, bitter gourd, chillies, mint, to name a few," said Diipti Jhangiani, 34, a consultancy professional and a member of Dream Grove's core group. 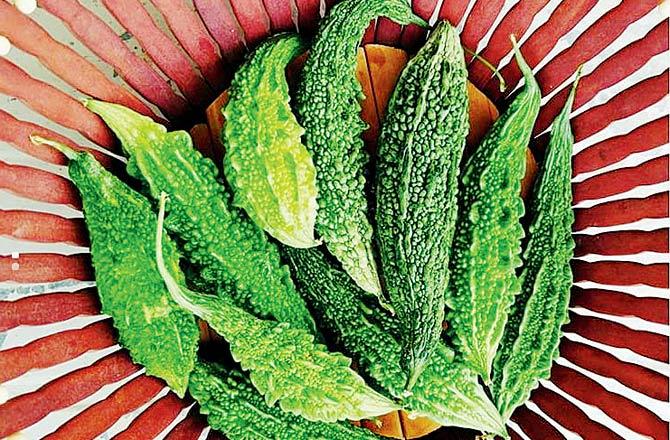 Bitter gourds are among the produce grown at the urban farm

The misuse of the said park, located at D'Monte Park Road, by derelicts, prompted long-time resident Marie Paul to take charge of the situation. Paul, a 54-year old homemaker, is the driving force behind Dream Grove. She noticed that there were hardly any children or senior citizens using the garden. So, she formed a group, comprising concerned locals, who eventually named their garden Dream Grove.

Protect neighbourhood
Together, they protect their neighbourhood park and have transformed it into a welcoming space for all. "I happened to meet Premila Martis who had moved into our neighbourhood and we decided to join forces. She had the knowledge required to take our quaint little park and turn it into an urban farm nurtured by the people who live around it," Paul said.

The urban farm results in fresh and organic produce, which is shared among the members. The collective refrains from using chemicals and has opted for indigenous solutions instead.

Martis, a 51-year old former banker, conceptualised the Save A Leaf campaign under the aegis of Preeti Patil, founder of Urban Leaves.

Martis used her knowledge and experience with urban farming and applied it to Dream Grove. She started by getting everyone to collect brown leaves from the vicinity and used them to fix the soil and created Amrut Mitti, a nutrient-rich soil composed of biomass which is otherwise disposed of as waste.

'Getting hands dirty'
"Normally, people are afraid to get their hands dirty. They are happy to sit on the sidelines while others do all the work. But only when you are personally involved, do you understand the importance of such an initiative. We're not only growing plants, but we're growing as human beings," Martis asserted.

The members of Dream Grove are more than happy to share their bounty with those who need it.