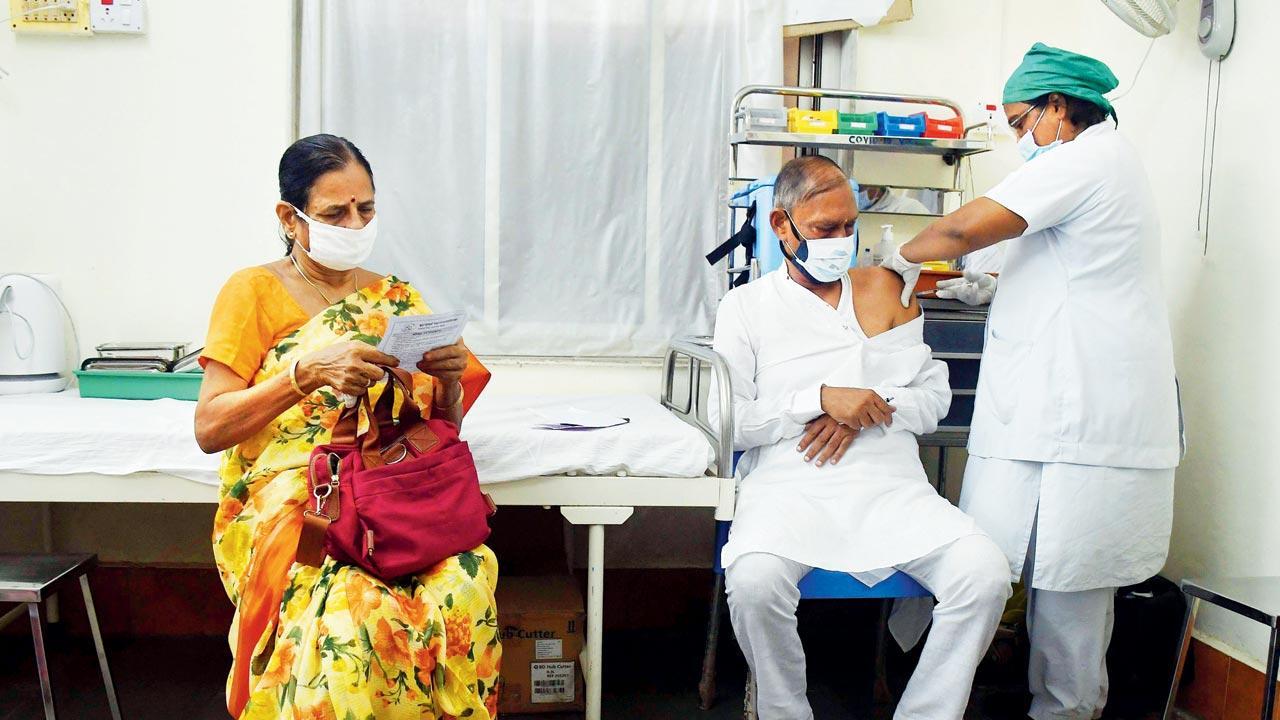 A beneficiary gets a vaccine at the BYL Nair Hospital on Sunday. Pic/Ashish Raje


Mumbai on Monday reported 56 COVID-19 cases, which took the tally to 10,59,970, while the death toll remained unchanged at 19,563, a Brihanmumbai Municipal Corporation official said.

The addition to the tally dipped below the 90-mark after six days, with the figure being 92 on Sunday and a high of 112 last week, he pointed out.

BMC data showed the overall number of coronavirus tests carried out in the metropolis was 1,69,06,861, while the positivity rate was 0.013 per cent and the recovery rate stood at 98 per cent.

It also showed that 53 of the 56 new cases were asymptomatic and the three persons admitted in hospital did not need oxygen support.

Maharashtra reported 92 new COVID-19 cases, a majority of them in the Mumbai Circle, and one more death on Monday, taking the overall tally in the state to 78,77,993 and the toll to 1,47,844, a health department official said.

The active caseload of the state was 1,016, while 12 districts have no coronavirus patient under treatment, the official pointed out.

Of the 92 new cases, 65 were from the Mumbai administrative circle, which covers the entire metropolitan region.

Next Story : Mumbai civic body issues notice to Rana couple for 'illegal construction' at their residence