2 deaths logged in state, one each from Vasai-Virar, Pune 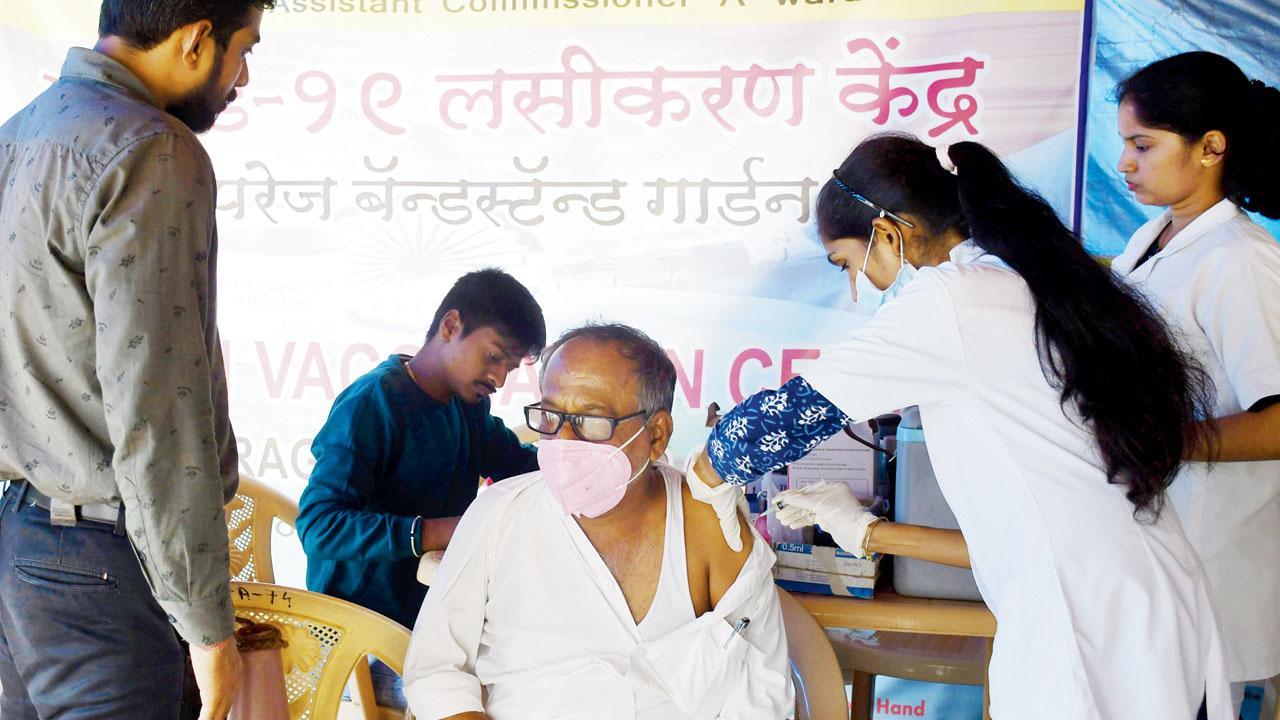 A man gets his shot of vaccine at a camp set up in Colaba. File pic


Mumbai on Tuesday recorded 155 new cases of Covid-19 that raised the tally of infections to 11,50,701, an official from the Brihanmumbai Municipal Corporation (BMC) said. The toll remained unchanged at 19,733, while the count of recoveries rose to 11,30,184 after 85 patients recovered from the infection, he said.

There has been a slight increase in the daily cases, as the city had on Monday recorded 66 infections. With a recovery rate of 98.2 per cent, Mumbai is left with 784 active cases, of which only 12 patients are symptomatic.

Meanwhile, Maharashtra on Tuesday reported 407 new cases and two fatalities that raised the tally to 81,22,839 and the toll to 1,48,349, the state health department said. A day before, the state had logged 180 cases and zero fatality.

The two deaths due to Covid were reported from Vasai-Virar and Pune. The fatality rate stood at 1.82 per cent, a health department official said. A total of 429 patients recovered in the past 24 hours, taking the count of recoveries to 79,71,775.

407
No of cases reported in Maharashtra on Tuesday

85
Patients recovered in Mumbai and discharged in city on Tuesday

Next Story : Maharashtra: Ration card holders to get grocery pack at Rs 100