Khar police investigating whether the gun used in incident was real or fake; searching for bullet that was fired from the gun 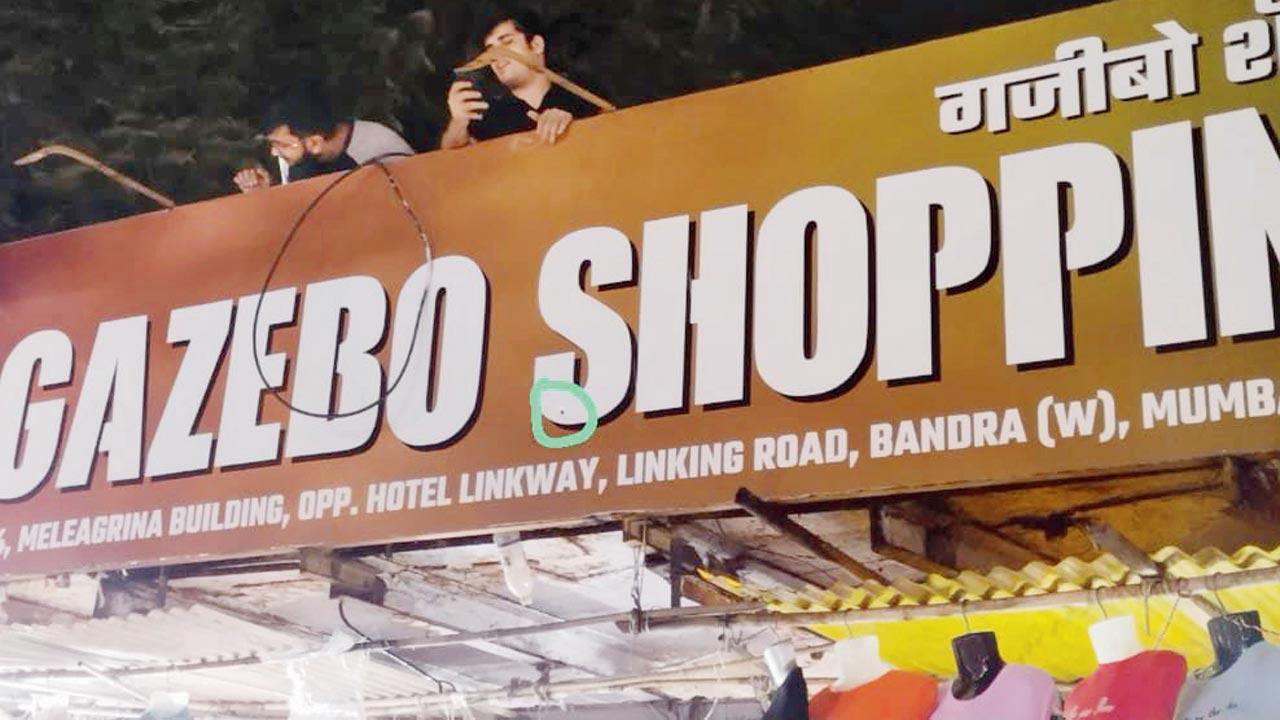 
Three men on a bike fired three rounds at the Gazebo Market on Linking Road in Bandra West on Thursday night. The bikers also threatened to kill all those who had put up stalls in the area. The Khar police rushed to the spot and started investigation. The police suspect that it was a toy gun and are looking for the bullet fired from it at a hoarding. According to police sources, the incident occurred at 7.45 pm at Linking Road. Police sources said they suspect people from the land mafia to be behind this firing. They feel the mafia want to grab this land and install illegal hawkers at this spot.

Police sources said the three people came on a black bike and fired two rounds in the air and one at a hoarding. After firing, the accused threatened some hawkers warning them not to put up stalls at the spot.

Speaking to mid-day, Senior Inspector Mohan Mane of Khar police station said, “We are checking whether the gun used in the firing was a real one or a toy gun. We are checking CCTV cameras to identify the accused. We are searching for the bullet that was fired at a board put up in the market.”

DCP Manjunath Singe, addressing the media, said, “There was an incident of firing in Khar. Unidentified people fired in the air and on the board of the Gazebo Shopping Centre at Linking Road, Khar. No one was injured in the incident. Investigation is on.”

Next Story : Ahead of long weekend, hotspots around Mumbai virtually fully booked