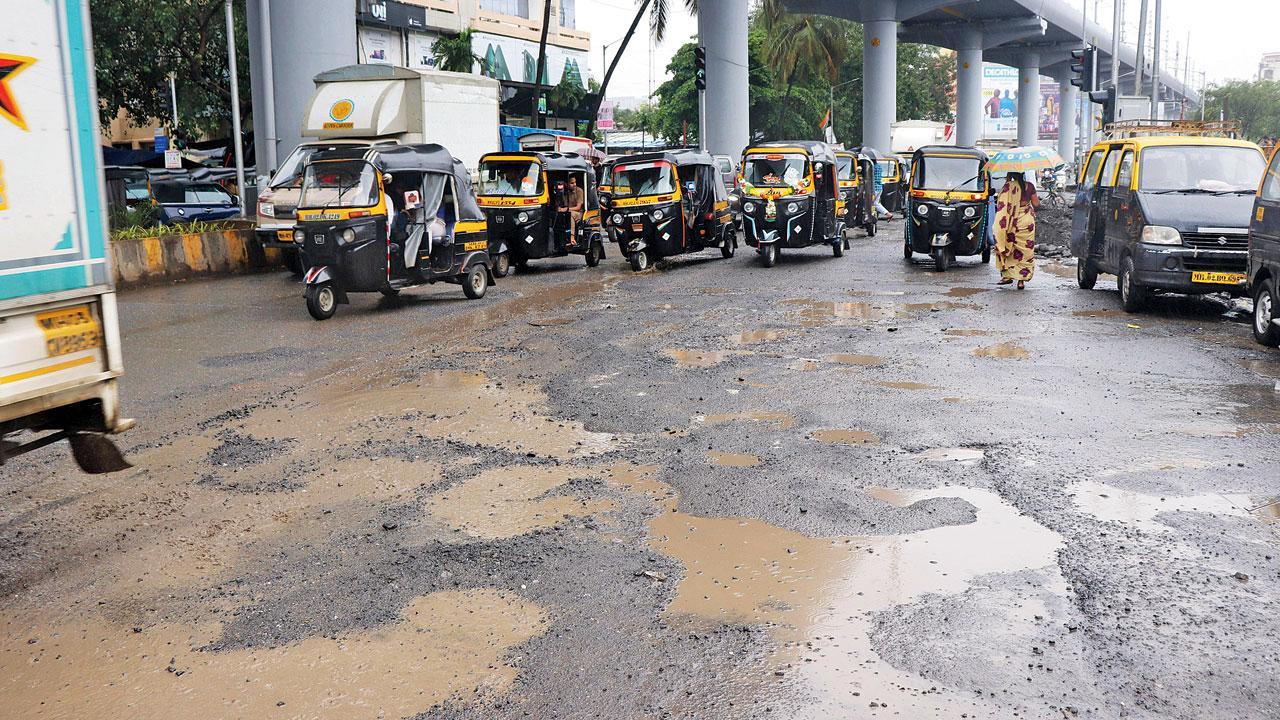 The Link Road in Andheri West on July 16. Pic/Anurag Ahire


Above average rain, heavy vehicle movement for infrastructure projects, work on utilities by various authorities are among various reasons that have left the city roads ridden with potholes, civic chief Iqbal Singh Chahal told the Bombay High Court on Friday. Chahal assured the HC that the BMC would rid the city of pothole-menace in two-and-a-half years, by concretising the remaining 1,060 km of roads by then.

When do you assure citizens good, pothole-free roads?” asked the division bench of Chief Justice Dipankar Datta and Justice M S Karnik. Responding, Chahal said work was underway on huge swathes of roads, and 990 km of the total 2,050 km of roads under its jurisdiction have already been concretised.

In the next two and  half year, the BMC will concretise the remaining 1,060 km of roads, of which 125 km of roads would be concretised over the next three months, Chahal said. It will take three years if other agencies hand over their roads to the civic corporation, he added. 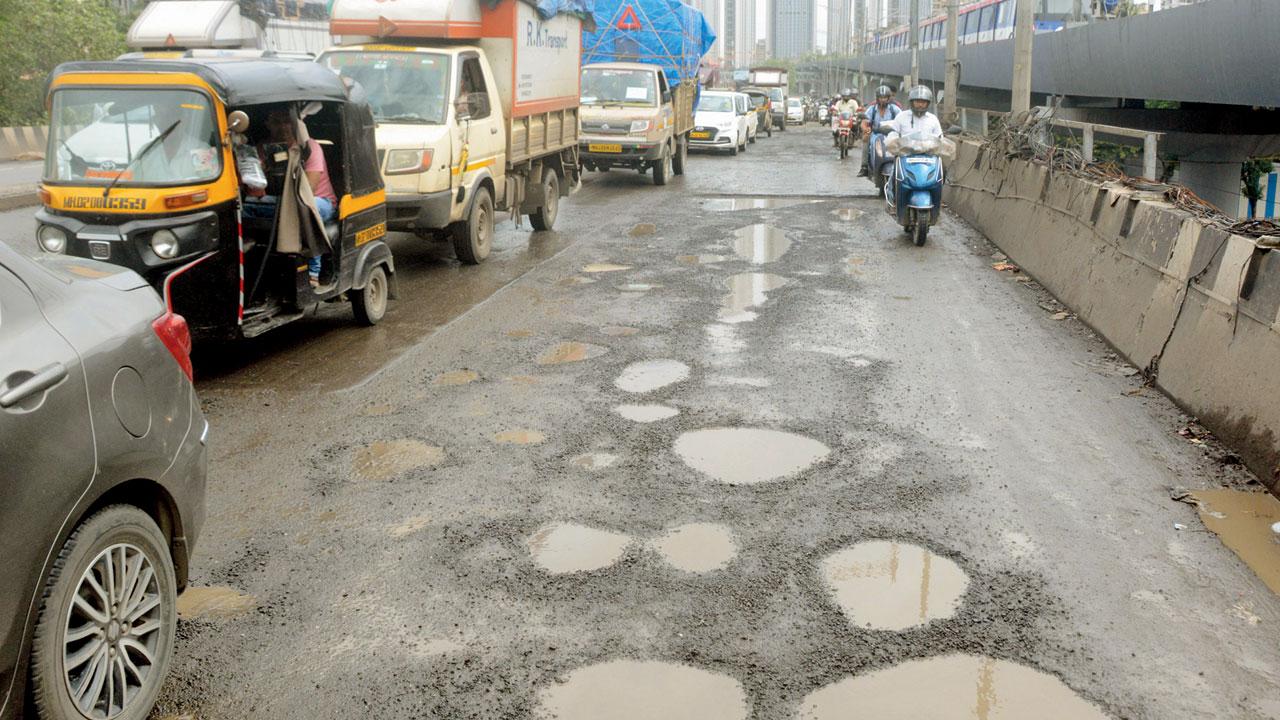 “The core activities of other authorities are different, such as development of ports, operation and maintenance of railways, construction of buildings, bridges, Metro etc. So the maintenance of roads in their jurisdiction in Mumbai is done on low priority and potholes are not attended properly,” he told the court.

“We need these agencies on board or the roads handed over to the BMC. There are expressways that are handled by other agencies. These agencies are reluctant to hand over the bridges to the BMC because of the revenue from advertising rights on these bridges,” explained Chahal.

If other roads and bridges are handed over to the BMC along with the advertisement rights to enable part recovery of the maintenance cost, then the civic body can offer better services, he told the court.

The commissioner’s overarching point was that since jurisdiction of different roads was scattered, there were parts of Mumbai roads that do not come under BMC. “The ordinary citizen of course does not know about the jurisdiction of each stretch and there is sweeping criticism of the BMC.” An example was the “fatality on the pothole-ridden Sanjay Gandhi National Park flyover on August 17, in which two people died. That stretch was under the jurisdiction of MSRDC,” he said.

His broader vision was that currently, there are different planning authorities operating as per “their whims and fancies. What Mumbai needs is one unified planning authority like the BMC for an integrated, holistic vision for the city. The roads can be handed over to the BMC as a first step.” Chahal said he is communicating with the state government with reference to this. The BMC was on Thursday handed over the maintenance of the Eastern Express Highway and the Western Express Highway.

On potholes, Chahal said, “The complaints have been almost 100 per cent addressed. We had 16,000 complaints from the Western suburbs and 10,000 from the Island city.” The hearing concluded with the chief justice saying, “The order will be out in two-three days. Meanwhile, we will keep monitoring. At every returnable date, ask parties to file status quo reports.”

Reasons BMC gave for potholes
>> Rainfall is beyond average for the past four years
>> Asphalt in submerged condition loses its strength
>> Movement of heavy machinery for infra project
>> Heavy density of goods carrier vehicles
>> Heavy vehicles beyond permissible limit
>> Trenches from various authorities for utilities, like gas, sewer, storm water drains etc.
>> Requests in monsoon for trenching for emergency faults
>> Holes dug up for huge pandals for Ganpati, Navratri
>> Improper drainage arrangement on the roads

125 km
Roads BMC says will concretise in next 3 months

1,060 km
Roads under BMC that are yet to be concretised

Next Story : Mumbai: Brace for Sena v Sena show of strength on Dussehra