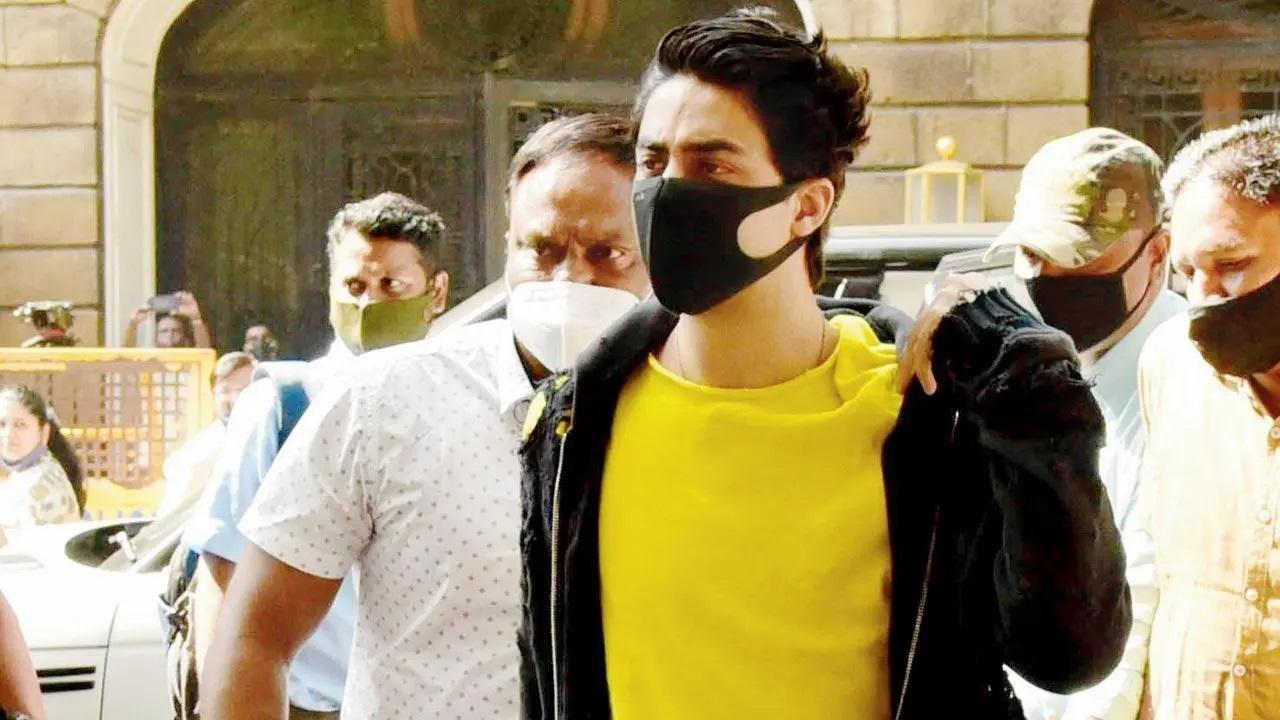 
The Narcotics Control Bureau (NCB) has given clean chit to Aryan Khan in the Cordelia cruise drug case. The chargesheet is likely to be filed today in the special NDPS court. The NCB led by Sameer Wankhede had arrested 20 accused in the case and now the SIT has dropped charges against six of them, including Aryan Khan.

“We are filing complaint against 14, people and six accused have not been chargesheeted as there is no evidence against them," NCB DDG and SIT chief Sanjay Singh told Mid-Day.

The NCB had arrested 20 people in the case, of which 18 are out on bail. Apart from Aryan, four organisers Gopalji Anand, Samir Saighan, Bhaskar Aroda, Manav Singhal and Avin Sahu have not been named in the chargesheet. 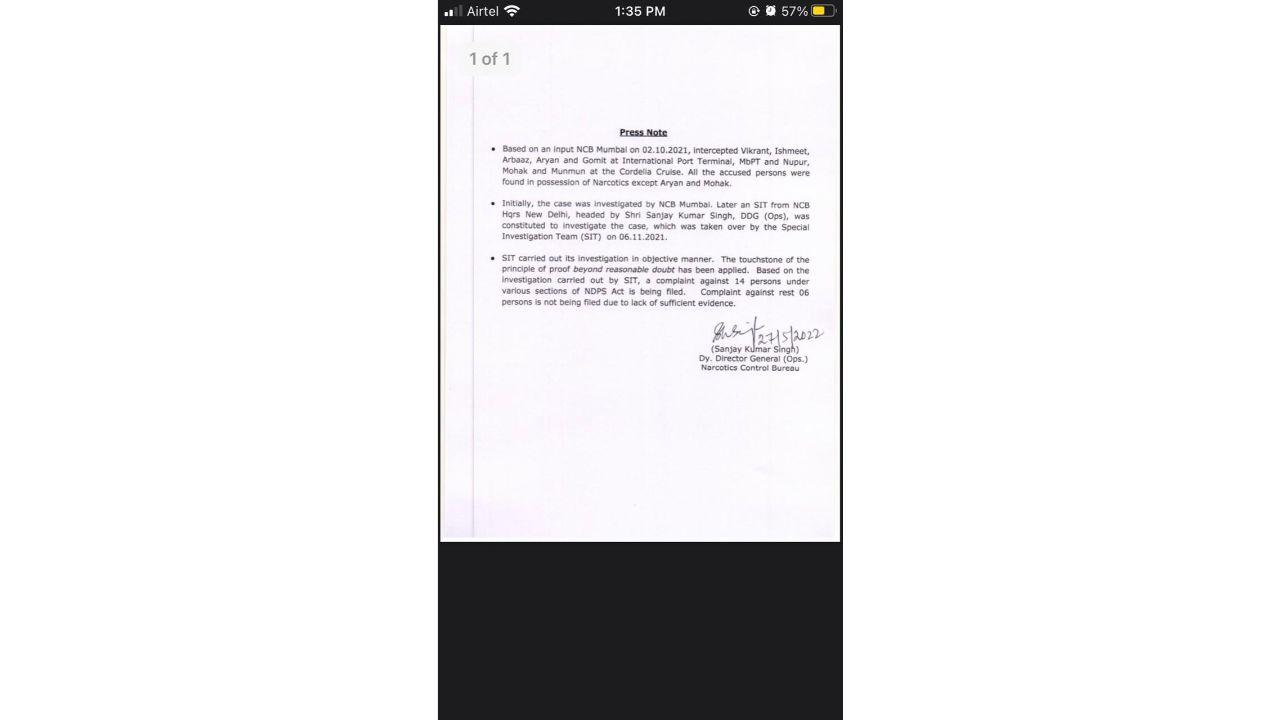 In a statement, the NCB said, "Based on an input, NCB Mumbai had on October 2, 2021, intercepted Vikrant, Ishmeet, Arbaaz, Aryan and Gomit at International Port Terminal, Mumbai Port Trust, and Nupur, Mohak and Munmum at the Cordelia Cruise. All the accused persons were found in possession of narcotics except Aryan and Mohak."

"Initially, the case was investigated by NCB Mumbai. Later, an SIT from NCB headquarters in New Delhi headed by Sanjay Kumar Singh, DDG (Operations), was constituted to investigate the case, which was taken over by the Special Investigation Team (SIT) on November 11, 2021," the anti-drug agency said.

SIT carried out its investigation in objective manner. The touchstone of the principle of proof beyond reasonable doubt has been applied.

In March this year, the special court had granted a 60-day extension to the probe agency to file the charge-sheet. Aryan Khan was arrested in the case by the NCB on October 3 last year and was released from jail on October 30 after being granted bail.

Next Story : Aryan Khan gets clean chit in cruise ship drugs case: Here’s a timeline of events that unfolded