No work for them in Maharashtra, can rest in Guwahati till July 11, quips Raut on SC order on rebel Sena MLAs

On Monday, the apex court allowed Shinde and other MLAs to file a reply to the disqualification notice issued to them by the Deputy Speaker of the Maharashtra Assembly by July 12 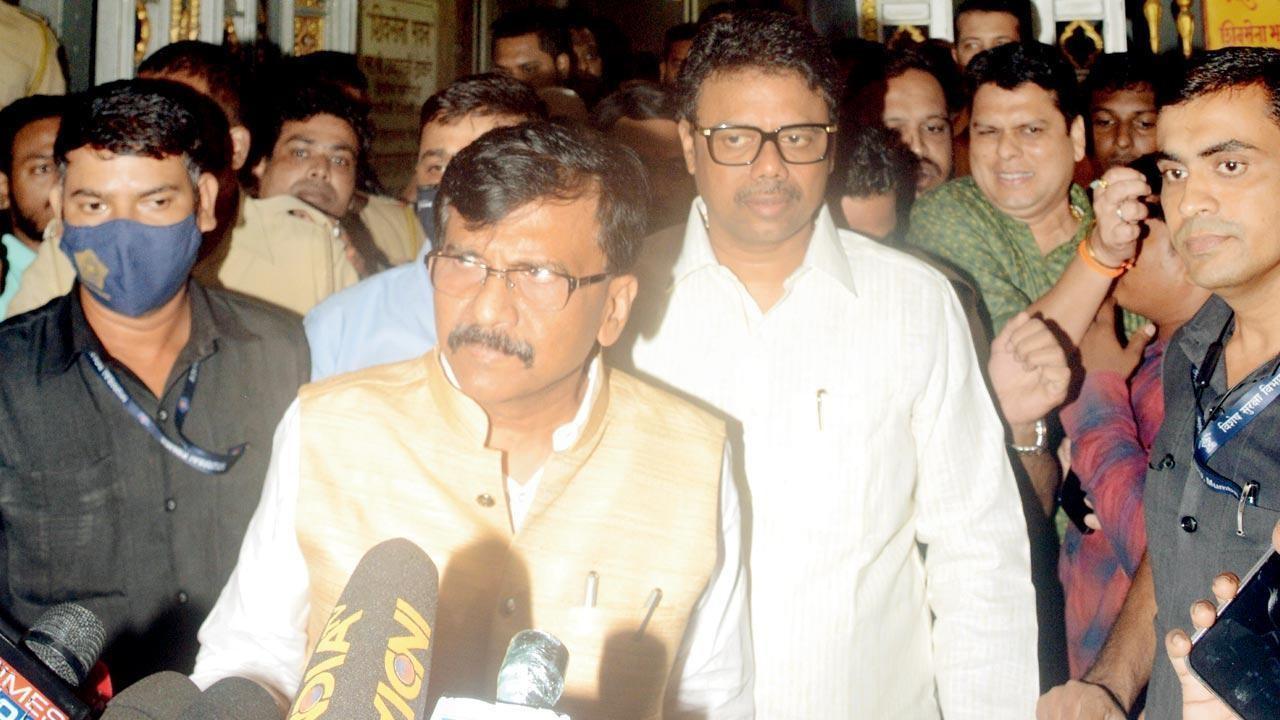 
A day after the Supreme Court's order on the plea by Eknath Shinde and other rebel MLAs, Shiv Sena leader Sanjay Raut said that the order was for the rebel MLAs to rest in Guwahati till July 11 as there was no work for them in Maharashtra.

"It is an order for them to rest there (in Guwahati) till July 11. There is no work for them in Maharashtra," said Raut.

Raut further said that the Shiv Sena was hopeful of the return of some dissident MLAs.

"There are still a few MLAs whom we do not consider rebels, as they are in touch with us. Their families are also in touch with us and we are hopeful that they would return to us," Raut said.

The Shiv Sena leader also said that BJP and its Devendra Fadnavis should not get involved in the crisis unfolding in the MVA government. "If they do, then their party (BJP), Fadnavis and PM Modi's names will be tarnished," Raut said.

Meanwhile, according to sources the rebels are likely to stay for a few more days in Assam and are unlikely to return to Maharashtra before July 5."Rebel Maharashtra MLAs likely to stay for more days at the Radisson Blu Hotel in Guwahati, Assam. The hotel was booked till July 5 and the booking can now be extended as per requirement," sources said on Tuesday.

On June 27, the Supreme Court granted interim relief to Eknath Shinde and other MLAs to file their reply to disqualification notices issued to them by the Deputy Speaker of Maharashtra Assembly by July 12, 5.30 pm.

"This is the win of the Hindutva of Balasaheb Thackeray and the ideas of Anand Dighe," Shinde tweeted after the Supreme Court deferred the disqualification proceedings of rebel MLAs till July 11.

The apex court was hearing the petitions filed by the Shinde group challenging the disqualification notices issued by the Deputy Speaker to 16 rebel MLAs as well as the appointment of Ajay Choudhary as Shiv Sena Legislature Party leader.

The bench also issued notices to the Deputy Speaker, Secretary of Maharashtra State Legislative Assembly, the Centre, Ajay Chaudhary, and Sunil Prabhu and asked them to file a reply within five days.During the hearing, senior advocate Neeraj Kishan Kaul appearing for Eknath Shinde and others told the Supreme Court that the Deputy Speaker cannot proceed with the disqualification proceedings when the resolution seeking his removal is pending.

The Eknath Shinde camp has also challenged the appointment of Ajay Choudhary as the Shiv Sena Legislature Party leader by the Thackeray camp.

They have also asked the court to direct the Maharashtra government to provide security to their families.

Shinde, in his plea, stated that the Deputy Speaker has lost his position as the MVA government has been reduced to a minority and in such a situation, he has no authority to invoke provisions of the Members of Maharashtra Legislative Assembly (Disqualification on Ground of Defection) Rules, 1986, and send notices to him and 15 other MLAs, which form part of the breakaway group of 38 Sena legislators.

On Monday, a separate plea was filed by Shinde in the top court regarding the safety of the legislators who have challenged party chief and Maharashtra chief minister Uddhav Thackeray. A bench of Justices Surya Kant and JB Pardiwala heard the pleas on Monday.

Next Story : Kurla building collapse: It felt like an earthquake, says survivor at Rajawadi Hospital