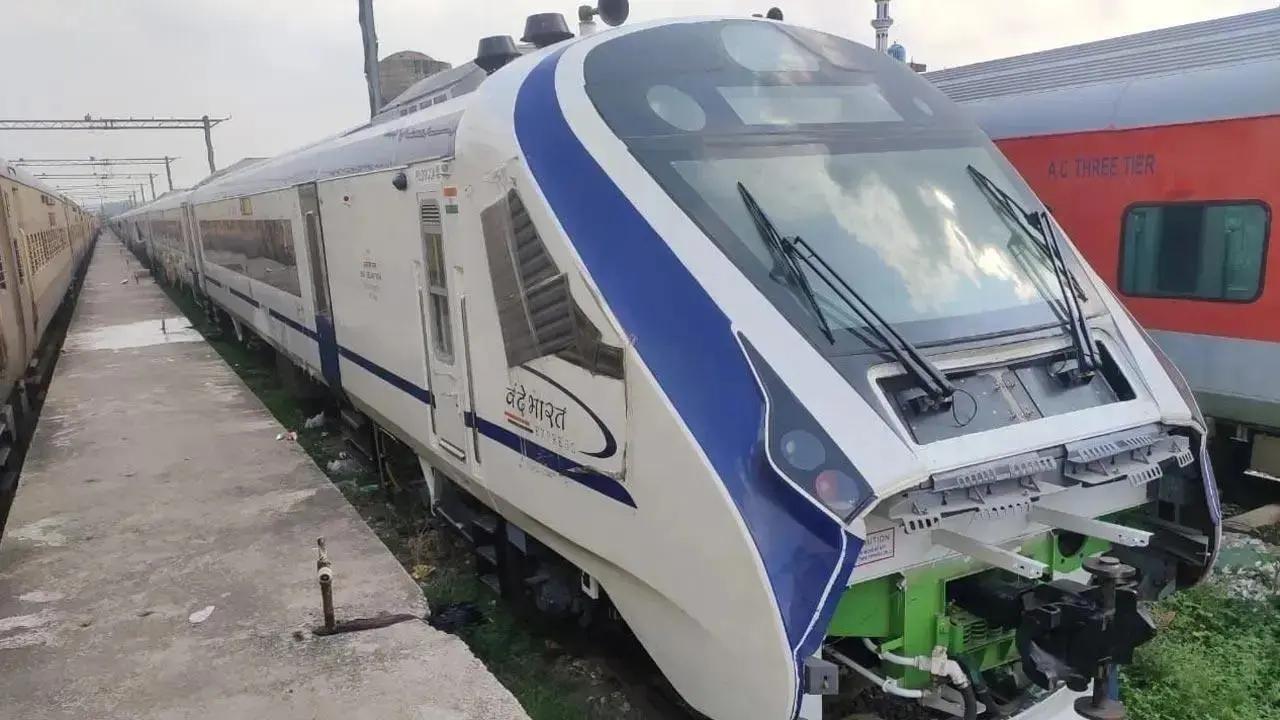 The semi-high speed train was flagged off by Prime Minister Narendra Modi on September 30 from Gandhinagar Capital station. This is the third Vande Bharat express train in the country.


A day after the front portion of the Mumbai-Gandhinagar Vande Bharat Express train got damaged after hitting some buffaloes in Gujarat, the railway officials on Friday stated that the part has been replaced by the railway authorities.

The nose of the newly-launched Mumbai Central-Gandhinagar Vande Bharat Express train had suffered damage after it hit a herd of buffaloes on Thursday near Ahmedabad.

The incident had occurred between Vatva and Maninagar areas of Ahmedabad, but the train had covered the distance to Gandhinagar Capital station and back to Mumbai Central without the panel on Thursday.

Train detained 10 minutes at the site but reached Gandhinagar on time. Vital parts of the train remained unaffected by the impact.

WR official further added, "The nose cone (cover of front coach/driver coach) was damaged with its mounting brackets. The nose cover is designed to absorb the impact without transmitting the same to the functional parts of the train. Therefore, it is sacrificial by design and hence replaceable. Railway keeps sufficient nose-cones as spare. It was replaced with a new one in the Mumbai Central depot in no time during the maintenance and the train is put back in service without any extra downtime."

"The train departed from Mumbai today without any inconvenience to the passengers. Western Railway is taking all actions to prevent such types of incidents in the future," he added.

The indigenously designed and manufactured semi-high-speed train, the third service under the Vande Bharat series, was flagged off by Prime Minister Narendra Modi on September 30 from Gandhinagar Capital and it started the commercial run the next day.