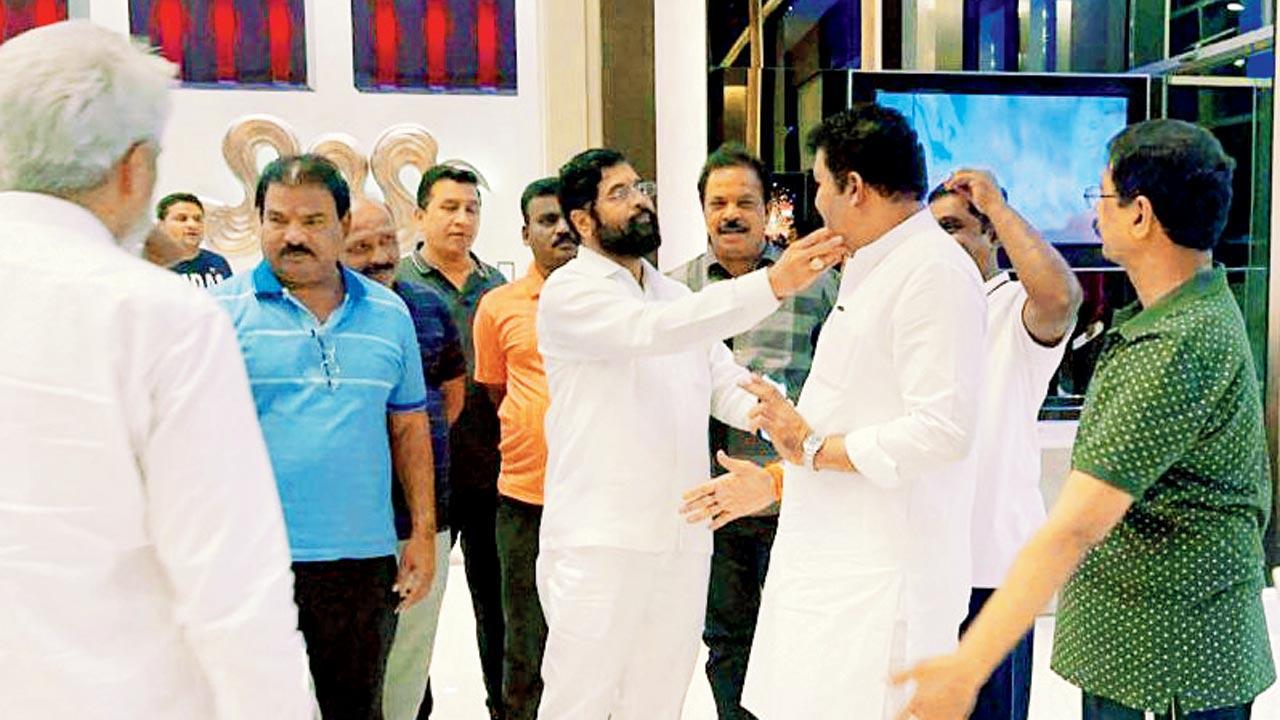 
The crisis in the Shiv Sena that can potentially dislodge the MVA government has so far had its share of theatrics. But behind the madness, there are possible scenarios as far as the law is concerned. mid-day spoke to Advocate Dr Suresh Mane, former professor and HoD-Law at University of Mumbai, who is also a veteran socio-political analyst and author of many books on Constitutional law, to get more insights.

Amid the upheaval in Shiv Sena and its cascading effect on the Maharashtra Vikas Aghadi government, constitution expert Dr Suresh Mane shared more insights on the possibilities. 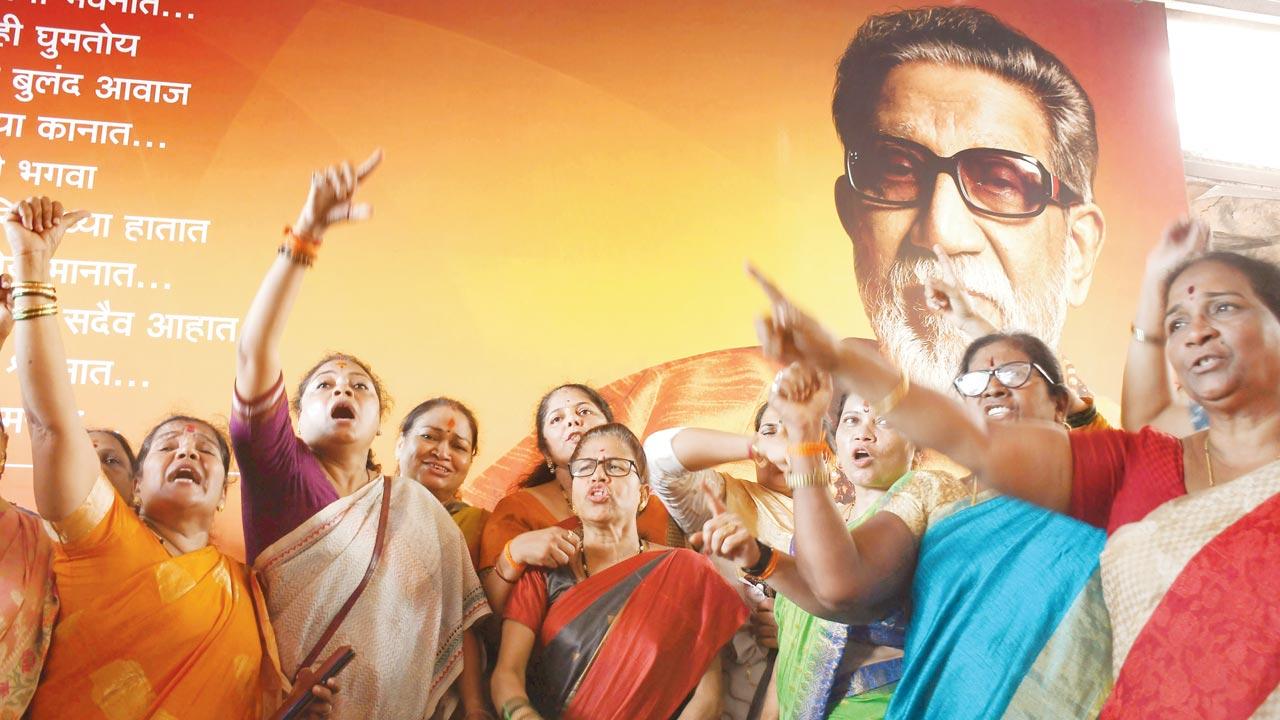 On the rebel number game

The rebel group headed by Eknath Shinde claims to have the support of more than two-thirds Sena MLAs besides a few independent legislators. “The rebels claim to be the real Shiv Sainiks and true followers of Balasaheb Thackeray, whose ideology of Hindutva they follow and live up to. These statements sound interesting but we must also understand that in that case, they will be governed by the rules and the dictates of the Shiv Sena party president, the group leader in the assembly and the chief whip of the party, and in case they cross party orders, they will be liable to be disqualified on the floor of the house,” said Dr Mane.

While the group leader of MLAs is always legally and constitutionally appointed by the party president, the MLAs on their own cannot pick their group leader in the legislative assembly, said the expert. “Therefore, Uddhav Thackeray has removed Eknath Shinde from Shiv Sena, from the post of group leader (Legislative Party leader) in the assembly and appointed Ajay Choudhary, another Sena MLA, as the replacement and whose appointment has been confirmed by the Deputy Speaker Narhari Zirwal of the Maharashtra Assembly. The post of the speaker in the state assembly at present is vacant, and hence all powers of the speaker are vested with the Deputy Speaker,” he said. 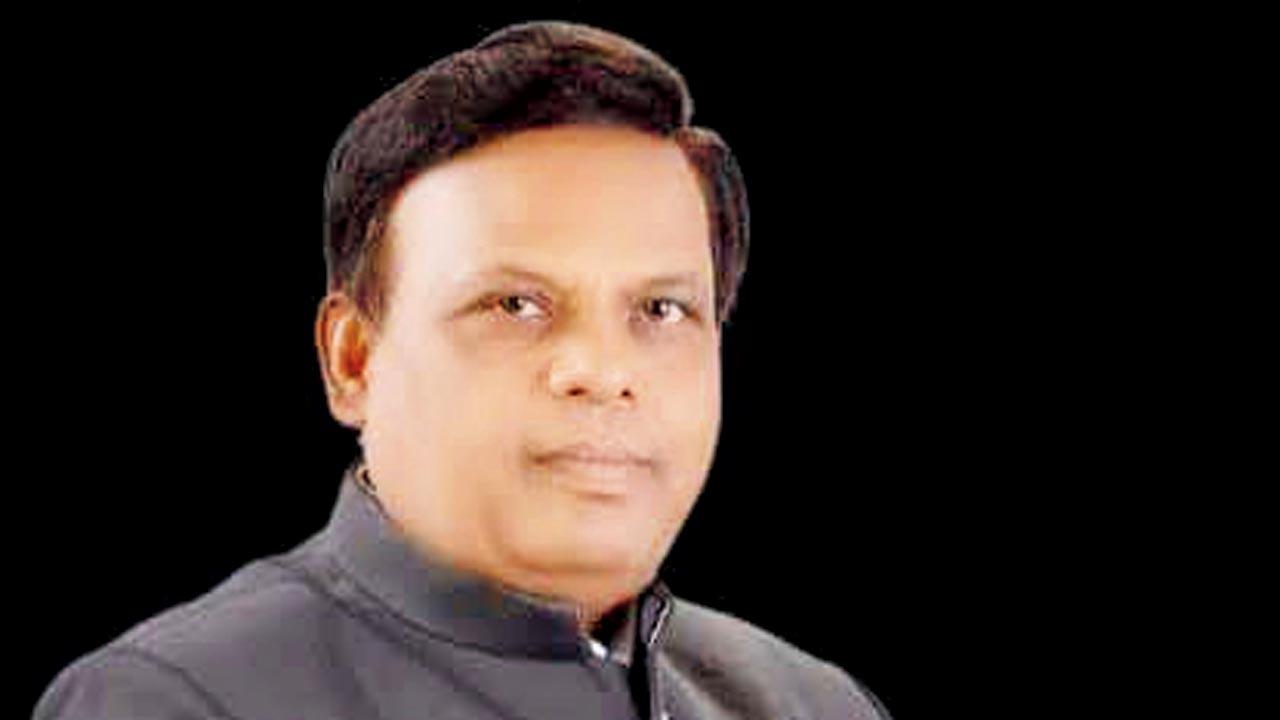 Dr Suresh Mane, ex-prof and HoD-Law at MU and author of many books on Constitutional law

The floor test is the ultimate test to prove one’s majority, said Dr Mane. Before that, the Shinde camp must get recognition from the Deputy Speaker as a separate group, outside the Sena, so as to escape from the party commands or dictates, he said. “The legislative party is different from the political party as we generally understand. The political party includes all the members of the party, its workers, and even elected representatives from gram panchayats to Parliament, but the legislative party includes only the elected MLAs of the Maharashtra assembly, and therefore if the rebel group intends to have control over the party [Sena] they will have to take the battle before the Election Commission of India [ECI], which is the final authority on that issue.

Way out for rebels

Since the Speaker/Deputy Speaker is the final authority with regards to all the decisions pertaining to the assembly, Dr Mane said, if anyone is dissatisfied with the present decision of the deputy speaker, he/they will have to challenge it before the Bombay HC, where the procedure is time-consuming. “In such a scenario, the rebel group, assisted by the BJP, should press the state governor for early elections of the Speaker for the Legislative Assembly, which is held by a secret ballot. In that case, if the opposition party nominee is elected for the post of Speaker, then the task of Shinde and rebel group with the BJP will be easier, thereby crossing all the legal hurdles. And in case of a different scenario, where the secret ballot elects the MVA nominee, the MVA government will complete the entire term,” he said.

BJP did this in other states

Dr Mane said, “In the present scenario, constitutionally and legally, it has been well established, by SC decisions in the cases of S R Bommai v/s Union of India (Karnataka case) of 1994, Rameshwar Prasad v/s Union of India (Bihar case) of 2006, and Shivraj Singh Chouhan v/s Speaker (Madhya Pradesh case) 2020—unless the party loses the majority on the floor of the assembly or the house, no government will fall and therefore, the floor test is mandatory and crucial to determine the fate of any ruling government. Interestingly, the BJP is known for using arm-twisting tactics, in addition to the misuse of central agencies like the ED, CBI and I-T that have been clearly established through the game of toppling the ruling governments  in Madhya Pradesh, Uttarakhand, Goa, Tripura, Karnataka and now we are witnessing the same tactics in Maharashtra. However, this attempt of BJP failed miserably in Rajasthan and only time will decide the fate of the Maharashtra government.”

Centre can use its power

“The Speaker/ Deputy Speaker will rule on the issues of the technicalities and legality of the recognition of the rebel group, as per the conduct of the business rules of the Assembly. Secondly, in the matter of the group leader and the command of the order of the chief whip, the decision of the Deputy speaker will be final and how much time is to be given to prove the majority, on the floor of the house, is a prerogative of the Governor. Incidentally, the Maharashtra CM and the Governor are suffering from COVID, which makes rebels’ task groups difficult. The only solution could be that the office of the Governor of Maharashtra, which is at present with the Governor of Goa, may decide on the same or else the Centre can appoint a provisional governor to perform the said task in Maharashtra as per the constitutional power given to the Centre,” he said.

About the demand of Pravin Darekar (Opposition leader in Legislative Council) to change the Deputy Speaker of the Assembly on the ground of being ‘biased’, Dr Mane said, “It is legally not tenable or sustainable, because he is elected as the Deputy Speaker and is not an appointee, and being dissatisfied with his decision, the remedy is only the High Court and not the Governor’s office,” concluded Dr Mane.