Param Bir, Waze acted in cahoots to save themselves, claims ex-Maha minister Deshmukh in bail plea in graft case 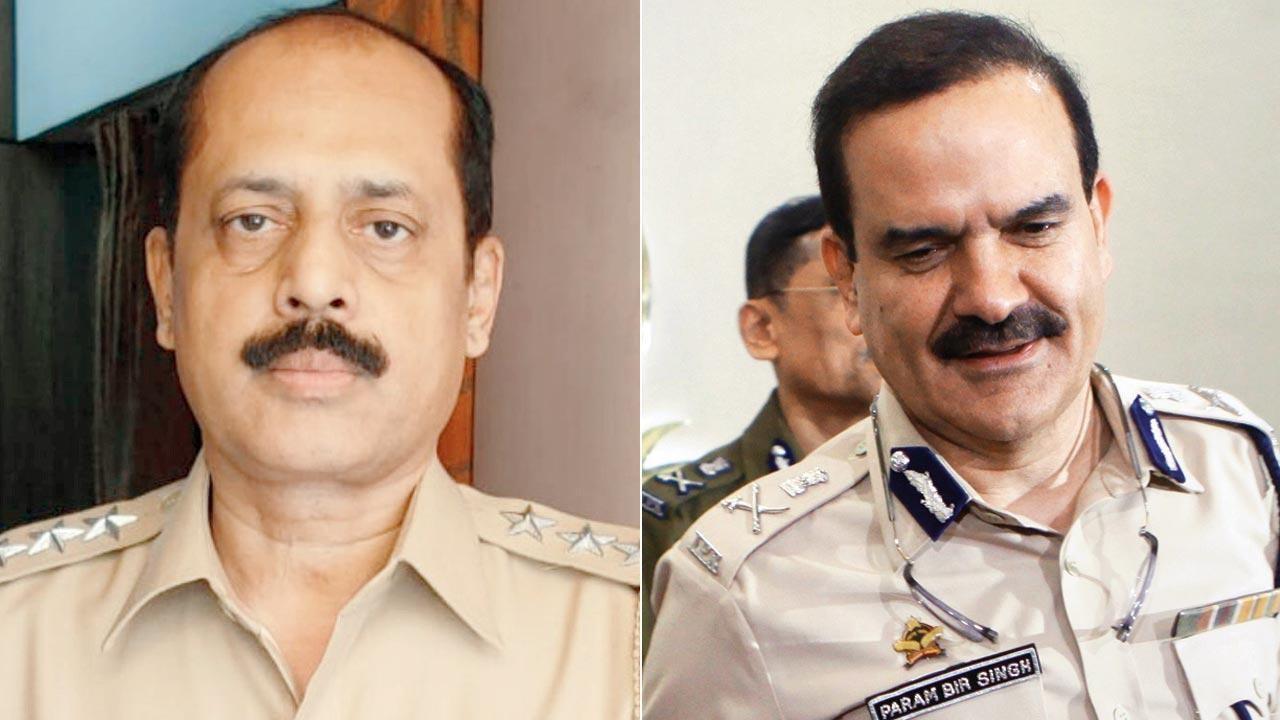 
Former Mumbai police commissioner Param Bir Singh and dismissed cop Sachin Waze acted "in cahoots" and passed the buck to him to save their own skin, former Maharashtra minister Anil Deshmukh claimed in his bail plea filed in a court here in connection with a corruption case against him.

In the petition submitted in the special CBI court on Thursday, the senior Nationalist Congress Party (NCP) leader also claimed that the entire set of accusations against him rests upon "mere whims and fancies" of the investigating agency, which raised questions about the credibility of the statements on which the Central Bureau of Investigation's case is based.

The 73-year-old NCP leader was arrested in November last year in a money laundering case being probed by the Enforcement Directorate (ED). He is currently lodged in the city's Arthur Road Jail. The Bombay High Court had on Tuesday granted bail to him in the money laundering case registered by the ED, but stayed the order until October 13 to enable the agency to file an appeal.

However, he is also facing a corruption case registered by the Central Bureau of Investigation (CBI).

Deshmukh filed his bail application through advocates Aniket Nikam and Inderpal Singh before the special CBI court judge S H Gwalani in the corruption case being probed by the CBI.

In the plea, Deshmukh claimed that the case against him rests upon mere whims and fancies of the investigating agency.

The credibility of the statements on which the CBI's case rests is extremely doubtful and the credentials of all such people raise a question mark of serious nature, it said.

"The entire case is based on the statements of Param Bir Singh and Sachin Waze, a tainted cop, against whom there is ample evidence available on record that he himself was in fact the sole person instrumental in the collection of illegal bribe money from the bar owners," the plea said.

"It is further a matter of deep and grave concern that Sachin Waze, who had remained in suspension for so many years, was reinstated and then accorded a status of a blue-eyed boy by the then commissioner of police.

"Both of them have acted in cahoots with each other and in order to save their own skin as well as to pass the buck on to the applicant (Deshmukh), absolutely false statements have been made having no credibility as well as evidentiary value," it said.

On the allegation of corruption in transfer and posting of a police officer when he was the state home minister, the politician said it was not only "misfounded", but an "absolute anathema to law".

The bail application said that the CBI, which claims to be a premier investigating agency, has blatantly acted in a partisan, biased and lopsided manner.

The agency has proceeded to get the main/principal accused Sachin Waze declared as an approver, which itself demonstrates that there is absolutely no substance in the case, the plea claimed.

In the plea, Deshmukh also talked about his medical condition.

"The applicant is suffering from several serious ailments, which have virtually incapacitated him to undertake ordinary pursuits of life without adequate medical treatment, is beseeching for a benevolent indulgence of the court to admit him to regular bail," it said.

Citing the Bombay High Court order granting him bail, Deshmukh urged the special court to rely on some "potent, pertinent and far-reaching observations made as well as inferences drawn by the HC.

The court asked the CBI to file its reply on the bail plea on October 14.

The CBI had registered a corruption case against him following allegations made by Param Bir Singh.

Singh had alleged that Deshmukh, the then home minister, had directed police personnel to collect Rs 100 crore per month from restaurants and bars in Mumbai.

Deshmukh had denied the allegations, but stepped down from his cabinet post in April 2021 after the high court directed the CBI to register a case against him.

It was revealed during preliminary enquiry the accused and others allegedly attempted to obtain undue advantage for improper and dishonest performance of their public duties, the CBI has claimed.

The other accused in the case are Deshmukh's former aides Sanjeev Palande and Kundan Shinde.