NGO and forest department failed in the reunion on Day 1 in Pune, but persisted after modifying reunion set-up 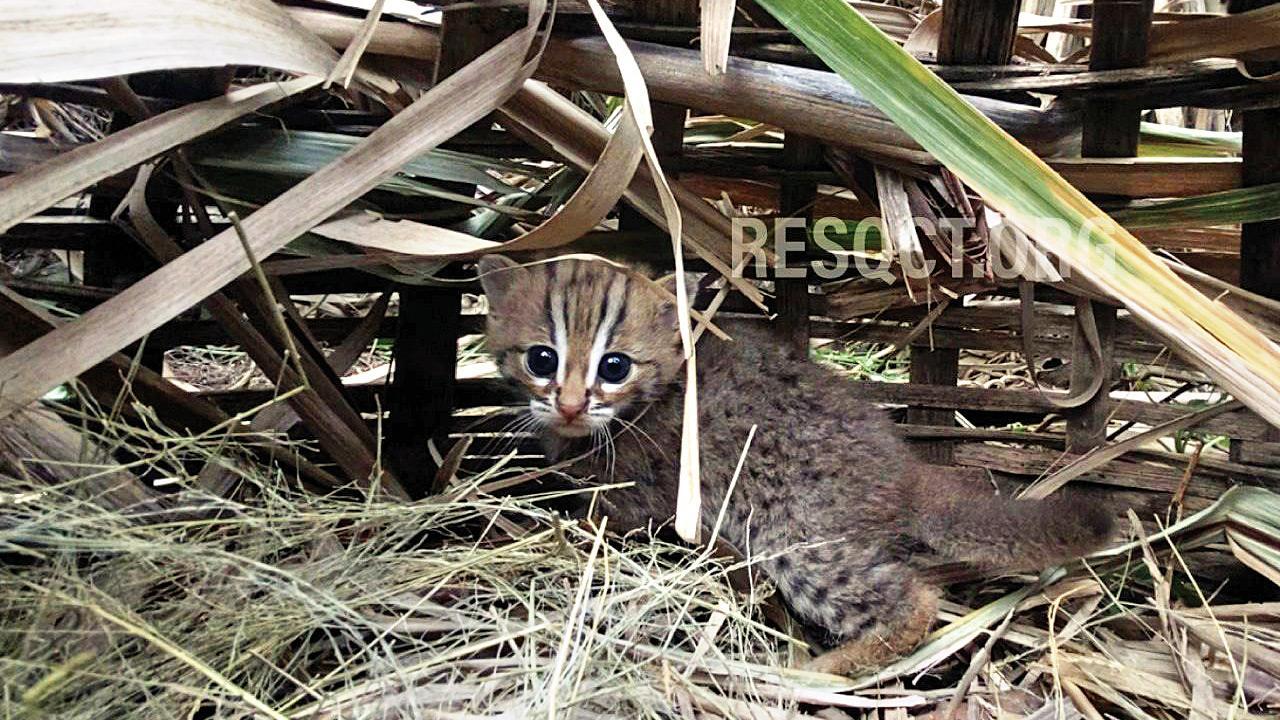 
An NGO along with the forest department successfully reunited two of the world's smallest wild cat kittens with their mother in Pune recently. The Rusty-spotted kittens had been separated from their mother for two days.

The two kittens, approximately a month old, were discovered in a harvested sugarcane field near Uruli Kanchan, Pune. The locals reported this to the Pune Forest Department and NGO RESQCT Wildlife Team (Bavdhan, Pune), who went immediately to attempt a reunion with the mother on the same day.

The mother had not come for her kittens on the first day, and the reunion attempt failed. The kittens were taken to the RESQCT Wildlife TTC in Bavdhan where they were fed and hydrated. The teams decided to attempt the reunion a second time the next evening. A few changes were made to the set-up of the reunion site and live cameras were placed to monitor the kittens remotely. Finally, the mother arrived, and our teams watched her retrieve and relocate her kittens one by one to a safer place. 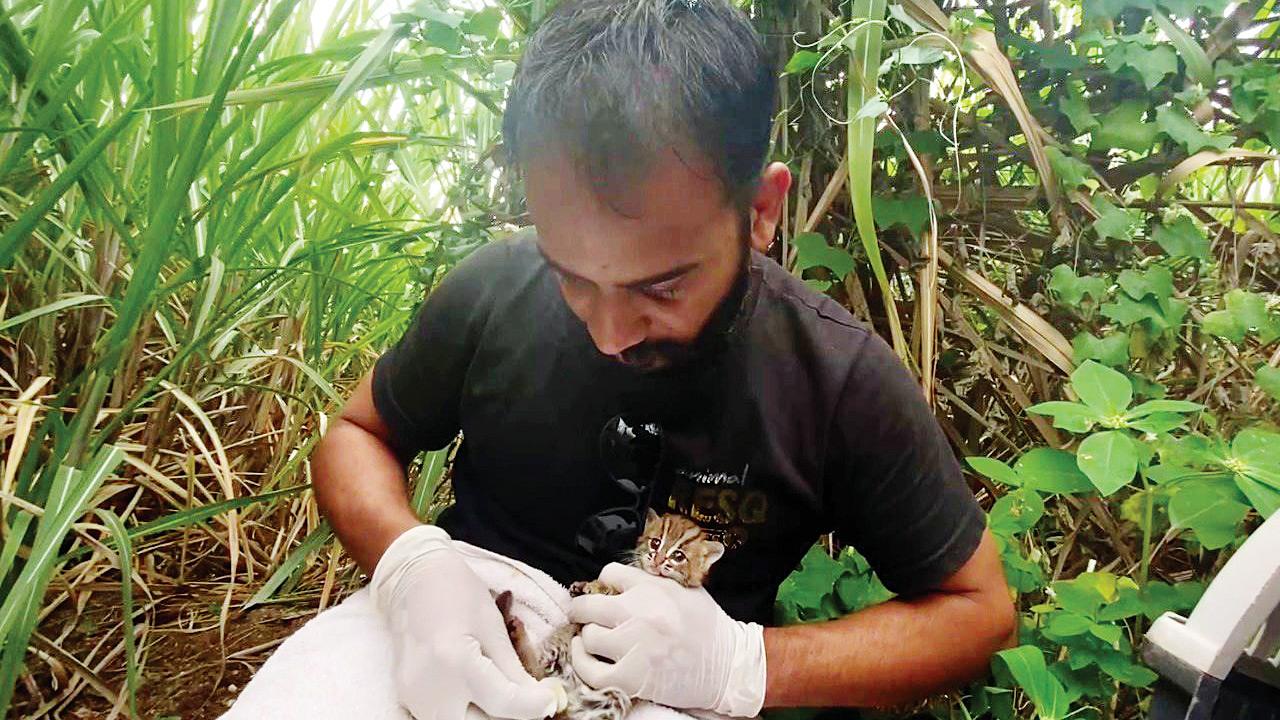 Members from the NGO and forest department at the reunion site

“It is easy to get demotivated when a reunion fails in the first attempt, and it is common to not try again, however, this experience has proven that if a few changes are made to the usual set-up scene keeping in mind the behaviour of a Rusty-spotted cat, a successful reunion is possible even after 24 hours,” said Neha Panchamia, RESQ Charitable Trust, Pune.

The Rusty-spotted cat (Prionailurus rubiginosus) is one of the world’s smallest wild cats and has ‘Near-Threatened’ status on the IUCN Red List. This species is protected under Schedule I of the Wildlife Protection Act, 1972. Their distribution is limited to the dry deciduous forests, scrubs and grasslands of India and Sri Lanka. This wild cat is nocturnal and feeds mainly on rodents, birds, lizards, frogs and insects. After a gestation of approximately 67 days, females produce a litter of 1-3 kittens. Common threats to this species include deforestation, habitat modification, poaching and hunting.