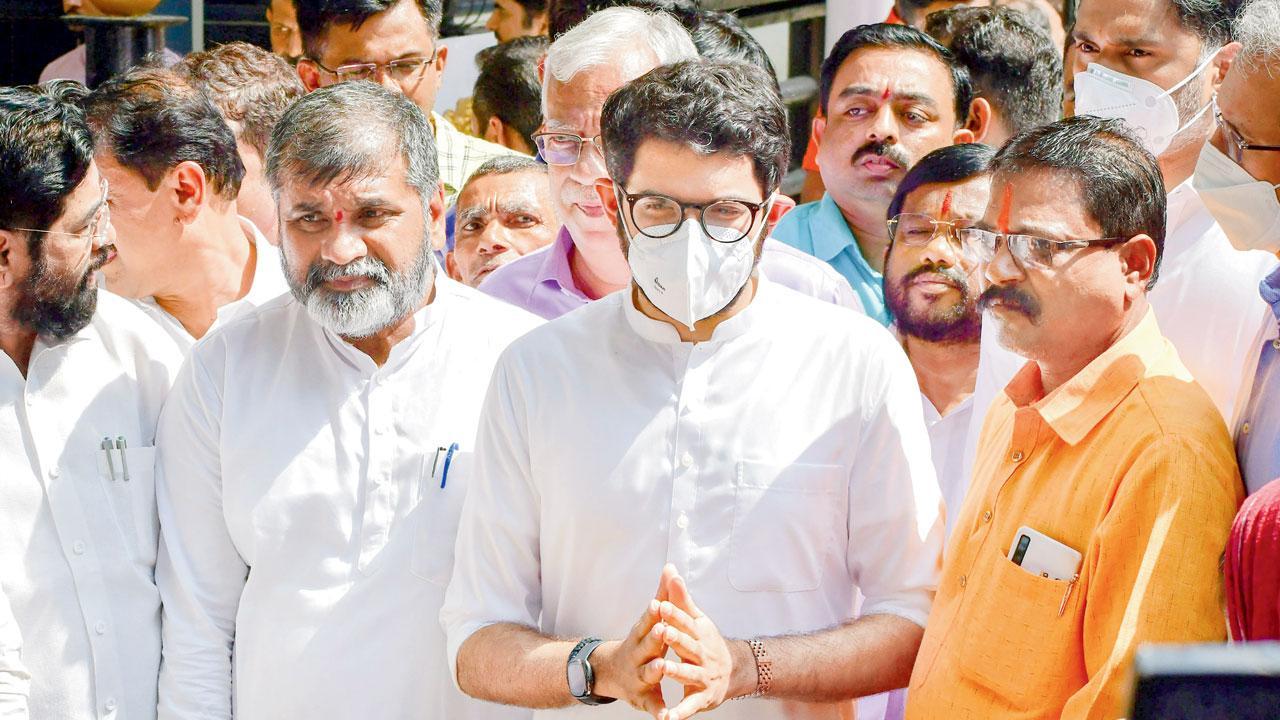 
Besides the political drama  unfolding behind the curtains, the forthcoming June 20 Legislative Council elections have thrown up surprises in the selection of candidates by the Shiv Sena and the Bharatiya Janata Party (BJP).

There are 10 vacancies. Polling will be required if the Sena (2 candidates), the BJP (5), the Congress (2) and the Nationalist Congress Party (2) keep all their 11 nominees in the fray. The NCP hadn’t announced its candidates till late Wednesday evening. The picture will be clear on June 13, the day of withdrawal. Before it, the Rajya Sabha contest for six seats will decide who among the BJP and the Maha Vikas Aghadi stands where on June 10, the day of polling and results. The Assembly members will vote in both elections.

The Sena dropped two seniors, a sitting minister Subhash Desai and former minister Divakar Raote, giving an opportunity to Mumbai’s Sachin Ahir and Nandurbar’s tribal leader and district chief Amsha Padvi. Desai said he has decided to not contest elections. He could continue as a minister for the next six months without being a member of either house.

A former minister of state from the NCP and three-time Worli MLA, Ahir defected to the Sena before the 2019 Assembly elections. He has assisted Aaditya Thackeray to build the Worli constituency. Padvi said he is the first tribal ever to be sent to the upper house.

The BJP has announced five candidates—two sitting members who were with other parties before getting elected in 2016 and three party loyalists. Opposition leader in the upper house Pravin Darekar; former minister Ram Shinde; former officer on special duty in the CMO, Shrikant Bharatiya; party’s state women’s wing president Uma Khapre; and Prasad Lad are in the BJP list. Darekar and Lad have been retained, but the latter will be the party’s fifth candidate who will have to fight it out for extra votes if there is a contest. State BJP chief Chandrakant Patil said the party will win all five seats.

The opposition party has also dropped the representatives of smaller allies, Sadabhau Khot and Vinayak Mete. The hopefuls like former minister Pankaja Munde and Chitra Wagh were not considered. Shinde, who lost to the NCP's Rohit Pawar in the 2019 Assembly polls in Jamkhed-Karjat, is being rehabilitated.

Munde’s missing name made news in the BJP camp because her inclusion was highly expected almost three years after her defeat in the Assembly polls. Following outrage among her supporters, she was made a national secretary deputy in-charge of Madhya Pradesh. The State BJP chief said the Maharashtra leaders made efforts to get her a ticket, but the party’s decision was final.

Considering the party’s poor representation from Mumbai in the legislature, the Congress has nominated its city president, Bhai Jagtap, and a dalit leader, Chandrakant Handore. The candidatures are also seen as a booster to the local party workers ahead of the civic polls. Jagtap has been a member of both houses earlier. Handore was a cabinet minister.

Eknath Khadse, who quit the BJP, is expected to be the one of NCP’s candidates. Chairman of the upper house, Ramraje Naik Nimbalkar will be the other, said sources. Khadse’s name was sent to the governor for an MLC’s position, but the list has not been cleared by the Raj Bhavan. However, if the NCP fields only one candidate, there will be no polling.