Speaking to the press outside the Samna office, Raut said, 'I knew this was going to happen, looking at the current political scenario in the state. But let me tell them (BJP) that I am not scared of these tactics' 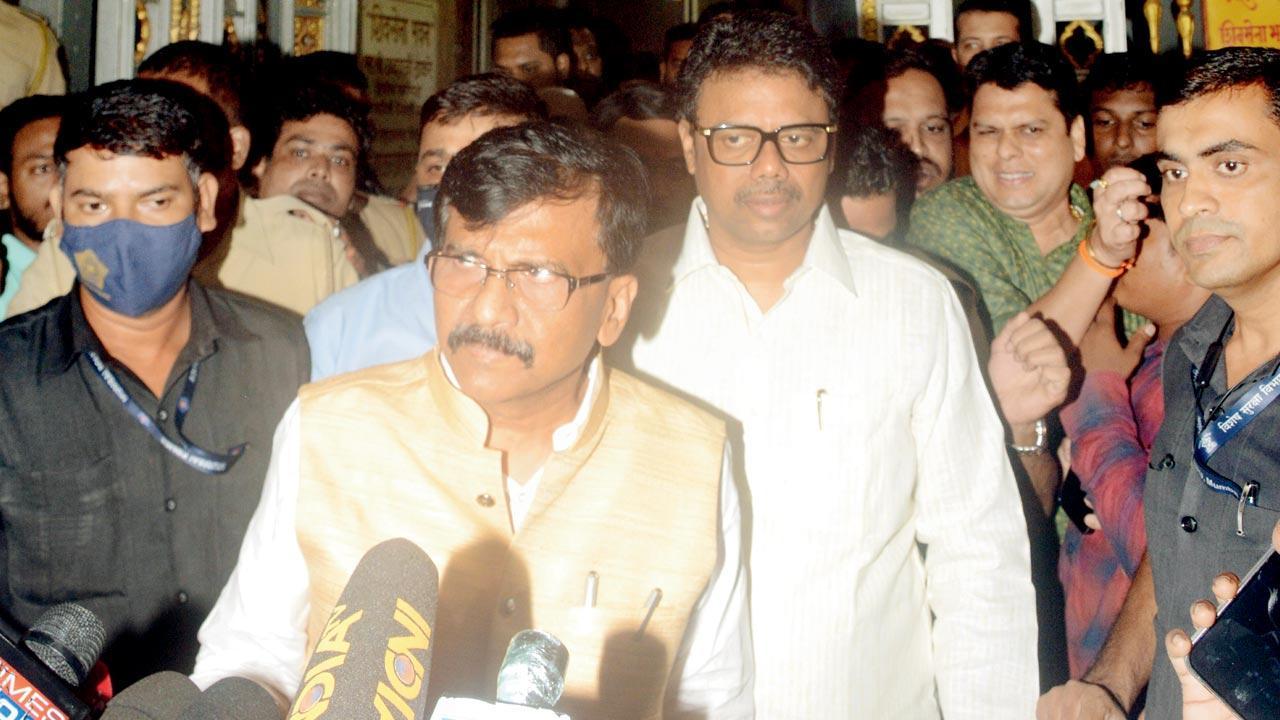 
The Enforcement Directorate (ED) has made an entry amid the ongoing political crisis in the state by summoning the Shiv Sena’s leader in the forefront, Sanjay Raut, a vocal critic of the BJP-led Centre, which he says uses the central probe agencies to topple the Opposition state governments. The ED wants to question him on Tuesday in connection with a money laundering case linked to a chawl redevelopment project.

The ED summons to Raut arrived at a time when the MVA government’s fate was hanging by a thread. The Shiv Sena is facing one of the biggest rebellions in its 56-year history, with strongman Eknath Shinde along with 39 MLAs challenging Chief Minister Uddhav Thackeray and claiming stake in the party.

Speaking to the press outside the Samna office, Raut said, “I knew this was going to happen, looking at the current political scenario in the state. But let me tell them [BJP] that I am not scared of these tactics. 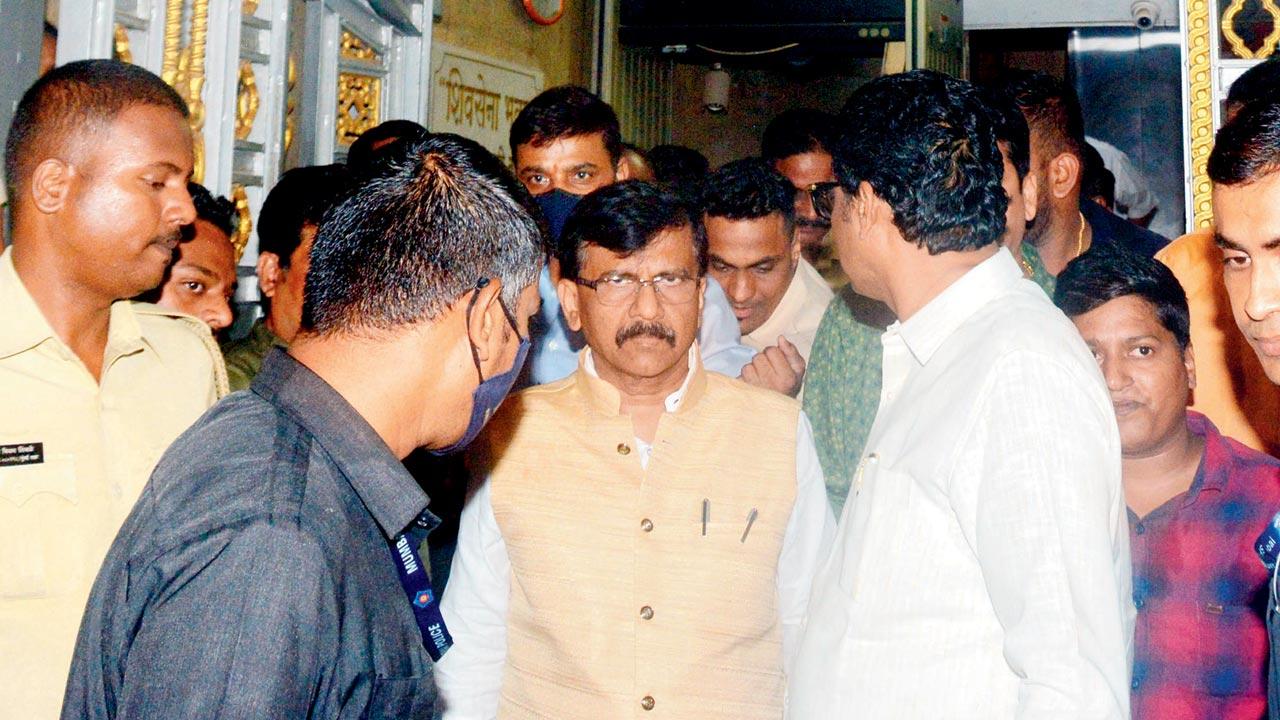 “It [the ED action] was decided in a meeting [between rebel Sena leader Eknath Shinde and BJP leader Devendra Fadanvis] that happened in Vadodara, Gujarat, to ‘shut Sanjay Raut’s mouth’. I am prepared for everything when it comes to Balasaheb Thackeray’s Shiv Sena and Maharashtra. I will not bow down to them; I will instead go to jail.”

Raut added that he won’t appear before the agency on Tuesday, as he has “to public rallies in Alibaug and other places. But I am not running away, I will cooperate with the agency.”

Earlier this year, the agency provisionally attached assets worth R11.5 crore belonging to Raut, his wife and family friends. “He has been called based on some evidence that surfaced during the ongoing probe in the money laundering case. He needs to be confronted with that evidence to get further clarity,” said an ED officer.

The ED filed the case earlier this year based on an FIR registered by the Economic Offences Wing (EOW) in March 2018 against Rakesh Wadhawan, Sarang Kumar Wadhawan and Pravin Raut--a trusted aide of Sanjay Raut.

Pravin is also the former director of Guru Ashish Construction, which is also named in the FIR on a complaint of MHADA. The ED arrested Pravin in February and also filed a charge sheet against him.

The developer, Guru Ashish Construction, had undertaken the rehabilitation project of 672 tenants of Patra Chawl at Goregaon. According to the ED, the developer was supposed to hand over a certain constructed portion to Maharashtra Housing Development Authority (MHADA), but it sold the plots to nine builders for over Rs 900 crore.

The ED also found that around R100 crore was transferred from HDIL to Pravin’s personal bank accounts. The agency had earlier said that R83 lakh that Sanjay’s wife Varsha received from Pravin’s wife Madhuri in 2010 was proceeds of crime. The amount was used to purchase a flat in Dadar, but she returned R50 lakh to Madhuri after ED started the probe, as per officers.

In April, the ED provisionally attached assets worth R11.15 crore, including a flat in Dadar and eight land parcels in Alibaug.

In the charge sheet filed against Pravin, the ED also claimed that Varsha and Madhuri are partners in a company named Avani Infrastructure and they constructed a small building in Santacruz named Tulip Residency. The agency also claimed both their shares in profit was Rs 14 lakh each, even though Varsha’s capital investment was Rs 5,625 whereas Madhuri’s was Rs 13.5 lakh.

2018
Year the case in the alleged scam was first filed

Sanjay Raut, Shiv Sena leader @rautsanjay61:
There are big political developments in Maharashtra. We, Balasaheb’s Shivsainiks are fighting a big battle. This is a conspiracy to stop me. Even if you behead me, I won’t take the Guwahati route. Arrest me! Jai Hind!