Mumbai-based NGO, Sisters Living Works is one of those who spoke up against the event u00e2u0080u0094 Aakhri Alfaz (last words) and opposed the idea of trivialising a global health problem 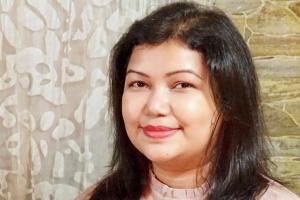 
At a time when the increasing number of suicides has become a major cause of concern, a group from Shatabdi Boys' Hostel of Allahabad University is facing a lot of criticism for organising a 'suicide letter-writing competition' as part of an annual festival, Udbodhan — The Awakening. Mumbai-based NGO, Sisters Living Works is one of those who spoke up against the event — Aakhri Alfaz (last words) and opposed the idea of trivialising a global health problem. However, "in order to avoid any further controversy", the organisers — fourth year Law students — have decided to cancel the event.

Surprisingly, this is not the first time the event is being held. One of the students from the organising team said it has been a part of the festival since it started eight years ago. "Students from previous batches came up with the idea of conducting the event and we decided to continue with it," said a student. He added that students were given the leeway to organise the event and neither the university administration nor the Shatabdi Boys' Hostel authority monitors it.

Rimpa Sarkar, clinical psychologist, said, "This contest reflects the insensitive views that the event's organisers have about the individuals struggling with suicidal thoughts. The timing of this festival is also a concern, since more number of suicides take place between February and April, which is the exam time." Sharing similar views, Johnson Thomas, Director of Aasra, an organisation that runs a 24-hour helpline, which caters to suicidal and emotionally distressed individuals, said, "The students should be a little more responsible. If the idea of the event was to give people a space to vent out their emotions, then it would have made sense. If not, then it's a bad idea," he said.

Another expert, Dr Kersi Chavda, a psychiatrist and consultant at Hinduja Hospital said, "While we need to talk about suicide on all forums, having a letter-writing competition on it is not appropriate, since it reduces the importance of the situation. It's perfectly okay to discuss the issue but this event is slightly insensitive and should be avoided."

Organisers cancel event to 'avoid controversy'
In a statement issued on Udbodhan's Facebook page on Tuesday, the organisers announced that they have decided to cancel the event "to avoid any further controversy". They, however, justified the idea of conducting it and stated that their aim was not to desensitise delicate issues of suicide and depression but to "uncover the emotions that lead to them". The clarification reads, "The event's agenda was to educate people about the indicators and common risk factors latent in a depressed brain. This gives us a platform to discuss and deduce strategies that can help reduce suicide rates, and to comfort those who are facing such emotions by making them realise that they're not alone."