Becomes India’s first Ramsar site located within an urban metropolis and the largest wetland, third such site in Maharashtra 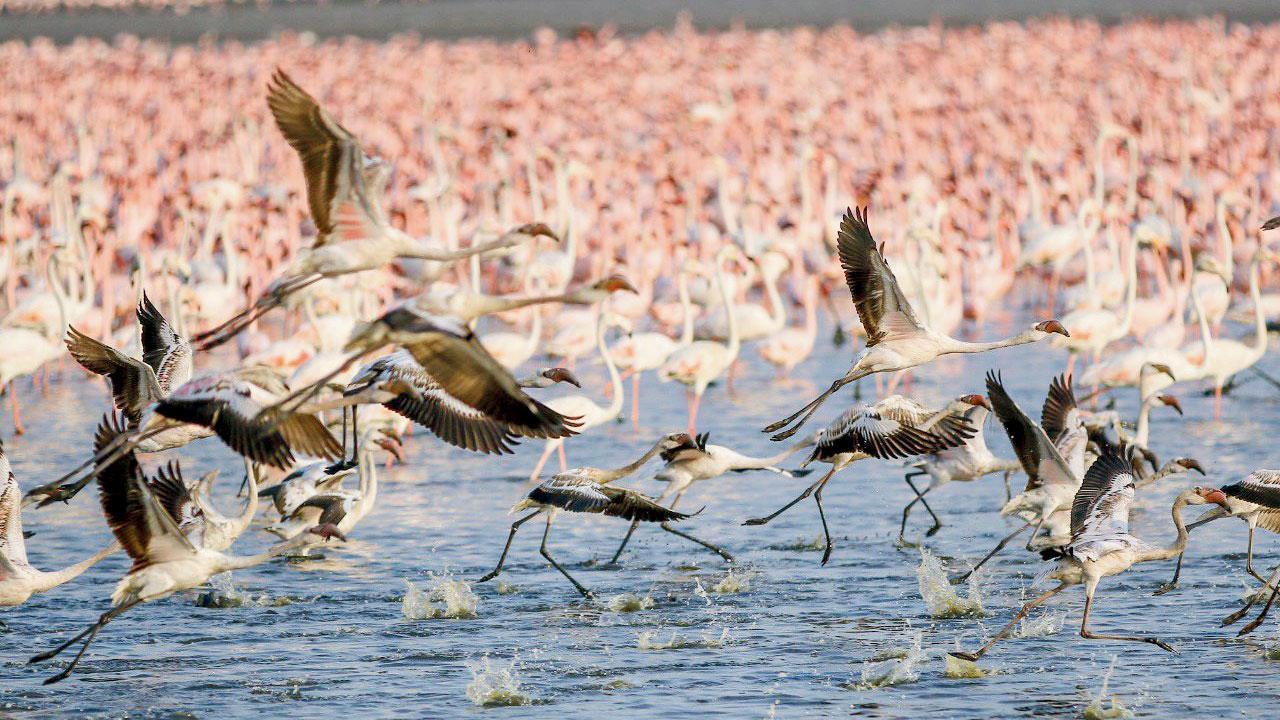 The creek’s marshy area prevents human inhabitation, even though its surroundings are heavily populated


Good news is in store for Maharashtra and wildlife enthusiasts. The Thane creek was on Saturday designated as a Ramsar site—a wetland of international significance. With this, Thane creek now has the unparalleled honour of being the first wetland in India located within an urban metropolis, specifically the Mumbai Metropolitan Region (MMR).

The Thane creek was also declared as the largest wetland encompassing a total area of 6,522 hectares (ha). Of this, 1,690 ha has been declared as the Thane Creek Flamingo Sanctuary (TCFS) and 4,832 ha notified as Eco Sensitive Zone around the Sanctuary.

The state now has three Ramsar sites. Nandur Madhmeshwar in Nashik district of 800.96 ha and 427 ha Lonar Lake in Buldhana district, were declared Ramsar sites in January and November 2020 respectively. 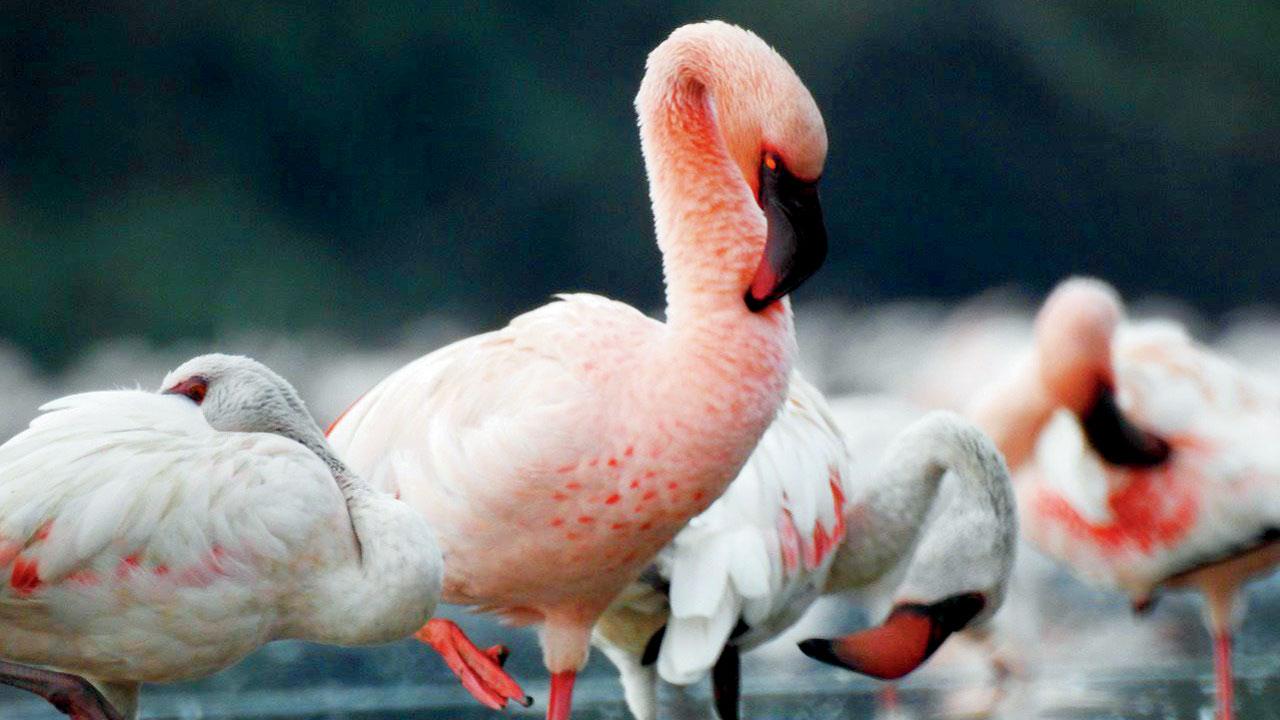 The development was communicated by the Ramsar Convention to the Ministry of Environment, Forests and Climate Change (MoEFCC) on Saturday, after the creek fulfilled seven of the total nine criteria to be entitled as a Ramsar site. India now has 75 Ramsar sites, the highest for any country across South Asia.

A Ramsar site is a wetland area of international significance identified by the authorising Ramsar Convention, which is an international environmental agreement establishing action framework for wetlands. It was adopted in the Iranian city of Ramsar in 1971.

Virendra Tiwari, Additional Principal Chief Conservator of Forest, Mangrove Cell said, “The value of this wetland is now recognised as contributing to global biodiversity. We are committed to safeguarding this area, administering it in accordance with international standards, and making sure biodiversity is sustained over the long term.” Ecosystem services such as preservation of this wetland, offers a big boost to protect the ever expanding MMR during climate change hazards like cyclones.

Thane creek has a ubiquitous quantity of globally significant species and it maintains bio-geographic diversity by supporting plants and animals at critical stages. It has more than 202 endangered or threatened bird species. The other fauna consists of 24 species of zooplankton, 35 species of phytoplankton, 59 species of butterflies, 67 species of insects, 18 species of fish, crustaceans, and molluscs, and 23 species of Benthos.

Dr Afroz Ahmad, Expert Member, National Green Tribunal (Principal Bench) and Former Member, National Wetland Committee under MoEFCC said, “This region is undoubtedly an ecological hotspot with a high potential for biodiversity. This declaration will enable the relevant agencies to safeguard and protect this area as well as encourage people to conserve and guarantee its sustainability, particularly during these trying times of climate change.”

The creek’s marshy area prevents human inhabitation, even though its surroundings are heavily populated. “The creek’s ecology and economy outweighs the metropolis’ stressors. The Ramsar designation and the announcement of a sizable eco-sensitive zone last year, will contribute to the improved protection of this place, which will be done by enhancing staff security and closely collaborating with the nearby fishing community,” said Tiwari.

Mangroves line both banks of Thane Creek, making up around 20 per cent of the entire species of mangroves found in India. These include the 13 species of real mangroves, 36 species of mangrove allies, and a sizable group of grey mangrove trees. The mangrove forest serves as a natural buffer zone, shielding the land from storms, tidal surges, seawater invasions, and other natural disasters. The mangrove supports the local fishing and acts as a nursery for a number of fish species.

Environmentalist Debi Goenka, executive trustee, Conservation Action Trust and environmentalist Stalin D were ecstatic about the announcement. Goenka said, “This proposal was pending for several years for want of a proper map demarcating the boundaries. Hopefully now, the plans of the Mangroves Cell to cut mangroves in Thane Creek or to reclaim it by stopping the tidal water flow will be dropped and civic bodies will stop dumping sewage, solid and industrial waste at the site. This tag will also attract foreign bird watchers.”

Stalin D added that the declaration will go a long way in protecting the unique biodiversity of the creek. “It also puts Mumbai prominently on the world tourism.” The creek travels 26 kilometres north of Mumbai Harbor before joining Ulhas River, one of the creek’s main freshwater sources, via a narrow channel.

The wetland was declared a Ramsar site under seven criteria. These include having globally significant species, maintaining biogeographic diversity and supporting plants and animals at critical stage, having over 20,000 rare and threatened water-bird species, indigenous fish and important source of food for fish, spawning ground, nursery and/or migration path on which fish stocks depend.

What is a Ramsar Site?

They are wetlands of international importance under the Ramsar Convention, which is an intergovernmental treaty that provides the framework for national action and international cooperation for the conservation and wise use of wetlands and their resources.
>> Number of Ramsar Sites in the world: 2,453
>> India signed the convention on February 1,  1982
>> Number of Ramsar Sites in India: 75