Mumbai: Lockdown trips reality dancing stars back into the rut

One of Mumbais top dance crews from Bhayandar, which had pulled itself out of poverty, now left with no income 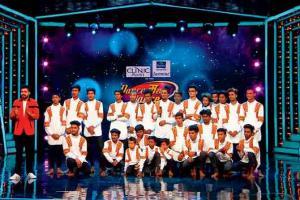 Teenagers Crew INDIA at a performance for a TV channel


One of Mumbai's top dance troupes, Teenagers Crew INDIA, has shut its classes at Bhayandar East after not getting work for the past seven months. The members of the troupe said their situation is so bad that they don't have money for groceries at home. But full of hope, the group of youngsters has been rehearsing on beaches and at railway stations, and is seeking free space from the civic body to rehearse, so they can restart work during the festival season.

The troupe is dependent on weddings, corporate events and reality shows for a living. Teenagers Crew INDIA is also well known for stunts and free-style hip pop dance. They were contestants at India's Got Talent Season 7, India Banega Manch, Dance Maharashtra Dance, semi-finalists at Kings of Dance, and winners in Dancing Stars 3. Their team also performed at the Star Parivaar Awards, Tamil Nadu Premier League and the IPL. 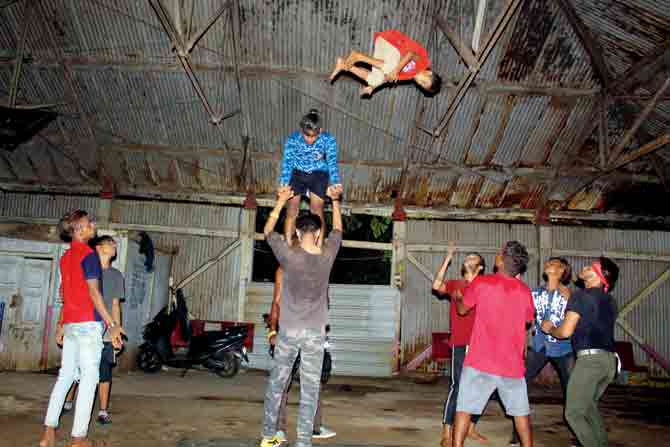 Rohan Pawar, 28, who is one of the founders of the troupe, had been teaching dance at a studio at Bhayandar East. However, the rent for the studio is R20,000 a month and they haven't paid dues of R1.5 lakh including the electricity bill for the past seven months. He said he was forced to shut the studio as they had no work.

Pawar told mid-day, "My team is my family. I formed this group in 2012 and all our members are slum residents. We always divide the profits and I used to help the crew with groceries, etc, but due to the lockdown we have had to shut our studio. We are 40 people who have not had work for seven months. Now, we don't have a place to practice and we have requested the MBMC and BMC to help us with some space. We are waiting for their reply."

He added, "We have restarted rehearsals as there are festivals coming up and we hope to get some work soon."

'Waiting for a miracle' 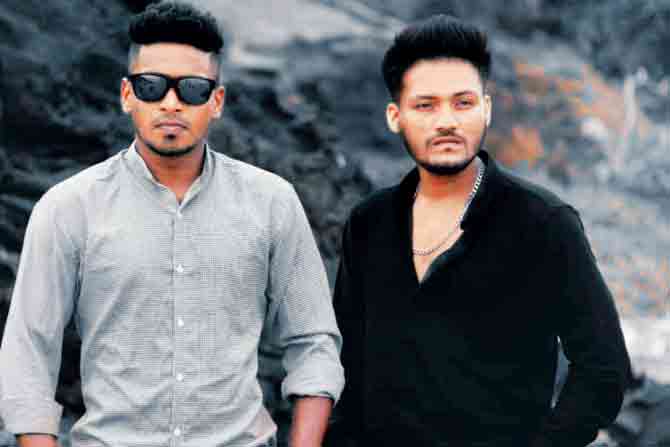 One of the troupe members, Krishna Baag, 23, said, "My family is dependent on me. I used to earn money from dance. Now I don't even have groceries at home. Still our hope is alive and we rehearse at the beach and outside Bhayandar railway station. If we get free space from MBMC, we can rehearse and get back to work again."

Another member Emannuel Thapa, 11, said, "I used to fund my studies with the income from our dance gigs. My dad is a driver and mom works in people's households. I am in Std V and now my studies too are affected as I have no work. My parents have not had work for the past seven months. We troupe members are now practising and waiting for a miracle. I want to study and make a career in dance."

Rudra Singh, 23, another member, said, "I started doing small jobs and have been earning R5,000 a month. Dance is my passion and I try to manage both rehearsals and my work. My family is dependent on me. We need help to restart work. We used to perform at weddings, events, offices events and award ceremonies, but currently none of these are held."

Next Story : After increase in commuters, ticket queue 'climbed up foot overbridge'