In Photos: Two killed after lift trolley collapses in Worli

Two people were killed on Monday after a lift trolley crashed at a 15-storey under construction building in Worli. Mumbai Fire Brigade, Worli Police and the local BMC ward staff rushed to the spot following the incident which took place at around 4:30 pm on Monday, an official said. 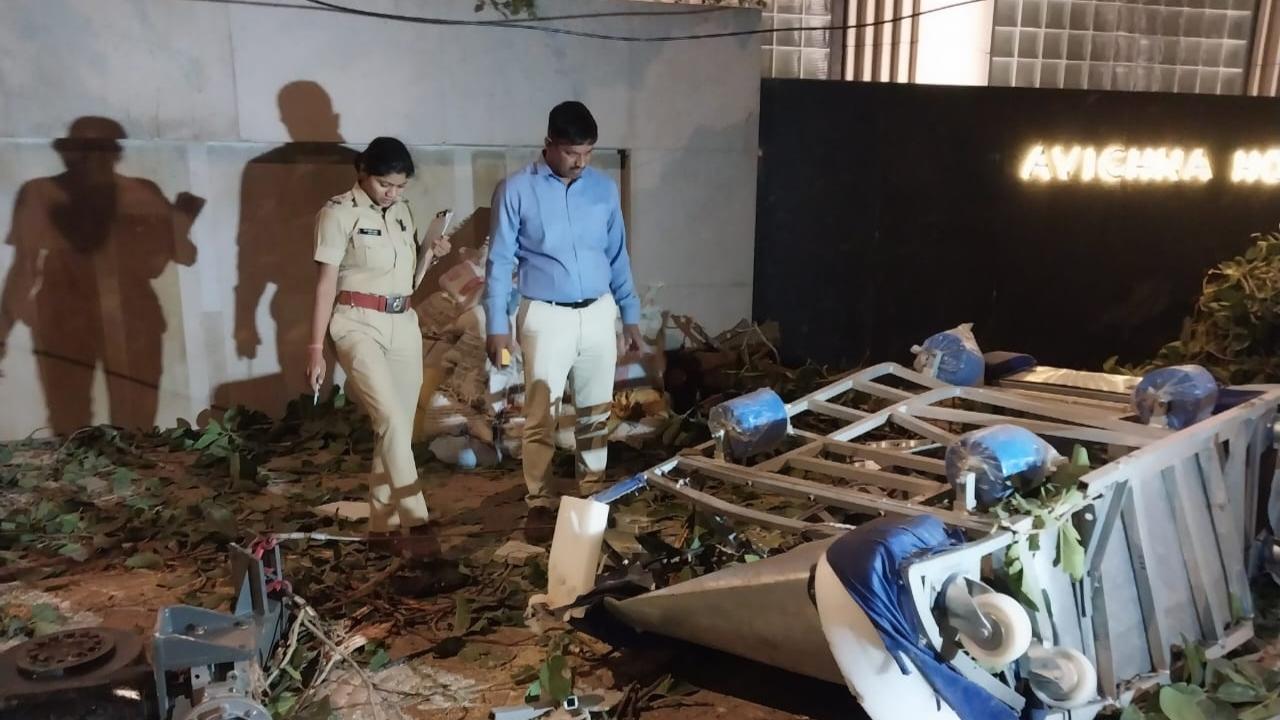 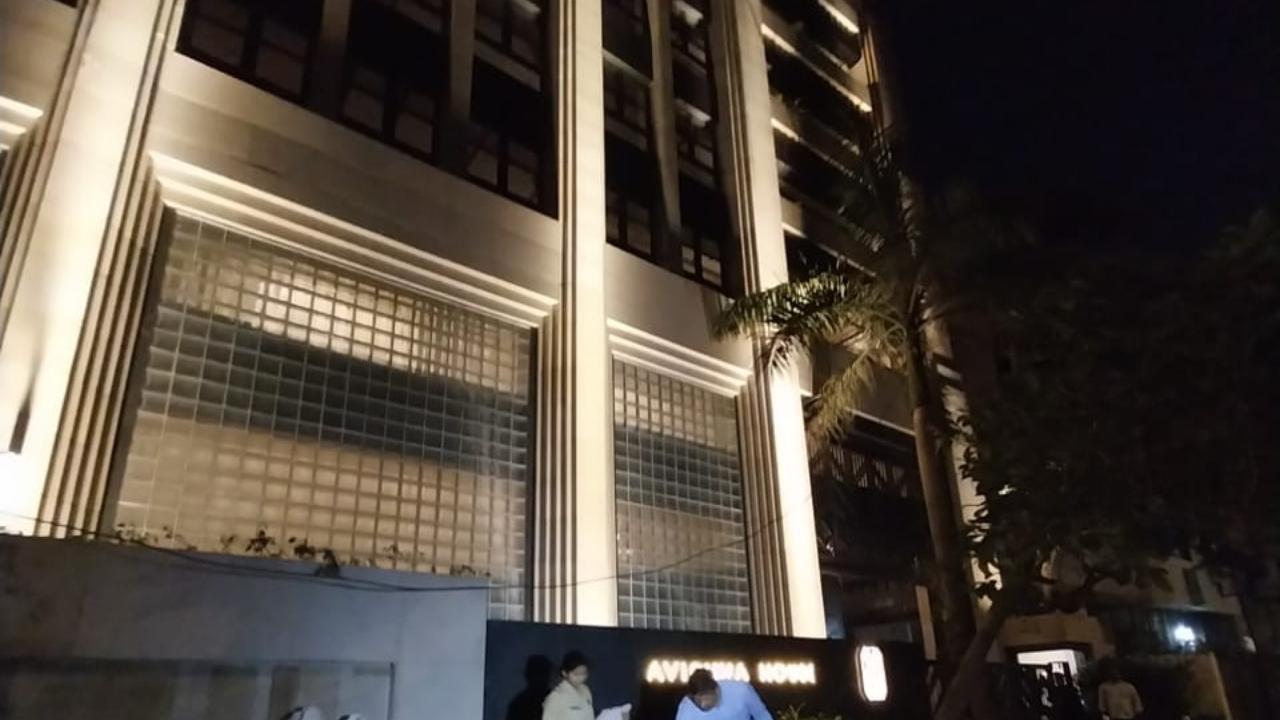 The incident took place at Avighna Tower when two people, both labourers were cleaning the glass on the exterior of the building, the official said. 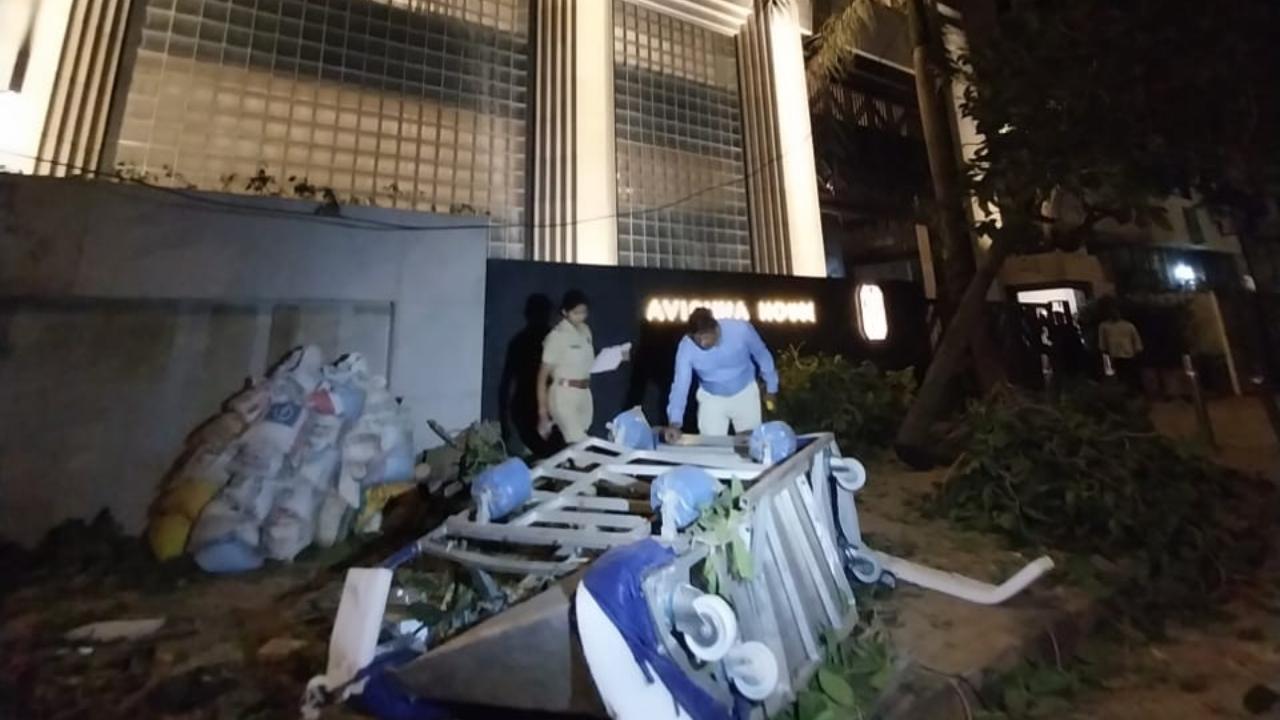 The supporting rope of the lift trolley suddenly broke and the contraption crashed to the ground floor, leaving both seriously injured. 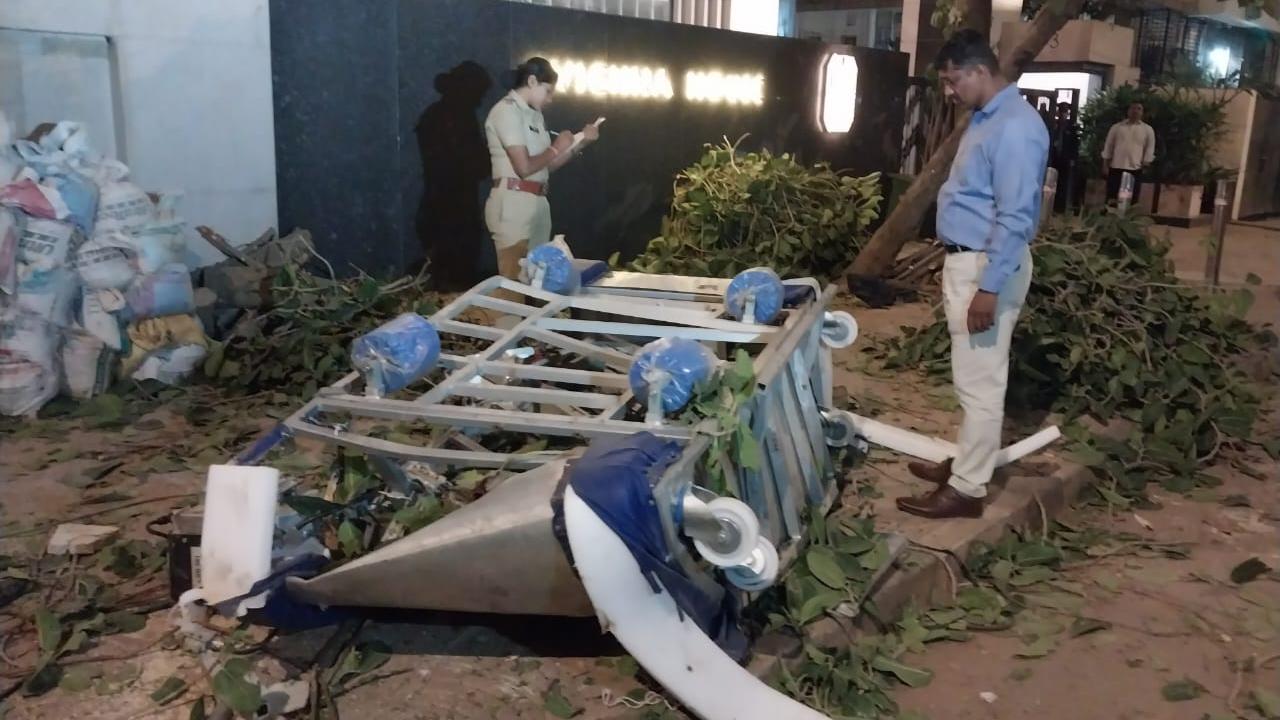 The BMC said that the Mumbai Fire Brigade was immediately informed about the incident which rushed to the spot for a rescue operation. The duo were shifted to Nair Hospital, where they were declared dead by the doctors. 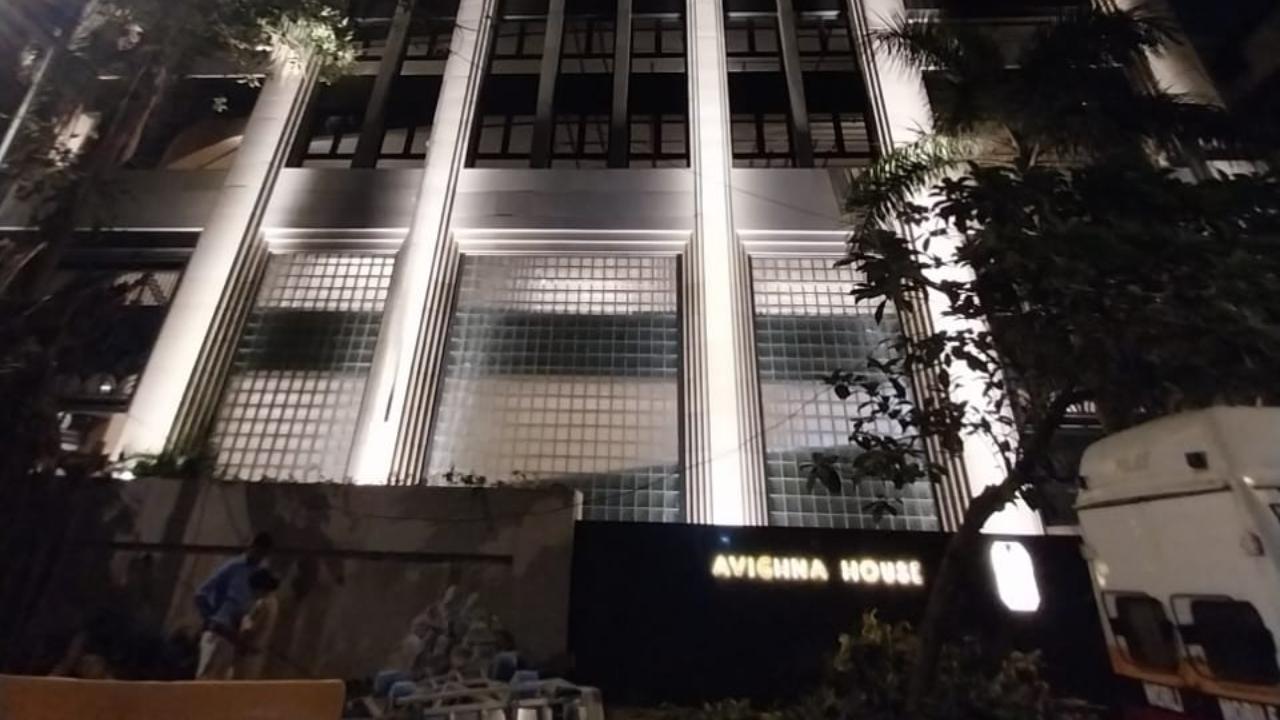 The Worli police are in the process of registering an FIR against the labour contractor and site supervisor for alleged negligence, an official said.