A call about the blaze was received at 12.17 pm following which seven fire tenders were rushed to the spot 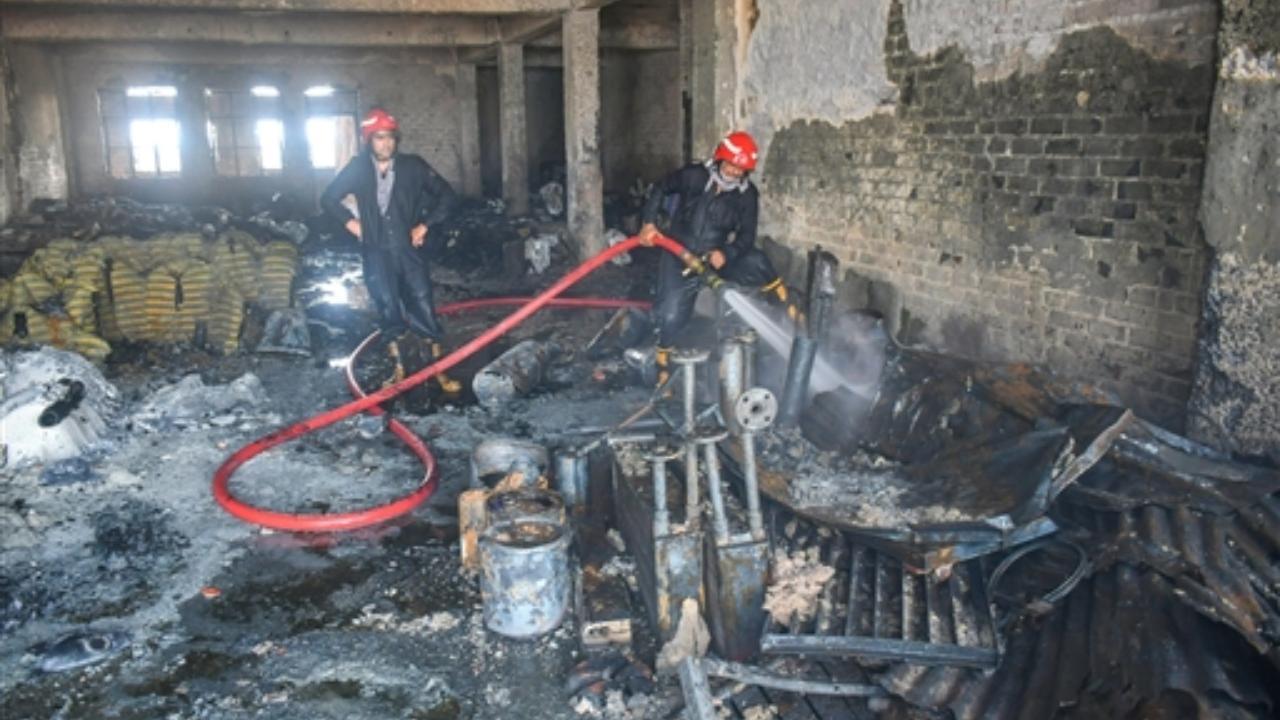 Firefighters extinguish the fire, that broke out in a manufacturing unit, at Bawana industrial area in New Delhi. Pic/PTI


A 42-year-old man was killed and six others were injured when a fire broke out at an electric goods factory in northeast Delhi's Mustafabad area on Thursday.

A call about the blaze was received at 12.17 pm following which seven fire tenders were rushed to the spot, officials said.

The police said Inderjeet Pandey, a resident of Pusta Sonia Vihar, succumbed to burn injuries. He was a worker in the factory, a senior police officer said.
The blaze was brought under control at 1 pm, fire department officials said.

"The fire broke out on the first floor of a factory manufacturing electric items (inverter, stabiliser, etc), injuring seven persons who were rushed to the GTB Hospital.

"One person was later declared dead and another person is in serious condition. The building is spread over an area of about 200 square yards," Fire Department Director Atul Garg said.

According to fire officials, the factory didn't have an NOC from the department.

The police said the fire broke out at the factory on street number-23 of New Mustafabad which comes under Dayalpur police station.

A senior police officer said that the injured have been identified as Gulfam, a resident of the Old Mustafabad area, Aamir, Bulbul, Bilal, Shamim and Usnara, all residents of the New Mustafabad area.

Ashutosh Pandey (24), the son of deceased Inderjeet, said that his father told them several times about the bad working conditions in the factory.

"My father was working at the factory for the past 10 to 11 years. He told us that the condition of the factory was not good, but he had no choice other than to work there.

"I received a call at 1.27 pm from Sonu, a colleague of my father, who informed me about the fire.

"When I asked him about the condition of my father, he asked me to check him myself. Later, I went to Jag Pravesh Chand hospital where I saw around seven to eight persons with burn injuries and my father was declared dead by the time I reached there," Ashutosh said.

"We took his body to GTB hospital where the staff said that the post-mortem will take place on Friday, following which his body will be handed over to us," he said.

Inderjeet is survived by his wife Sangeeta Devi, two sons Ashutosh Pandey and Aman Pandey and daughter Sapna Pandey. He was a native of Basti district in Uttar Pradesh and was living here for the past 22 years.

Ashutosh said that his father was the sole breadwinner.

He said they heard that a cylinder had exploded, but are not sure about it.

It is the latest in a series of fires in Delhi. At least 27 people were killed in a massive blaze in a commercial building in northwest Delhi's Mundka on May 13.