2020 Delhi riots: In jail for two years on basis of hearsay statement of witness, says Khalid to HC 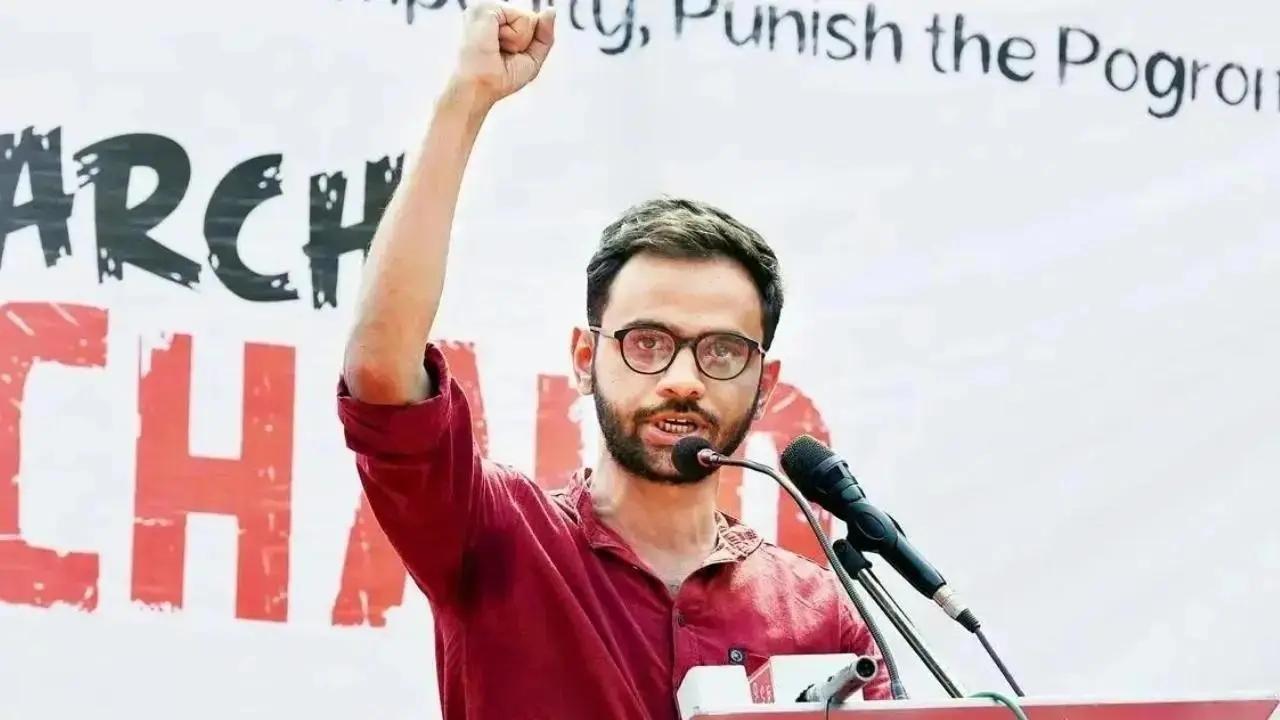 
Former JNU student Umar Khalid, arrested in a UAPA case related to the alleged conspiracy behind the riots here in February 2020, Tuesday contended before the Delhi High Court that he has been in jail for the last two years based on a protected witness' hearsay statement which has no corroboration.

"The prosecution really needs to make up its mind as to what is the case against me," Khalid's counsel submitted before a bench of Justices Siddharth Mridul and Rajnish Bhatnagar.

The bench was hearing Khalid's plea challenging a trial court's order which had on March 24 dismissed his bail application in the case.

"I have to bear the brunt of two years of imprisonment because you have a statement," the counsel said.

Khalid's counsel said the statement of protected witness was the only statement that has some material allegations against him but it was hearsay and lacked corroboration.

The counsel read the statement of the witness and said "this is a case where a statement is made in order to implicate me. It does not have any relation to violence in Delhi".

"This man on December 22, 2019, calls for a chakka jam (road blockade) as his own admission and then gives an exculpatory statement and seeks to implicate me so that his sins are washed away when there is no evidence of my presence. The entire preface of this matter is to frame people under UAPA solely by messages," he said.

"Basically UAPA is now this, you just get a person to make a statement and that is it. That is the difficulty in which I have been arraigned in this matter," he argued.

He said the charge sheet filed by the police in the matter was flowery and baseless.

The court listed the matter for hearing further arguments on Wednesday.

Khalid's counsel had earlier contended that the protests against the Citizenship Amendment Act were against an "unjust law" and it was in no way an act against the Sovereign and that several of the acts alleged or incidents cited against him by the police were not even qualifying as 'terror' and the protestors were not perpetuating violence as contemplated under the UAPA.

The high court had earlier questioned Khalid for using certain objectionable words against Prime Minister Narendra Modi in his speech in Amravati on February 21, 2020.

Khalid was arrested on September 13, 2020, and has been in custody since then.

Khalid, Sharjeel Imam, and several others have been booked under the anti-terror law Unlawful Activities (Prevention) Act (UAPA) and provisions of the Indian Penal Code in the case for allegedly being the "masterminds" of the February 2020 riots, which had left 53 people dead and over 700 injured.

The violence had erupted during the protests against the Citizenship Amendment Act and the National Register of Citizens.

The trial court had dismissed the bail petitions by Khalid on March 24.

Khalid has argued in his bail plea before the high court that his speech, which forms the basis for the allegations against him, did not call for violence, was not contemporaneously uploaded on YouTube, was not widely circulated, and that the allegation of commission of the offence of section 124A (sedition) IPC or any reaction in Delhi on account of the speech was "unfounded, unlikely and more than remote".

The Delhi Police, represented by Special Public Prosecutor Amit Prasad, has opposed the bail plea, saying the narratives sought to be created by Khalid cannot be looked into as his defence at this stage and the trial court refused to release him by a well-reasoned order which suffers from no illegality.

Earlier, while granting time to the Delhi Police to respond to the bail plea, the high court had said that Khalid's speech was obnoxious, prima facie not acceptable, and that certain statements in the speech were "offensive per se".

Next Story : Allow Namaz at mosque in Qutab Minar complex: Delhi Waqf Board