According to reports, these apps were operating as clones of the previously banned apps. The list of apps banned in the fresh decision is yet to be announced 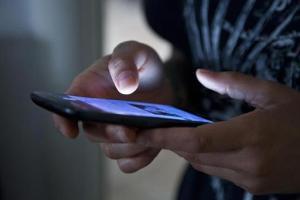 
The government banned 47 more Chinese apps in India. The move came a month after the government had banned 59 Chinese apps, including TikTok, in the end of June to “protect national interest and security”.

These 47 apps have been banned as they were operating as clones of the previously banned 59 apps. The list of apps banned in the fresh decision is yet to be announced.

Ministry of Electronics and Information Technology bans 47 apps which were variants and cloned copies of the 59 Chinese apps that were banned in June. These banned clones include Tiktok Lite, Helo Lite, SHAREit Lite, BIGO LIVE Lite and VFY Lite. pic.twitter.com/oWHmAmoWlr

The government had earlier banned apps, including CamScanner, SHAREit, and UC Browser, among others under the provisions of Section 69A of the Information Technology Act.

According to a report in Economic Times, 275 more Chinese apps are under the government radar for any violation of national security and user privacy. The list reportedly includes gaming app PUBG, Zili by phonemaker Xiaomi, AliExpress by ecommerce giant Alibaba, Resso and ULike by TikTok owner ByteDance.

Mid-day could not independently verify the reports.

Next Story : 27-year-old doctor dies of COVID-19 after month-long struggle