A special SIT court on Friday awarded life term to 11 convicts for burning alive 69 people. Read the full story about what actually happened, the timeline of the events and reactions of the people involved 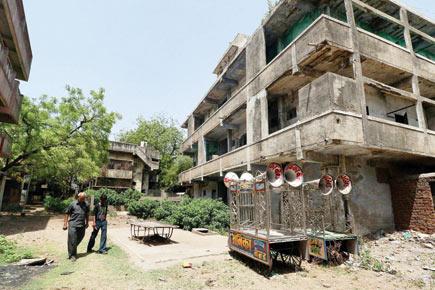 A special SIT court on Friday awarded life term to 11 convicts for burning alive 69 people, including former Congress MP Eshan Jafri, in one of the worst riots post-Godhra violence in 2002 - Gulbarg massacre.

One of the 'darkest day' in the history of civil city, the Gulbarg Society massacre, which took place on February 28, 2002 when Narendra Modi was the Gujarat Chief Minister, shook the nation when a mob of 400 people set about attacking the society in the heart of Ahmedabad and burnt alive its residents including Jafri. 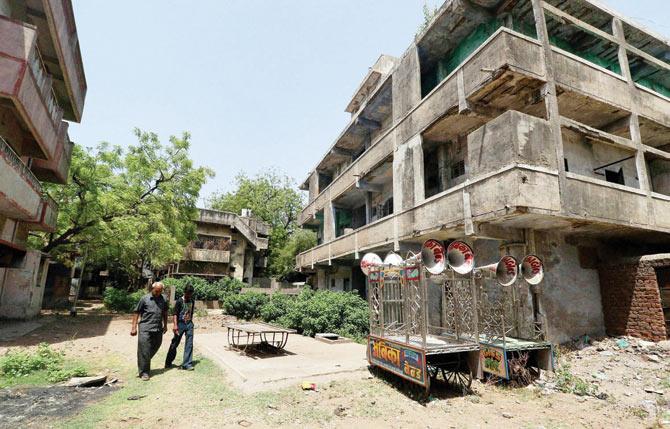 The incident
On 28 February 2002, a Hindu mob attacked the Gulbarg Society, a Muslim neighbourhood in Chamanpura, Ahmedabad burning most of the houses and at least 35 including former Congress Member of Parliament Ehsan Jafri. 31 others went missing after the incident, later presumed dead, bringing the total deaths to 69.

It was at around 9 am that a mob shouting slogans gathered outside the Gulbarg Society. This shook the residents who took refuge in the home of former Congress MP Ehsan Jafri, but Jafri couldn't protect himself or the other residents of the society and was hacked to death and later burnt. With Jafri, at least another 35 people were either hacked to death or burnt alive. Of the eighteen houses which were burnt, only one has been repaired. Although none of the families returned, some of them congregate each year on the anniversary of the event and offer prayers. 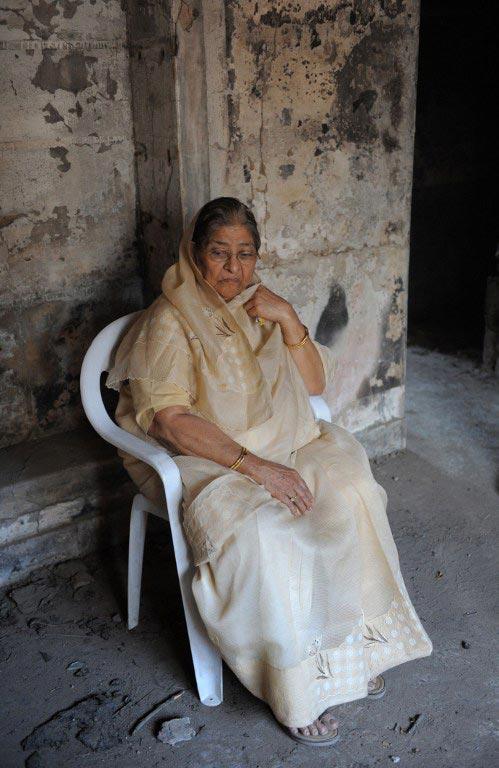 Timeline of the case
February 2002: During the Gujarat riots a Hindu mob attacked the Gulbarg Society in Ahmedabad.

November 2007: The Gujarat High Court dismissed a petition filed by Zakia Jafri, wife of Ehsan Jafri, seeking the court's directive to the police to register a complaint against the then Chief Minister Narendra Modi and 62 others for their alleged involvement in the Gulbarg Society massacre.

March 2008: The Supreme Court directed the Gujarat government to set up a Special Investigation Team (SIT) for a further probe into 14 Godhra and post -Godhra communal riot cases. The SIT was asked to investigate the incidents that occurred in Godhra, Sardarpura, Gulberg Society, Ode, Naroda Gaon, Naroda Patiya, Deepla Darwaza and the one in which three British nationals of Indian origin were killed.

August 2010: The Supreme Court permitted the Special Investigation Team to conduct further probe on the complaint by Zakia Jafri that Chief Minister Narendra Modi and 62 others orchestrated the 2002 riots in Gujarat.

March 2010: The trial was put on hold because of the resignation of the special prosecutor and his assistant. Both had alleged bias on the part of the trial judge and also accused the SIT of not properly coordinating their efforts with them.

March 2011: Gujarat Deputy Inspector-General of Police Sanjiv Bhatt, who is claimed to have spilled the beans on Modi's alleged controversial orders to the police on the eve of the 2002 communal riots, appeared before the Supreme Court-appointed Special Investigation Team.

February 2012: The SIT in a 'summary closure report' - says there was no 'prosecutable evidence' against Narendra Modi, who was among 62 persons named in an omnibus complaint filed by Zakia Jafri and the Citizens for Justice and Peace.

December 2013: Ahmedabad Metropolitan Court rejects the petition of Zakia Jafri against the closure report of the Special Investigation Team giving a clean chit to the Gujarat Chief Minister.

December 2013: Reacting to an Ahmedabad trial court verdict, R.K. Raghavan, head of the SIT appointed by the Supreme Court to go into Gujarat riots, says SIT's stand has been vindicated.

November 2014: The trial in the Gulberg Society case, resumed following the Supreme Court's directions to conclude it in three months.

November 2014: The Supreme Court asks the Sessions Court to complete the trial in the Gulberg case, one of the nine cases connected to the 2002 post-Godhra riots, in three months. 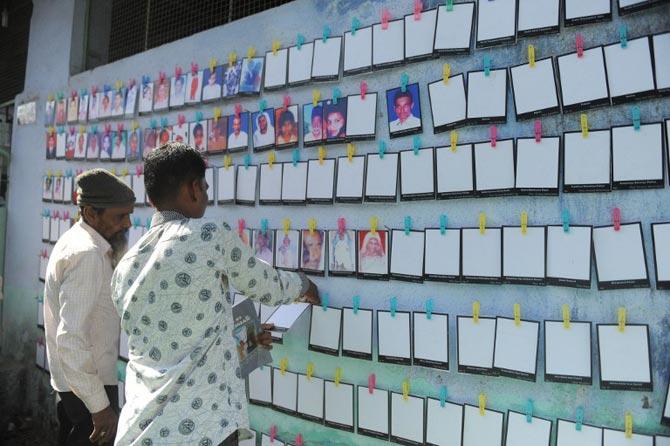 Tributes to the ones slain during the massacre. Pic/PTI

Who said what!
Zakia Jafri, the wife of slain Congress leader Ehsan Jafri
Zakia clearly expressed her 'dissatisfaction' with the verdict saying that she had seen the violent crime and felt that "life sentence should have been awarded to all the accused and not some of them."

Tanvi Jafri, son of slain Congress leader Ehsan Jafri
Tanvi Jafri said there was definitely 'some sense of closure' at the convictions but it would have to be seen why some of the accused were not convicted. "We will definitely contest in the High Court some of the acquittals," he said."We all know, the massacre was one of the harshest things that happened to the victims. The message should go to the nation that this country, the legal system, will not tolerate such things, he added.

Teesta Setalvad, activist
Teesta Setalvad expressed dissatisfaction with the verdict in the Gulberg case and announced to approach the High Court, after describing the sentence as 'too lenient and inadequate'. "I learned from the media that 11 out of 24 were given life imprisonment while 12 are given seven years and one sentenced to 10 years. We are very disappointed with the lesser sentence, as we had argued for exemplary life imprisonment for all the 24 accused," she said. "We had a strong case that these convicts were part of a willfully armed mob that was on attack from 9 am right up to 5 pm. There is no reason of such leniency in sentence. In that sense, it is disappointing. We will appeal this (in the High Court)," Setalvad said.

Congress
Gujarat Congress spokesperson Manish Doshi said, "Those who played into hands of some political leaders are now behind bars while those who incited them for their political gains have subsequently acquired power. Those who became a tool of such leaders, who always believed in polarisation, will have to spend their lives in jail. "The entire incident of Gulberg was barbaric and anti-human. Instead of protecting people, the BJP government at that time gave a free hand to (the) violent mob. The government failed to do its constitutional duty. People were incited by some big leaders of BJP, who saw the violence as a tool to acquire power," he alleged.

BJP
Gujarat BJP spokesperson Bharat Pandya accused Congress party and social activist Teesta Setalvad of trying to use the conspiracy theory for political and personal gains. "We welcome today's judgement by the court. Earlier, the court had refused to accept that there was conspiracy behind the crime. Congress as well as people like Teesta tried hard to prove that it was conspiracy, so that it can be used against BJP. But, court had ruled against their wishes," said Pandya. "We welcome today's verdict. The court's verdict wasgiven without any influence. It is natural that people from both the sides, accused as well as victims, may not like it. They all can approach high court. I also urge Congress to stop politicising this issue," he further said.

Next Story : Lindsay Pereira: Rain on every Mumbaikar's parade