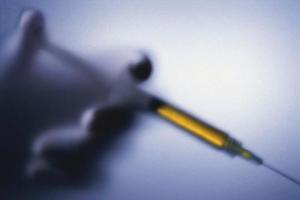 This image has been used for representational purposes


Drug firm Zydus Cadila on Wednesday announced that its plasmid DNA vaccine to prevent COVID-19 -- ZyCoV-D -- was found to be safe and well-tolerated in phase I clinical trial. The company will now commence phase II clinical trials from August 6.

The company stated that the doses of the vaccine administered to healthy volunteers in phase I clinical trial, which began on July 15, were well tolerated.

"We now begin the phase II clinical trials and look forward to evaluating the safety and immunogenicity of the vaccine in a larger population," said Pankaj R. Patel, Chairman of Zydus Cadila.

He also said that all the subjects in phase I clinical trial were closely monitored in a clinical pharmacological unit for 24 hours post-dosing for safety and for seven days thereafter and the vaccine was found to be very safe.

The statement came a day after Director General of Indian Council of Medical Research Balram Bhargava said that the DNA vaccine by Zydus Cadila has completed phase I trials and embarked on phase II at 11 sites.

Previously, the vaccine was found to be safe, immunogenic and well tolerated in the pre-clinical toxicity studies. The vaccine was able to elicit a high level of neutralisation of antibodies in animal studies.

The phase II trial will be evaluating the humoral and cellular immune response for the vaccine candidate in line with the current global clinical trial protocols in general.

With ZyCoV-D, the company has successfully established the DNA vaccine platform in the country using non-replicating and non-integrating plasmid carrying the gene of interest making it very safe.

The plasmid DNA when introduced into the host cells would be translated into the viral protein and will elicit a strong immune response mediated by the cellular and humoral arms of the human immune system, which play a vital role in protection from disease as well as viral clearance.

Besides this, ICMR chief Balram Bhargava had also said that the inactivated virus vaccine by Bharat Biotech has completed its phase I study at 11 sites and has started its phase II study.

"There is no specific drug or vaccine available yet. The need for the vaccine is great and urgent but there is a dilemma - the pandemic is progressing rapidly and developing the vaccine may take time," he had said.

Next Story : 'Emotional moment for entire country, every heart is illuminated'