Amazed by the quality of content available on his channel, Fnatic India has decided to take GodNixon overboard as their content creator 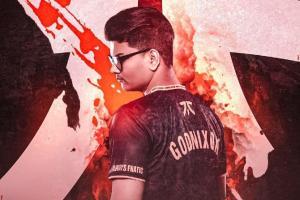 YouTubers in the PUBG Mobile scene in India. Godnixon mostaly famous for his tips & tricks videos where he shows various unique ways in which you can make the best possible use of the area/buildings be it bridges, squad houses, triple storey builds, warehouses and so on. With over 845K subscribers on YouTube and around 60+ million views on his YouTube channel, he is one of the mainstream content creators out there for PUBG Mobile.

GodNixon is one of the figureheads of the Indian PUBG Mobile community and was chosen as the country representative for India during PMCO in 2019. In the announcement video, he revealed that at the moment he is stuck in a hotel in Bangalore as the entire country is under lock down and he can’t get back home. As a result, he hasn’t been able to release content as regularly as he would like to. However, he did mention that we can expect a variety of content from both him and Fnatic in the near future.