HCL net profit up at Rs 2,935 cr, Shiv Nadar steps down as Chairman 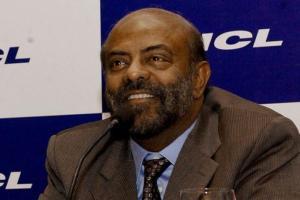 
IT major HCL Technologies on Friday posted a consolidated net profit of Rs 2,935 crore for the April to June quarter and said that Shiv Nadar is stepping down from the Chairman's role. His daughter Roshni Nadar Malhotra will succeed him with immediate effect.

HCL Technologies has announced a dividend of Rs 2 per share. At the end of June, it had 1.5 lakh employees with gross addition of 7,005 people. The company said its board of directors has appointed Roshni Nadar Malhotra, Non-Executive Director as Chairperson of the board and company with effect from Friday in place of her father Shiv Nadar.

"Shiv Nadar, who expressed his desire to step down from the position of Chairman, will continue to be the Managing Director of the company with designation as the Chief Strategy Officer," it said in a statement.