I recently returned from a wonderful girlie college reunion in Goa. We could pick up the threads from wherever we had left off; the intervening decades since our St Xavier’s College days dissolved like mist in May 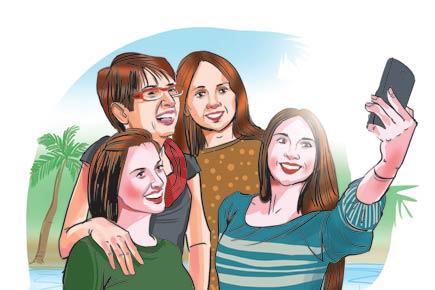 I recently returned from a wonderful girlie college reunion in Goa. We could pick up the threads from wherever we had left off; the intervening decades since our St Xavier’s College days dissolved like mist in May. 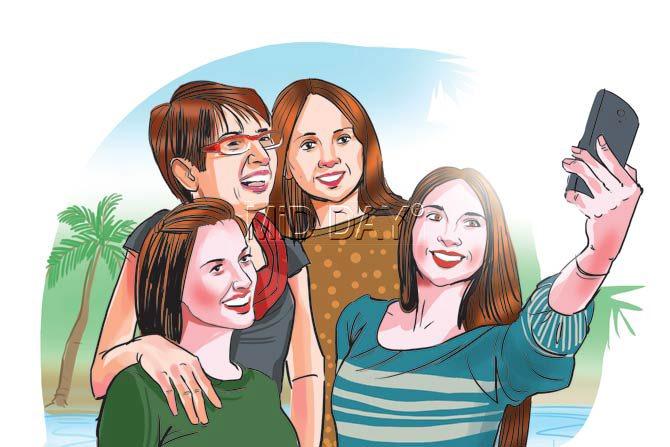 Women in a space without men are very different creatures from what you know them to be. Let’s call my friends Pal, Gal, Kal and Sal. The conversation quickly turned to men, relationships, underwear — you know, things that really matter, that could never be discussed unguardedly in the presence of men. Pal took off on the uselessness of bras and how they must have been invented by a man. She said without bras, breasts would be more elastic, responding naturally to body movement, whereas bras make them static and lazy. Gal said it was such a relief to wear simple, comfortable, high-waist, cotton panties; she never liked those wretchedly uncomfortable, lacy, red bras and panties or itchy thongs. She took all her ‘useless’ underwear, ‘holey’, sagging stuff, on travels, during which she discarded them. Must confess, I had never before thought of holidays as an underwear retirement plan. Kal said ‘eeks’, she did just the opposite, and kept a separate set of smart, new underwear for her travel trips, in preparedness, as she never knew when she might land a man, or would need to wash and dry undies in a hotel or a friend’s house, and didn’t want to be embarrassed.

Pal had been buffeted by trawling shaadi.com. Guy 1 was a nice enough shippie, but he suddenly called one day to say he was in the Gulf of Aden amid Somali pirates, and wanted to send her his gold Rolex watch and a diamond engagement ring. Turned out all his leads were fake: his phone number, address, company — he was a conman preying on vulnerable women, possibly for smuggling. Guy 2, from another city, kept staying over on visits; soon enough, Pal discovered he had got married without informing her. Guy 3 really wanted a free wife-maid for his mum, who has Alzheimer’s. Men! Sigh!

Sal was on the cusp of transitioning from mother to potential mother-in-law. When her son brought a girlfriend home, she was open to the relationship, but was firm that as long as they lived unmarried in her house, it would be in separate bedrooms. Sal said, “Then, he lovingly took my hand in his, looked straight into my eyes, and said, ‘What if I were to tell you it’s my life?’” I felt the sting of tears in my eyes — he was going to live his own life anyway, but wanted his mum to feel a part of it. Most Indian mothers make their sons lifelong mamma’s boys. So, I greatly admire Sal’s ability to give her son space to grow — her young, unmarried son has moved out to a rented house nearby to live independently; he slips in now and then for lunch or dinner, to help and check on his parents.

So, in fact, we had been enjoying what Sal’s daughter called a “sleepover”. We gossiped and giggled into the wee hours, had endless breakfasts that segued into lunch, swam in a pool amid white champa blossoms, dawdled on the beach at twilight, licked orange ice-cream, and sang songs from our college days — the Beatles, Carpenters and Tom Lehrer. At hip St Xavier’s College, Pal had given this girl from Santacruz respectability by taping me endless audio cassettes with Western pop and classical music, and bringing me up to speed. For everything my friends gave me then — and still do — gratitude. Here’s to you, Girlies!