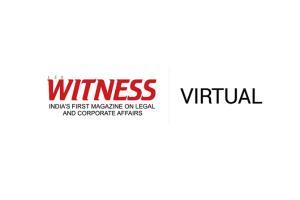 The Netflix presentation ‘Bad Boy Billionaires’ is being watched by millions, with the people looking into the world of fallen business heroes. The web series began streaming after clearing legal hurdles, deliberately aimed to block the much awaited broadcast.

While the documentary series is running successfully on Netflix, ‘Bad Boy Billionaires’ had to wage legal battles in places like Araria in Bihar. Netflix with the help of the diligence of lawyers succeeded in obtaining a favorable order from the District Court of Araria. The court vacated the injunction order against the Docuseries, paving the way for the streaming of the webseries.

That Netflix is working on the project was well known to all, as thorough research had been undertaken by the producers. Yet several cases in the last week of August surfaced in courts, seeking permanent injunction on the release. The Delhi High Court, however, refused to stay the streaming of the webseries despite a writ petition filed by Mehul Choksi whose petition was dismissed. Similar petitions were filed in the District Court in Araria, Bihar.

The City Civil Court, Hyderabad, issued ex-parte orders injuncting the respective episodes pursuant to defamation suits filed by Sahara India and Ramalinga Raju respectively. Our sources indicate that in the interest of an expeditious vacation and in view of the ex-parte order, Netflix moved the Supreme Court in an SLP (special leave petition) directly.

The Supreme Court directed Netflix to approach the appropriate Court with a direction for expeditious disposal. Netflix then approached the Patna High Court, which while making reference to the Supreme Court order, directed the District Court in Araria to decide the injunction application within the next two weeks. The District Court immediately took up the matter and conducted day-to-day hearings for the disposal of the injunction application in the last two weeks of September 2020. The District Court, vide a detailed order dated October 3, 2020, vacated the earlier injunction order, thereby allowing Netflix to release the episode of Subrata Roy.

The episodes on Ramalingam Raju of the Satyam scam fame, however, cannot be streamed, for the injunction is yet to be vacated by the court in Hyderabad, which is being pursued by the lawyers of Netflix.

“It is quite dollish to see how Sahara approached the Araria Court in the eleventh hour despite being aware of the making of the series for more than a year. It is even more surprising to know that, while the allegation in the suit is for Subrata Roy’s defamation, the ex-parte injunction was filed by Sahara India, without Subrata Roy even being a party to the suit. The Trial Court has appreciated Netflix’s case and has vacated the ex-parte injunction, or it would have set a precedent for others to obtain such last-minute injunction from courts in remote areas. Such orders inevitably give impetus to creative liberty and expression, essential for content creators to serve consumers with seamless entertainment.” said PBA Srinivasan, Editor in Chief, Lex Witness.

For over 10 years, since its inception in 2009 as a monthly, Lex Witness has become India’s most credible platform for the legal luminaries to opine, comment and share their views. Lex Witness has an exciting blend of opinion pieces, commentary, reportage, analysis, interviews, deals and current updates. Lex Witness reaches out to a vast set of audiences who are closely linked to the corporate legal business in the country and abroad.