Ravi Agrawal has always believed that the world contains of young people who have the power of bringing a change in this world with their contributions. 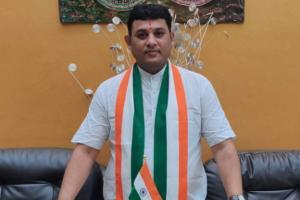 
Ravi Agrawal is one of the most prominent politicians from the City of Gates, Aurangabad. He is one who believes that skills can make any person successful in today's era. Originally based out of Jalna, he is an entrepreneur who took over his family business which was previously lead by his father Govardhan Agrawal. Ravi has always believed that the world contains of young people who have the power of bringing a change in this world with their contributions. Ravi contributes with his leadership skills and his dedication towards the betterment of other people.

With time, Ravi ascended towards the role of an MLA as his father was the former corporator of the vicinity, things changed drastically. Ravi followed the footsteps of his father to do his best to contribute to society. He has also been awarded the Indira Gandhi Priyadarshini award for his work.

Eventually, Ravi's brother and father ran a grocery story and also managed Ram Ritesh Rolling Mill which was their second business. However, in the year 1995 the steel company faced a major crisis due to which they had to sell their business.

By the age of 22, Ravi opened a different business of coal and iron. After putting in his hard work for almost 14 years Ravi Agrawal brought Ram Ritesh Rolling Mill back to his name making his father proud of him. Today, he is successfully running multiple business in Jalna which supply to various parts of south India including Kerala and Hyderabad amongst others.

Growing up in a political environment, in a previous interview, Ravi said, "I have seen a lot of struggle and have built an empire from scratch. My motive is to educate and empower poor and needy people in my locality and help them start their own businesses."

With a strong political and monetary power, Agrawal wants to bring the change in society by contributing the best he can from his side to uplift the community and unite everyone together.

Next Story : UP: 2 doctors removed over opinions on Hathras case