Serving the audience with the right mix of memes 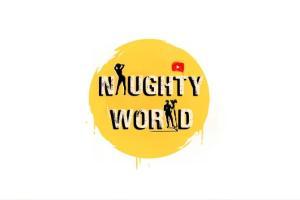 The rise of technology & moreover the rise of social media platforms have seen an explosion of many creative things in the online world. As soon as people understood the importance of it & the exponential level at which it has the power to reach audiences across the globe, many content creators came on board to serve people entertainment in their own style & create their own brand. Especially youngsters understood these phenomenal online platforms & its unending opportunities it could present them with, so much so that it can today make their careers with smartly leveraging these social media sites.

We know of one such creator's page called "Naughty World" that at the right time dived deep into the ocean of social media & with their relatable posts have won hearts of millions of followers across the world that today wait for their posts to get their daily dose of entertainment. Today, Naughty World not only has an Instagram page on its name but also a YouTube Channel with a growing number of followers.

The account "Naughty World" on Instagram was created on January, 22 in 2016 & in a span of four years today has managed to garner a fan following of more than 8.5 million & still counting. The founder of this amazing content page on Instagram & YouTube is Ankur Raghav. This young guy is the name behind the success of what is now a brand in itself called "Naughty World". Raghav says that his page started gaining popularity only in its second year of launching in 2017.

The page is known for posting everything that is in trend & makes the post so relatable that people not only enjoy seeing it but end up loving it. They are known for posting new & unique content every day & do not post old or dead memes. For anything that has to do with entertainment or giving the audience their dose of laughter in the form of trolls, memes, sarcastic posts, videos, etc. Naughty World aces the game.

Raghav is also known for providing a platform for up & coming artists so that they get a boost in making their career in the entertainment world & Bollywood. On YouTube, the Naughty World family is already 4.15 lakh subscribers strong. His channel produces videos that give youngsters a chance to showcase their talents & increase their confidence. Raghav also owns another page on Instagram called "@_epic69" which is known for posting the best epic posts in the world including epic trolls, epic videos & epic memes.

Today, the account Naughty World has reached greater heights with even celebrities following it including Kartik Aaryan, Arjun Kapoor; television celebs like Rashami Desai, Mahhi Vij, Jay Bhanushali, and also cricketer like Prithvi Shaw, amongst many others.

Next Story : Famous astrologer Bejan Daruwala passes away in Ahmedabad