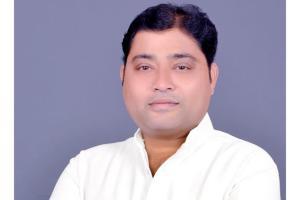 
Shashwat Joshi joined the Samajwadi Party in the year 2002 and became the initial member, after that, active membership in the party in 2008. Since 2008, the Samajwadi Party has been a part of many movements against the BSP government of the opposition such as"Thu-Thu Divas", "Ghera Dalo- Dera Dalo" and Participated in the Kranti Rath Yatra along with Mr. Akhilesh Yadav and also participated in the Agra Cycle Rally from Noida, etc.

After the BJP government came to power in 2017, he fought his wife on the Municipality Election Party ticket in Bahraich district of Uttar Pradesh, because the seat was a woman due to the new delimitation but the election did not yield good results and the election was lost. In the Lok Sabha elections of 2019, the "Veer Samman Yatra" organized by the Samajwadi Party, which was led by Vikas Yadav, National President of Yuvajan Sabha, took care of the movement of this entire yatra.

My thinking has been towards the society since childhood because my family and I myself are associated with the educational institution and am currently running 11 schools through my trust, so I always feel that any caste within human being There should not be discrimination on whoever talks about all the society. He is the real socialist, then he belongs to any religion or caste. I myself belong to a Brahmin family but I have no problem sitting with people of any caste or religion. Impressed by this ideology, I joined it and was impressed to hear the speeches of respected party leader, Mulayam Singh Yadav, the guardian of the party. After that I had the good fortune to join a party whose leadership is expected of a young man of such versatility Mr. Akhilesh Yadavji, under whose leadership he had a lot to learn, praised the work done in Uttar Pradesh under his Chief Minister even today, even today, the goal will continue to work with full devotion and sincerity for the Samajwadi Party. Party full Majority came and Mr. Akhilesh Yadav again became the Chief Minister of Uttar Pradesh.