She's got a ticket to ride

The AAP travel proposition might be rife with logistical issues u00c3u00a2u00c2u0080u00c2u0094 which should be critiqued, for which solutions should be sought 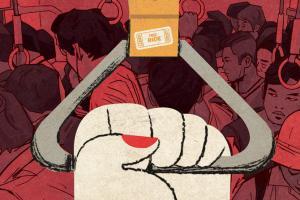 Last week I ended up reading a business paper (these things happen) and learned a new phrase: free rider problem, yaniki those who don't pay, or underpay for public services they benefit from. It was used in connection with why free bus and Metro rides for women in Delhi was a bekaar idea and free stuff is generally bad also. I read another business paper (bad habits come fast) which felt the government should give a lot of subsidies to industry because otherwise China will eat us up like chowmein. I was so confused that when someone I'd met at a sisterhood-is-profitable networking event (fine! I admit it! I've gone over to the dark side!) asked if I'd like to go to a Ladies' Night, (yaniki ladies ki entry free), I said, call you right back and never did (when in Rome).

The AAP travel proposition might be rife with logistical issues — which should be critiqued, for which solutions should be sought. But the in-principle opposition, especially from women who can afford to pay, is not that kind of useful activity.

All this hullabaloo about Delhi Metro overshadowed a public transport development in our fair city, Bombay. The Ladies Compartment logo, a serene, sari-clad lady who looked like she'd escaped from a calendar was brought up-to-date. Now she is a thin lady person in a suit.

That is the image in everyone's head when they think working woman — a middle-class or so, person in an office. She may be aspirational, but she is not universal — there are so many types of working women of diverse backgrounds. To not recognise that a) this move would benefit the working poor, b) the working poor contribute to the economy too, hello, and, c) they are often severely underpaid, sometimes by said working women, puts another spin on the idea of free rider. So many people in our society experience comfort and clean homes and offices, on the basis of an informal subsidy, yaniki, dizzying wage gaps, some of it rooted in caste. What's the term for that? It's a little reminiscent of Priyanka Chopra's Conde Nast Traveler cover — 'traveler, not refugee' aka, don't confuse me with the LS types.

If you pay for a public service that's free because you can, that's honest and admirable; if you can't see it from the point of view of someone who can't afford it, that is unkind. When you can see it from the point-of-view of another woman, that's the simple meaning of intersectional feminist solidarity and it is a different and equally important honesty.

But I have some sympathy for women who are quick with the disclaimers. That's what a non-stop sexist environment does to women — makes them anxious about how they are seen. An environment where all parameters of excellence, success and attractiveness are defined in sexist terms, make you want to be in the boys' club, else you are invisible. If you talk about inequality, sexism, nepotism and demand more, you will be branded a troublemaker and the system will squeeze you out, like a tight dress squeezes out free breath. That's why your mama said, beti, there is a land called patriarchy. You will have to go there, but don't drink the water, and as soon as you can, take a Metro right out of there — it's free.

Next Story : Mind your language!