He is a great asset and inspiration for our Indian community 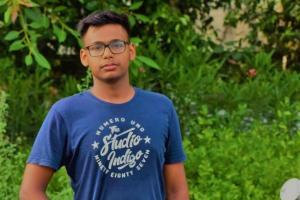 Everybody dreams of something great to become but not everybody gets the opportunity to be what they always wanted to become. Shrey Yadav is one of those people who didn't wait for the opportunity to come instead he created his own. He is now India's youngest digital marketing expert and social media influencer,

He has worked with many multinational companies, actors, social workers, youtubers and influencers.He has helped many companies uplift their bran value by helping them in their pr and digital works. He says that many negative people came in his way while achieving this success but he didn't got carried away instead he used their words as motivation and now he is on the verge of revolution and he has now achieved a lot in just a small age. He is just 15 years old and is currently the best in his work field and the most trusted one also. Shrey have ever stopped working since he started he said that the starting phase of his work was very difficult but still he didn't stopped and now his company has generated a revenue of more than 1 million revenue in just a short time span of 3 months by his skill and his co-workers he says we all work like a family thus we have achieved a lot in this time span. He says he has a target of generating a revenue of more than 10 million in a single year. We hope so he will be able to achieve all the success he dreamt of and now that he has achieved a lot in a young age he has been an inspiration for many people who want to work hard and make their name in this field. He has also helped many people to setup their own startup business by helping them in their work and providing them funds and guidance for their starting phase. He says he is also inspired by many people and always wanted to be like them.

He said he had never dreamt of such things but now he worked hard day and night to meet both the ends. He is a student also in class 11th who is currently coping up with his studies and working simultaneously and he is achieving all that in just a shot span of time.

He is a great asset and inspiration for our Indian community as he also represents our county on such an high level and is making a global impact on the whole world.

If you want to get in touch with him you may by following his instagram account @theshreyyadav !

We wish him luck for all his future works and projects and he may achieve all that he dreamt!