Striking a fierce remark at Aam Aadmi Party (AAP) for their 'Kattar Immandar' theory, Nadda said that the party claims to be honest but today Satyendar Jain is in jail for corruption 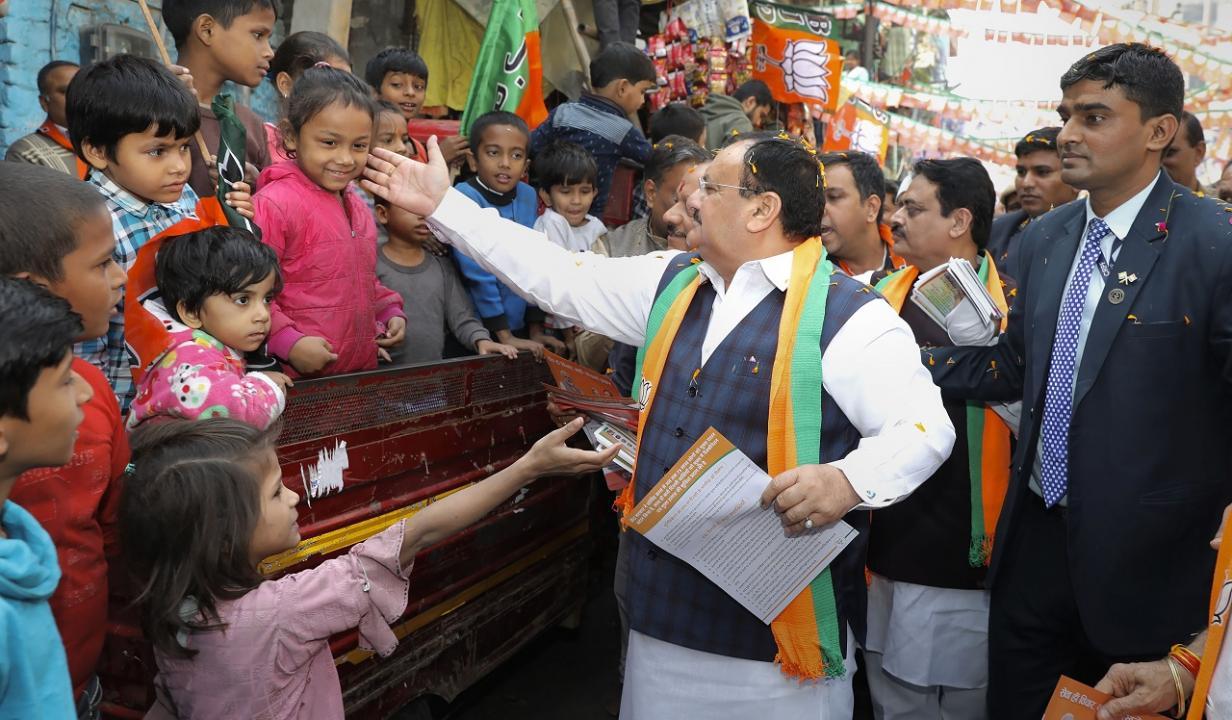 
Ahead of the Municipal Cooperation Of Delhi (MCD) election on December 4, Bharatiya Janata Party (BJP) national President JP Nadda exuded confidence and said that people are eager to vote for BJP as they are fed up with Aam Aadmi Party's (AAP) work.

"The people of Delhi are eager to vote for the BJP in the upcoming MCD elections to resolve various civic issues. The public is fed up with AAP's works and is appreciating BJP, " said BJP President JP Nadda while speaking at Wazirpur Industrial area.

Striking a fierce remark at Aam Aadmi Party (AAP) for their 'Kattar Immandar' theory, Nadda said that the party claims to be honest but today Satyendar Jain is in jail for corruption.

"AAP used to say that its leaders were honest but today Satyendra Jain is in jail for corruption. They've opened a massage centre in Tihar Jail, and made a rapist into a therapist," said BJP Nadda.

The purported footage that emerged according to the sources on Sunday morning was dated September 13, 15 and October 1 in which the visuals show men sweeping the floor of the jail cell and also arranging the minister's bed. In the visuals dated September 12, Jain was seen interacting with other people inside his jail cell.

This is ostensibly the fourth CCTV footage that has emerged relating to the jailed Delhi minister.The first purported visuals, which appeared on November 19, showed Jain getting a full body massage. The second purported footage surfaced on November 23, a day after Jain's counsel claimed inside the trial court that the minister had lost 28 kgs of weight during his custody. In the footage, Jain was seen having an elaborate and extensive meal. Interestingly, sources had said that the minister had gained 8 kgs of weight instead.

In the third purported footage that came out on November 26, the minister was seen having a conversation with some people, including currently suspended Jail superintendent Ajit Kumar.

Earlier in the day, Uttarakhand Chief Minister Pushkar Singh Dhami launched a scathing attack on the Aam Aadmi Party (AAP) and said that Delhi will vote for the Bharatiya Janata Party (BJP) in the upcoming municipal polls in the national capital.

In a conversation with ANI, CM Dhami exuded confidence in the victory of the BJP in the upcoming elections of the Municipal Corporation of Delhi in the national capital and said that the party will win with a majority of votes as people have seen the work of Prime Minister Narendra Modi and the BJP.

"People have seen the work of Narendra Modi and the BJP. Delhi is also observing how the party which promised to uproot corruption has been establishing it. The videos of their ministers are out regularly," CM Dhami said.