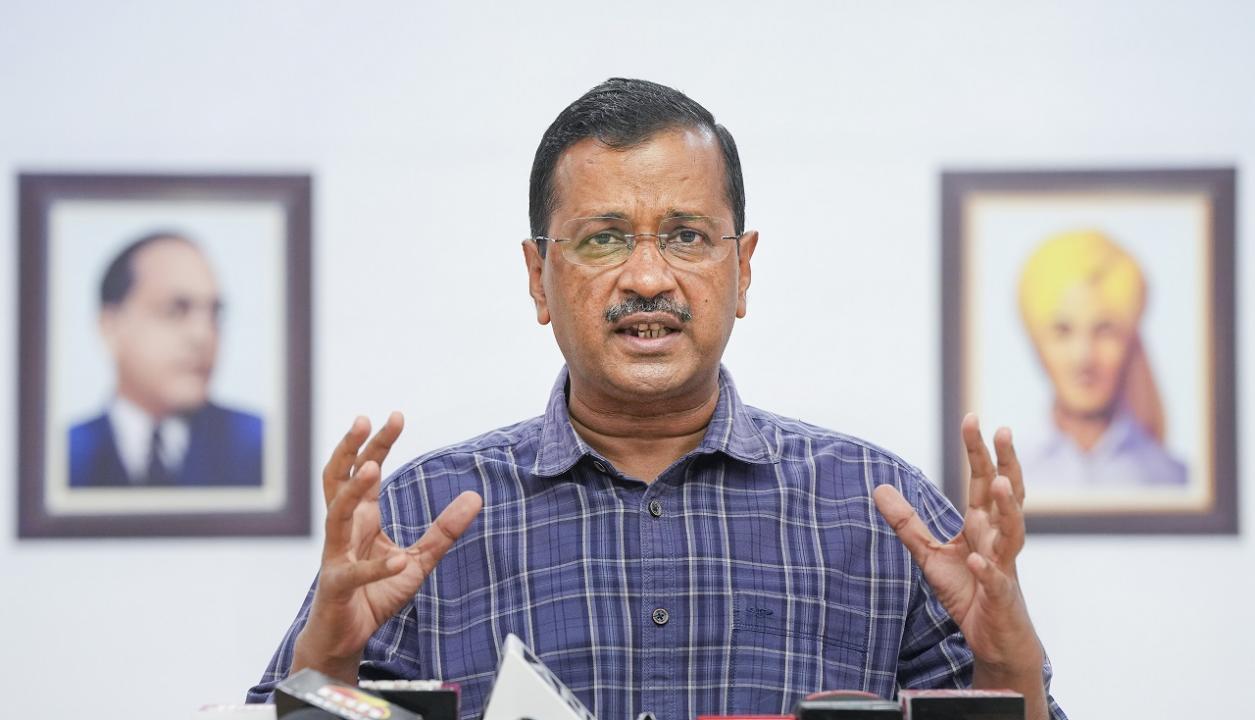 
Delhi Chief Minister Arvind Kejriwal on Sunday made a written assertion that the Aam Aadmi Party (AAP) will form government in Gujarat after the upcoming Assembly polls.

He also urged government employees in Gujarat to back the AAP while promising implementation of the old pension scheme for them by January 31 next year.

Addressing a press conference in Surat, AAP national convener and Delhi Chief Minister Kejriwal said his predictions for the Delhi and Punjab Assembly elections came true, and the same will happen in Gujarat as well.

He claimed people are so scared of the ruling Bharatiya Janata Party (BJP) that they shy away from openly admitting support for the AAP in the Gujarat Assembly elections, scheduled in two phases on December 1 and 5.

"I am going to make a prediction in writing in front of you all...Note down the prediction that the AAP is going to form government in Gujarat. After 27 years of misgovernance, the citizens of Gujarat will get relief from these people (BJP)," Kejriwal said.

Also Read: Bhupendra Patel is 'puppet CM', can not even change his peon: Arvind Kejriwal

He then wrote his prediction on a piece of paper and showed it to media persons.

The AAP national convener asked government employees seeking the old pension scheme among other demands to help his party form government in the state.

The Gujarat government had introduced a new contributory pension scheme (NPS) for employees joining the service on or after April 1, 2005.

After protests by employees, the state government had said the new pension will not be applicable to those employees who had joined duty before April 2005. It also promised to increase its contribution in the fund to 14 per cent from the 10 per cent earlier.

The employees have staged massive agitations against the government in Gujarat while demanding restoration of the OPS because they believe the NPS is not in the interest of retiring employees.

Kejriwal said, "By January 31, we will issue a notification for implementing the old pension scheme in Gujarat. I am not just talking. In Punjab, we have issued the notification."

"I assure them that we will resolve their issues. I request them all with folded hands that for a party to win an election, the support of government employees is important. I would appeal to them to give every single vote to the AAP in postal ballot and canvass for the party during the next three-four days," he said.

The BJP was agitated because it was staring at defeat, and the Congress was nowhere in the picture, he claimed.

"It is the first time in 27 years that the BJP is so agitated. You go out on a street and ask people whom they would vote for. They would either say the AAP or the BJP. Those who say they would vote for the BJP reveal after five minutes that they and their entire mohalla were going to vote for broom (AAP's poll symbol)," Kejriwal said.

The AAP leader said looking at people's reaction, it appeared everyone was deserting the BJP to vote for the AAP.

"We have contested elections in many states, but Gujarat is the first state where people are scared of declaring whom they would vote for. The common man is scared. Second, the Congress voters are nowhere to be found, and third, the BJP supporters are going to vote for the AAP in large numbers," he further claimed.