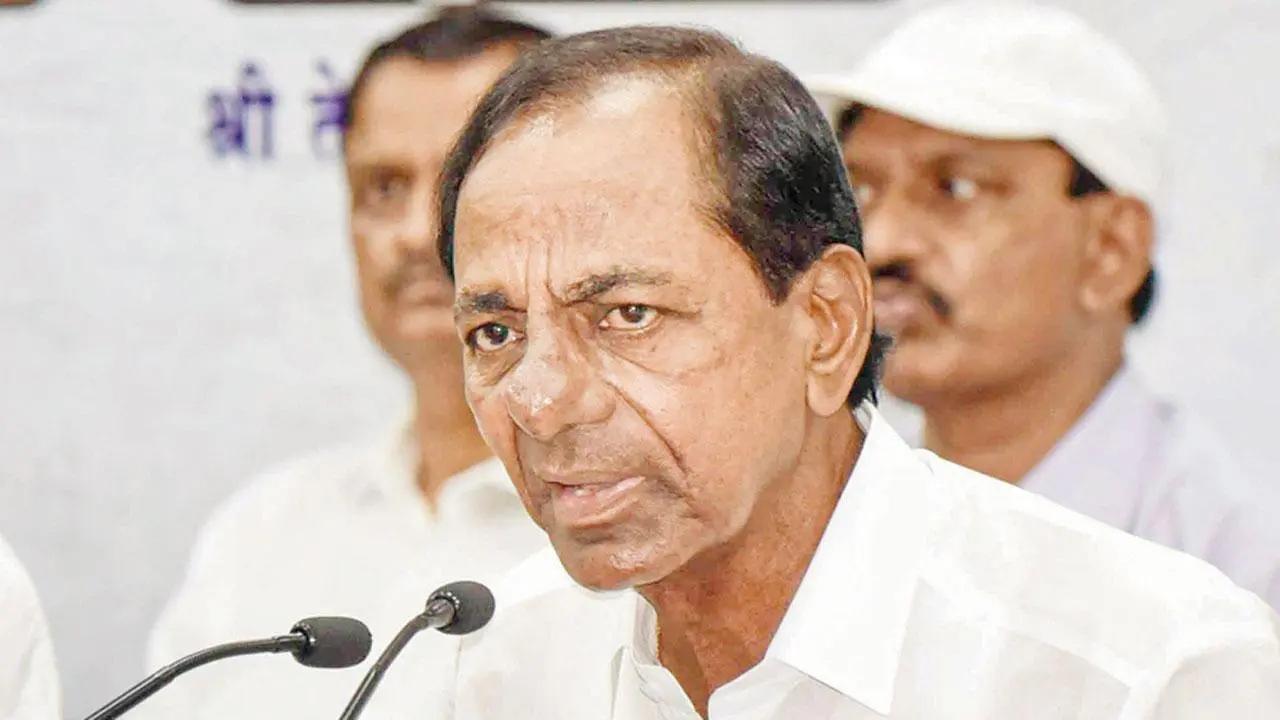 KCR as the chief minister is popularly known signed the official letter in response to the communication received from the Election Commission of India the previous day.

As announced earlier, KCR signed the letter at the scheduled time of 1.20 pm in Telangana Bhavan, the party state headquarters.

Earlier, on arrival at the party State headquarters, the BRS supremo garlanded the statue of Telangana Thalli and participated in a pooja that was organised for the occasion.

The Telangana chief minister hoisted the new party's flag emblazoned with the map of India and "Bharat Rashtra Samithi" in Telugu and English.

Party workers gathered outside the venue, celebrated the occasion with drum beats, dance, bursting of fire crackers, and distribution of sweets.

On Thursday, KCR had received a communication from the Election Commission of India, that the request of TRS to change its name to BRS has been accepted.

The official launch of the BRS on Friday, comes a little over two months after KCR had officially announced the plans to launch a national political party to take on the ruling BJP in 2024 polls.