The flight landed at Terminal number 3 of the Indira Gandhi International Airport. As of now the students are inside and a few formalities are being done 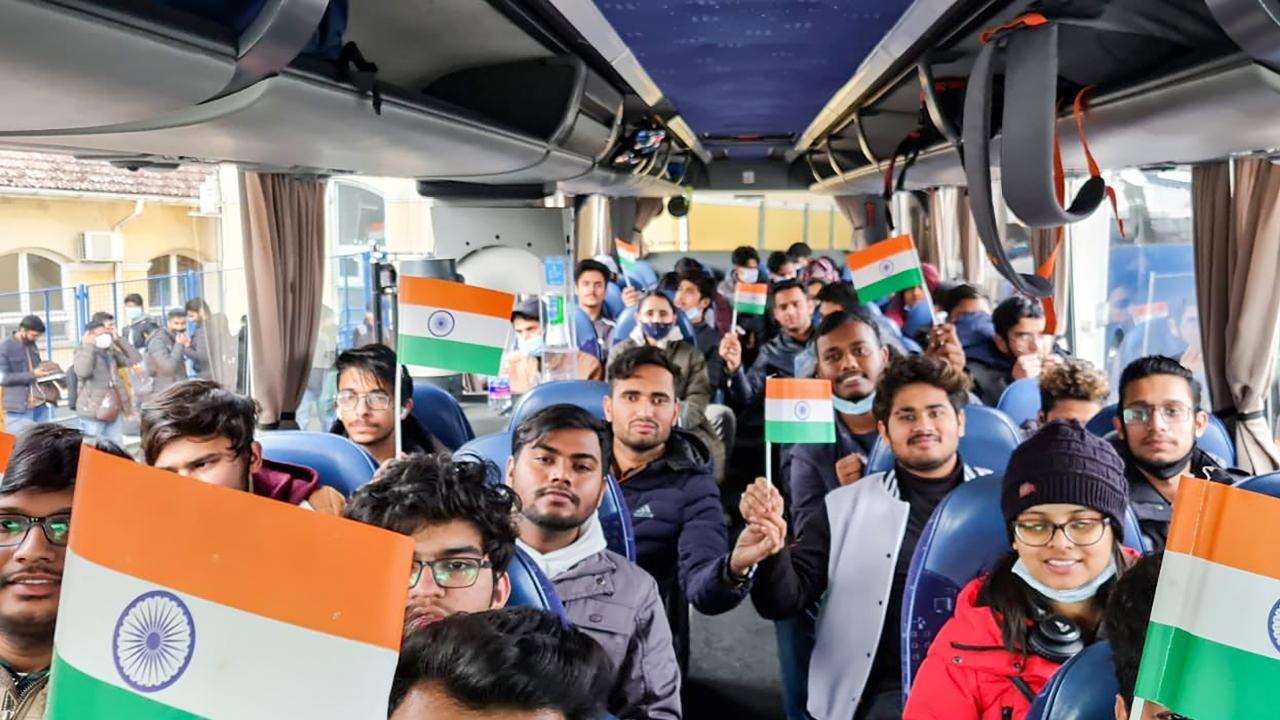 More batches of Indian students enter Hungary from Ukrainian side at Zahony crossing, travelling onward to Budapest for return to India by AI flight. Pic/PTI


Another special Air India flight, which flew from Hungary with 240 students, who were stranded in Ukraine, has reached the Indira Gandhi International Airport here.

The flight landed at Terminal number 3 of the Indira Gandhi International Airport. As of now the students are inside and a few formalities are being done.

Help Desks have been made available by the state governments to felicitate the students reaching their homes from the airport.

A few family members of some students also reached the airport to receive them.

"Buses were provided, planes were provided and we haven't been charged a single penny. My daughter was in the western part of Ukraine where war hadn't started at that time. Now she has reached here. I am feeling happy, our kids are safe," said Kumar, father of a student.