Even as politicians bicker over a minister’s now-withdrawn offer of humane housing to Rohingyas, hundreds continue to live in deplorable conditions 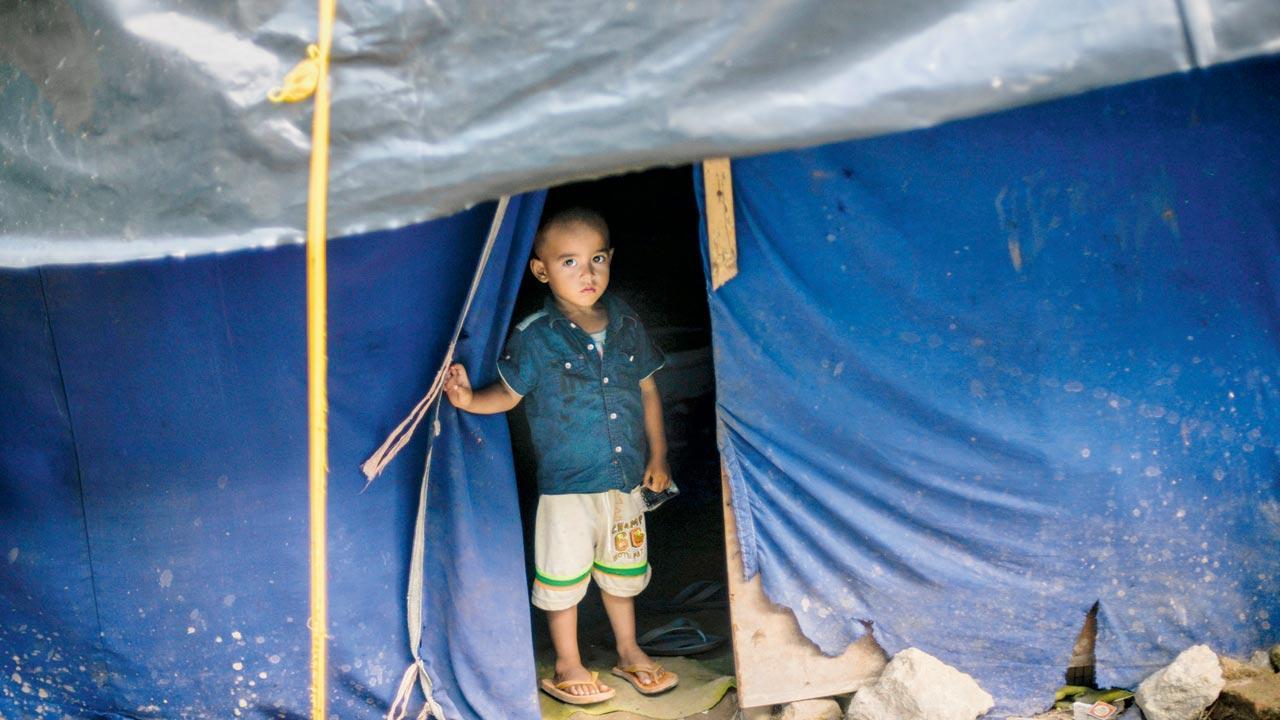 A boy in his family’s makeshift tent at a Rohingya refugee settlement in Delhi, on Wednesday. Pic/PTI


Congress leader Shashi Tharoor on Thursday slammed the Centre on the row over accommodation of Rohingyas here, saying this “confusion” in the government is a disgrace to a nation that has served on the executive committee of the United Nations High Commissioner for Refugees.

Hours after Union Housing Minister Hardeep Singh Puri on Wednesday said that Rohingya refugees in Delhi will be shifted to flats for economically weaker section, the Union Ministry of Home Affairs (MHA) denied any such move and directed the Delhi government to ensure that “illegal foreigners” remain in detention centres pending their extradition. Later, Puri tweeted, “Home Ministry’s press release with respect to the issue of Rohingya illegal foreigners gives out the correct position.”

On Thursday, Delhi BJP president Adesh Gupta trained guns at the Arvind Kejriwal’s AAP government, alleging, “There were numerous communications from the Delhi government’s home department and its district magistrate (south east) to FRRO, NDMC, and the DCP concerned for providing EWS flats to Rohingyas.”

The MHA release had also claimed that the Delhi government “proposed to shift Rohingya Muslims to a new location”. Delhi Deputy Chief Minister Manish Sisodia had rejected the claim, and alleged the BJP-led Centre was “secretly” trying to give “permanent residence” to Rohingya refugees in Delhi.

On Thursday, he asked, “We did not take any decision to shift Rohingya Muslims to flats. The Centre also says it didn’t. Then who did it?” He demanded strict action against those behind the decision.

Next Story : ‘Modi-ji, are you not ashamed?’