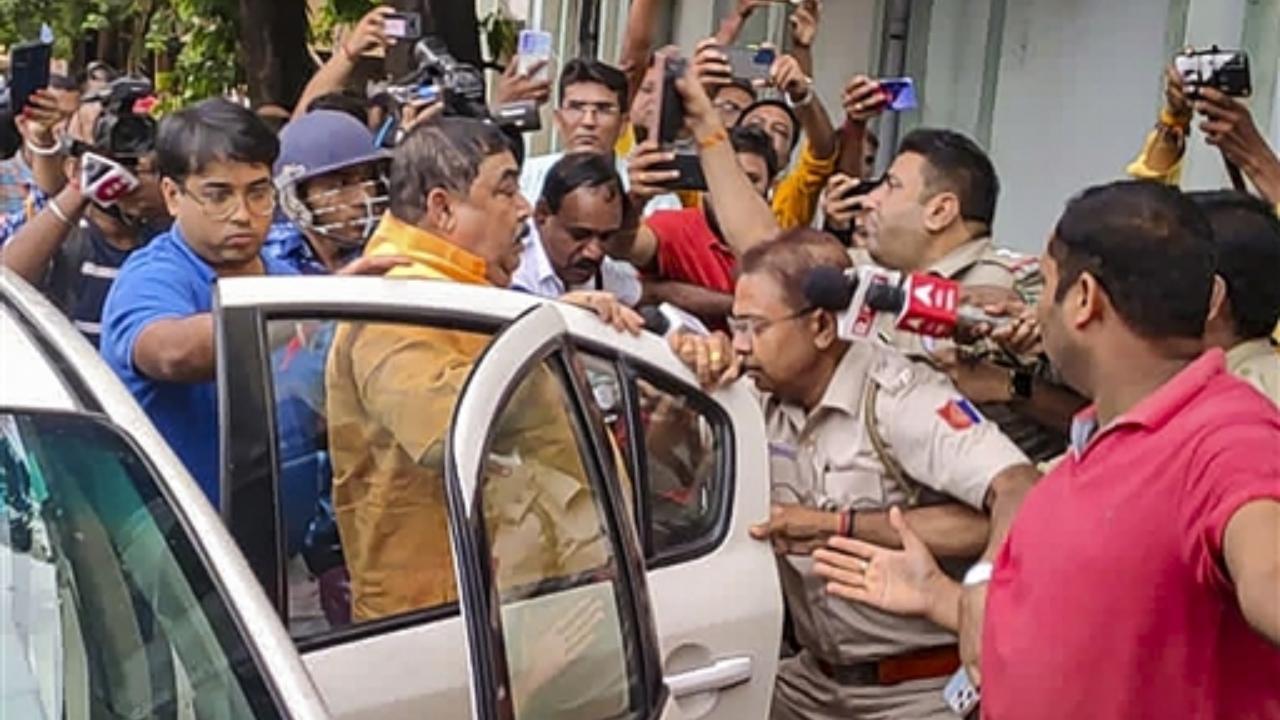 
TMC leader Anubrata Mondal was taken to the CBI's office at Nizam Palace on Sunday after medical check-up at the defence's Command Hospital in Kolkata, officials said.

Mondal, who has several chronic ailments, underwent several tests at the hospital and was checked by a team of doctors. The medical examinations were done on the direction of the court, which asked the agency to monitor his health condition regularly, they said.

He was then taken to the CBI's Nizam Palace office for further questioning in the cattle smuggling case.

A CBI team arrested Mondal, the TMC's Birbhum district president, on Thursday after picking him up from his Bolpur residence.

Next Story : Terror module busted in Punjab ahead of Independence Day