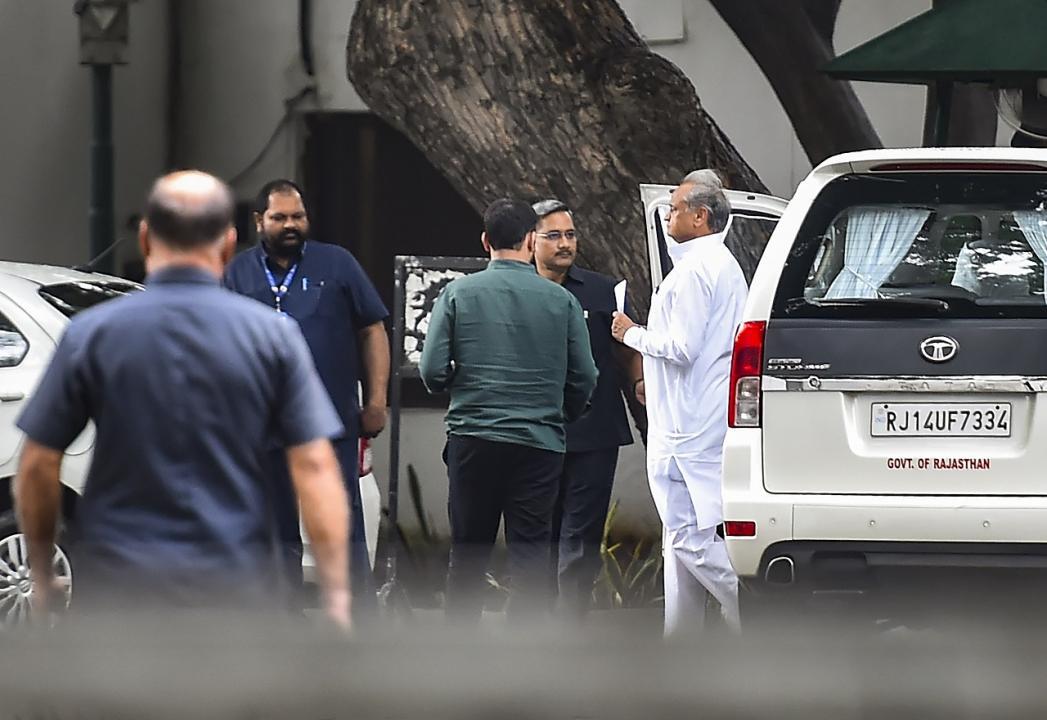 Sources said the Congress presidential poll was on the agenda during the discussions between Gehlot and Sonia Gandhi.

The Rajasthan chief minister met Sonia Gandhi at her 10, Janpath residence and is expected to fly to Mumbai later in the day. He is expected to reach Kochi on Thursday and make a last-ditch effort to convince Rahul Gandhi to take over the reins of the party.

Talking to reporters after landing here from Jaipur, Gehlot, in a clear indication that he could throw his hat in the ring for the Congress presidential poll, said he will file his nomination if the party people wish so and fulfil any responsibility given to him.

However, he also said he will make a last-ditch effort to convince Rahul Gandhi to take up the party president's post.

Gehlot said he will take decisions with which the Congress is strengthened.

"The party and the high-command have given me everything. I have been on posts for 40-50 years. For me, no post is important, I will fulfil any responsibility given to me," he said.

On Tuesday, Gehlot had told the Congress MLAs in Rajasthan that they will be asked to come to New Delhi if he decides to file his nomination for the party's presidential election.

The meeting between Gehlot and Sonia Gandhi comes just a day before the Congress's central election authority would issue a notification for the All India Congress Committee (AICC) presidential poll.

After more than two decades, the Congress is likely to see a contest for the post of its chief, with Shashi Tharoor looking set to enter the fray after his meeting with Sonia Gandhi and Gehlot indicating that he will throw his hat in the ring if Rahul Gandhi does not agree to take on the party's reins.

The process of filing nominations for the election will be held from September 24 to September 30.

The election, if there is more than one candidate, will be held on October 17, while the counting of votes, if necessary, and the declaration of results would be on October 19.

Next Story : Ratan Tata, others join as trustees of PM CARES Fund