However, two trains got stranded, each with about 1400 passengers, NF Railway said in an official statement 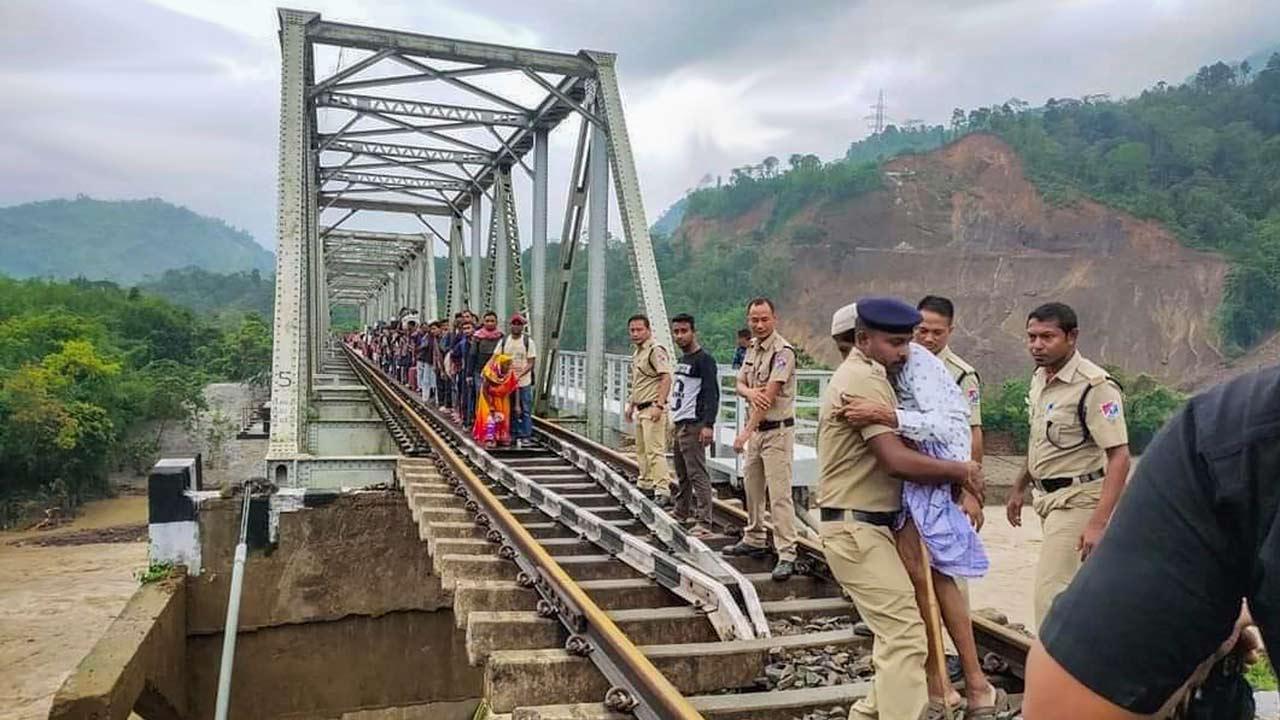 
In view of incessant rain, landslides and waterlogging at several locations in the Lumding-Badarpur hill section of the Lumding division, Northeast Frontier Railway made changes in train services over the section due to this serious condition. However, two trains got stranded, each with about 1400 passengers, NF Railway said in an official statement.

Around 1,245 railway passengers stranded at Ditokcherra station have been brought up to Badarpur and Silchar and 119 passengers have been airlifted by the Indian Air Force to Silchar, the Railway said in a statement. Stranded passengers at New Haflong station are being moved to Maibang station by bus. From Maibang station, relief train connectivity up to Guwahati has been provided.

A total of 204 passengers have already left for Guwahati from Maibang. The remaining passengers at New Haflong are also being moved to Maibang where another relief train is waiting to take them to Guwahati. The Railway Protection Force (RPF) of Northeast Frontier Railway remains on the forefront.

They swung into action and rescued stranded passengers by carrying them on their shoulders from one side of the damaged bridge to the other between Ditokcherra and Bandarkhal. The Railway while putting efforts into rescuing the stranded passengers is taking care of sanitation and ensuring medical facilities for every passenger. Food and drinking water have also been supplied to them.