The screening of the documentary was scheduled around 6 pm. The varsity had said on Tuesday that the administration will not allow any unauthorised gatherings on campus after the SFI announced the screening 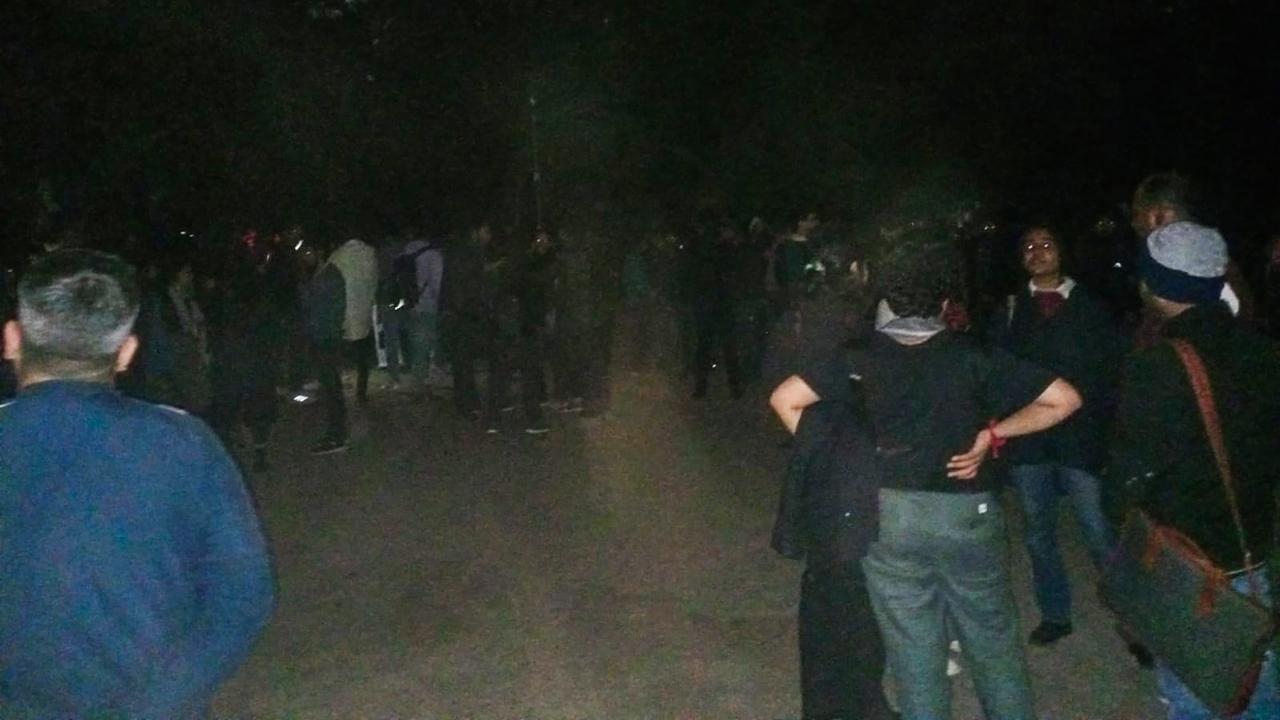 Students stand outside the JNUSU Office alleging that the JNU administration has cut off electricity supply to prevent the screening of BBC documentary. File Pic/PTI


Four Jamia Millia Islamia University students associated with student outfit Students' Federation of India (SFI) were detained while classes were suspended after the screening of a controversial BBC documentary on Prime Minister Narendra Modi was announced at the Mass Communication department in the evening on Wednesday.

Meanwhile, police teams with riot gear were also deployed near the varsity gate.

The screening of the documentary was scheduled around 6 pm. However, the varsity had said on Tuesday that the administration will not allow any unauthorised gatherings on campus after the SFI announced the screening.

A high drama prevailed at the Jawaharlal Nehru University (JNU) campus on Tuesday late evening after the students alleged that they were attacked with stones while watching the controversial BBC documentary on Prime Minister Narendra Modi.

When asked about the incident, the DCP said "I repeat again no such incident has been reported to us so far."

"If we receive a complaint from any section of JNU, necessary legal action as deemed appropriate will be taken," said the DCP.

Meanwhile, internet service and electricity connection at the office of the JNU Students' Union (JNUSU) were snapped for around three hours on Tuesday after some students wanted to screen the BBC documentary on Prime Minister Narendra Modi.

The JNU administration had earlier asked the students to cancel the screening of the documentary -- 'India: The Modi Question'.

The varsity administration, in a stern warning, told the students that disciplinary action may be initiated as per the university rules if anyone screens the documentary.

Should housing societies be more cautious with their elevators and sewer lines?